CBS is coming back with one of the highest-rated reality TV shows Big Brother. The show is coming back with its 23rd season this year. Big Brother first started back in 2000 and became popular right away. In the show, complete strangers from all over America meet and stay together in a big mansion. Isolating from the outside world, they just survive in the house. Different countries have their own versions of Big Brother and it’s very popular globally.

While staying in the house they have to follow a bunch of rules and a time schedule and not following them might lead to the housemates’ disqualification from the show. The rules include the people in the house not having any contact with outside people, always wearing the microphone, no whispering, and the confidential talks in the ‘Diary room.’ The people in the Big Brother house live under a high surveillance camera and microphones recording them all day. Other than the time schedule and rules, they perform tasks to get more chance at winning. Every weekend one person gets voted out. The last one standing gets the prize of $500,00 home.

Julie Chen will be coming back as the host of the show. She is irreplaceable. The show will have 16 contestants living in the house. They will live together throughout the summer. All of them are in their 20s to 40s. They will be living in the exclusive BB Beach Club. The club has been described as the “house-meets-boutique hotel on the ocean, with some really fun elements that play into the theme.” All of them come from different professions including a start-up founder, farmer, kindergarten teacher, flight attendant, make-up artist, forensic scientist, and attorney, among others. 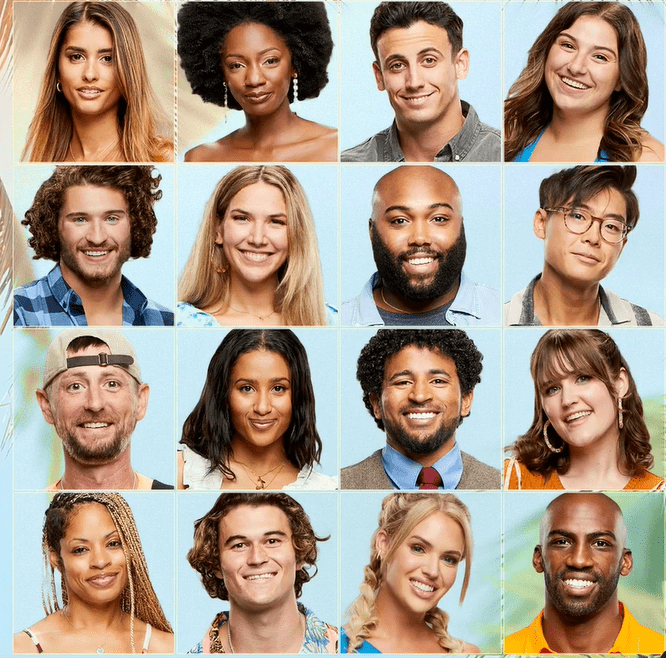 What Happened in Episode 1?

This year the show might have some new changes to make it more interesting. After the premiere of episode one, Chen revealed the new challenged that are about to come in the show. For the first month, the housemates are going to play and complete the tasks in teams. They will be divided into four teams called The Jokers, The Kings, The Aces, and The Queens. Each team will have two men and two ladies. They also revealed that the punishments this year would be harder than in previous seasons. Chen also hinted at possible wild card entry coming later into the show. This year the prize money has also been increased to $750,000.

In an interview, the show producer Rich Meehan talked about the hard to decline offers that Chen will be making at the end of every episode. In the episode premiere, Frenchie was given such an offer. He had a chance to save himself and his team from two weeks of eviction if he could complete the dice challenge. He refused and played safe as if he had failed, he might’ve lost his first-week immunity.

When and Where To Watch Big Brother 2021?

Big Brother 2021 premiered its first episode on July 7, 2021. The next episode will come out on July 11, 2021. The episodes will air on Sundays and Wednesdays from 8 pm to 9 pm. On Thursdays, Chen will be taking the stage and the eviction of the voted-out member will take place. The show will be available on the channel CBS on the old cable TV. But if you have already ditched the cable TV and moved to OTT, even then you have multiple options too. The new season will be streaming on services like fubo tv and the paramount plus and the CBS website.