How To Watch Amphibia Online?

Amphibia is an animated television series that premieres on the American pay television channel Disney. It is an adventure comedy show with an essence of fantasy in it. Disney’s Amphibia is a show created by Matt Braly. Matt is a famous Thai-American animator, director, and producer. The show has been a huge success among the younger generation. Likewise, it got much appreciated by the older ones as well. The first season premiered on June 17, 2019. The show was renewed for the second and third seasons. This happened due to the positive responses from the viewers all over the world.

The animated series features the voices of various celebrities. Some of them are Amanda Leighton, Justin Felbinger, Bill Farmer, and Brenda Song, among others. Matt revealed that he was behind the show even before the show was greenlit by Disney on February 19, 2018. Amphibia and The Owl House were simultaneously greenlit by the channel. Likewise, the show’s second season got renewed on May 15, 2019. In the same way, the third season was greenlit by the Disney Channel on June 23, 2020. This season is expected to be the final season, as told by Matt in an interview. 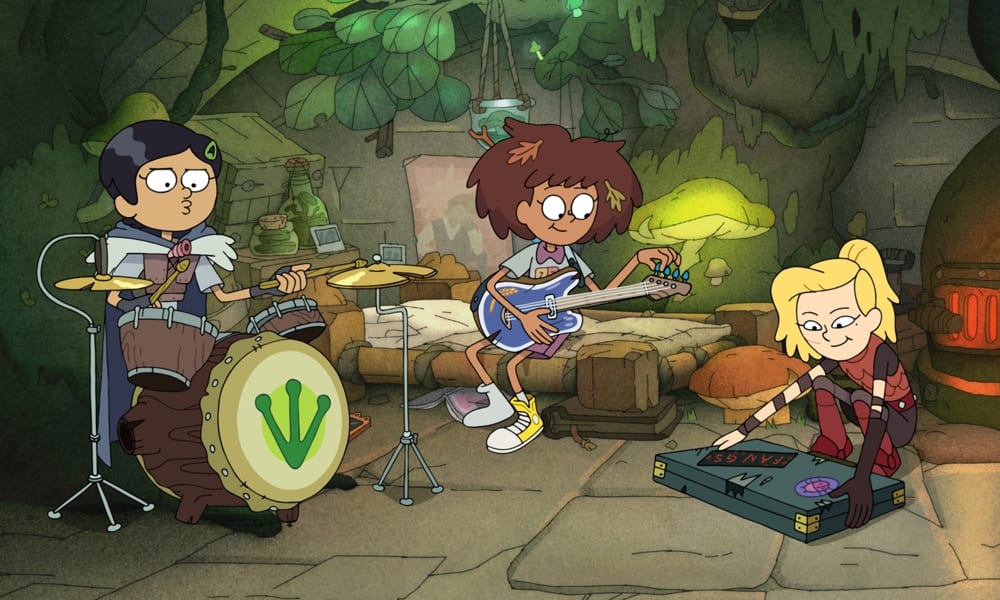 Matt recalled that this show has been made into three acts, with the second season being the second act itself. Thus, the possibility of the third season being an end to this fantasy series is very high. Amphibia is based on Matt’s childhood trips to Bangkok in Thailand. Braly got the inspiration for storytelling for this show from Gravity Falls and Steven Universe. These two are another animated television series once premiered on Disney and Disney XD.

Where to watch Amphibia online?

Those who have heard about the show recently might be familiar with this question. Viewers all over the world are curious to know where to access this show. Well, here is the information. This show’s second season started on July 11, 2020, and concluded after 20 episodes filled with humor and fantasy. The series recently concluded on May 22, 2021, on the Disney Channel and Disney XD. One can watch the show on Disney’s official website. Likewise, the viewers can watch Amphibia on Amazon Prime Video.

The two-season series has aired a total of 40 episodes as of now. The announcement of the renewal of the show for its third season has made the fans curious about what will happen next in the series. As of now, there has been no announcement of the release date, but the blockbuster show is expected to return somewhere in 2022. The musician behind the show is T. J. Hill. Whereas the animation has been performed by Rough Draft Korea, Sunmin Image Pictures, and Saerom.

The story revolves around an adventurous girl who is just 13 years in age. She belongs to a Thai-American community and goes by the name Anne Boonchuy. Brenda Song is the voice behind this character. No doubt Brenda has nailed at her job. The plot shows a mysterious island where Anne and two of her friends – Sasha Waybright and Marcy Wu, are separated. The three of them are transported to a mysterious island. The island is home to various amphibians and dangerous creatures. The frog family on the mysterious island takes in Anne as their family member. They were named the Plantars. Likewise, the other two manage to survive on the island. Therefore, the story takes an ugly turn when Sasha befriends Captain Grime, who is the villain. The latter wants to have control over the Frog Valley.

Similarly, in the second season, Anne goes on a road trip with the Plantars. They move towards the Amphibian capitol of Newtopia and discover some secrets about the mystery box, which is the cause behind the teleport. Meanwhile, Anne reunites with Marcy. Together they try to solve the mystery so that they can find the way back home. Here, the villain is Newtopia’s  King Andrias. He has some cruel plans. The second season thus revolves around the box and the new villain. All this chaos leads to the rule of toads over the Amphibia.

This show is a must-watch for the younger generation. It teaches the value of friendship as well as love and care. The bond between two people, no matter what their relationship is, should be filled with warmth and humanity. Likewise, the story unfolds the worth of a hero in everyone’s life.

Also Read: Amphibia Season 3: What We Know So Far

Toby and Kate Divorce In This Is US Season 5: It Is Really Happening?

Toby and Kate Divorce In This Is US Season 5: It Is Really Happening?