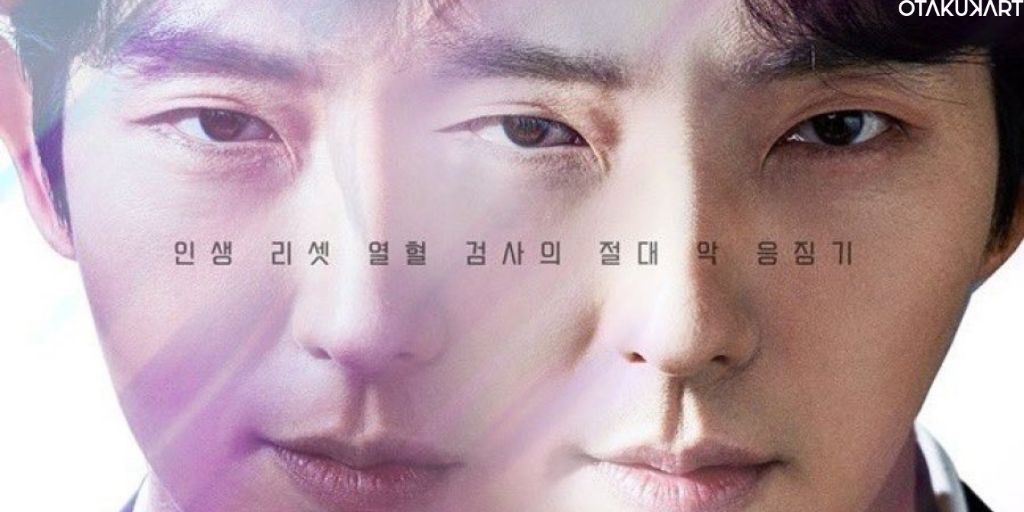 Again My life is another addition to amazing law k-dramas. The brings out the thrilling aspect that every law K-dramas has but adds a fun twist to its plot with the fantasy elements. So, How to watch Again My Life Right Now? The show centralizes around a character named Kim Hee Won and his death. Kim Hee Won was not the best student in his class and was actually a student with very low marks throughout his high school. Kim Hee Won had the lowest rankings ever in his high school. But that did not stop him from achieving his dream. He turned a new leaf and started studying really hard and diligently to reach his goal.

Through all of his hard work, he got into a good university and was even able to pass the bar exam. Now, Kim Hee Sun is a prosecutor who is fighting against a possibly corrupt politician when he found himself facing his death. The odd thing was that even though Kim hee Woo was killed, he found himself back alive. Not everyone gets a second life like Kim Hee Woo. Kim Hee Woo used this second chance to fight the politician Cho Tae Sub and reveal his crimes to the world. With such an interesting story like this, the K-drama has been really popular. If you want to find out more about where to watch Again My Life and about its excellent cast, keep reading!

Where To Watch Again My Life?

Korean viewers can conveniently choose to watch the episodes of Again My Life on their television itself. In South Korea, episodes of the K-series are currently being aired on SBS on Friday and Saturdays every night at 10 PM KST. Meanwhile, the left-out audience could choose to watch the Again My Life on Rakuten Viki. Although to watch the k-series on Rakuten Viki, you at least need a standard subscription. Also, the airing time of the new episodes of the K-series is- 8:00 pm in Canada, 12:00 am in Australia, 1:00 pm in the United Kingdom, 6:30 pm in India, and 10:00 pm in the United States.

The show has been gathering a huge audience with its awesome storytelling, you might miss out on amazing things if you do not watch this K-drama. So, do not forget to mark your calendars and watch the show!

The Splendid Cast Of The K-drama Again My Life

If Lee Jong Gi is in a K-drama, it is proof that the storyline will surely blow you away. Lee Jong Gi has a knack for crime and law k-dramas. He has starred as Baek Hee Seong in Flower Of Evil and Bong Sang Pil in Lawless lawyer. Although, Lee Jong Gi has shown his diversity as an actor by starring in roles like Wang So ( Moon Lovers: Scarlet Heart Ryeo). Next up is Lee Kyung Young, who stars as the corrupt politician in this K-drama. He has played the role of many politicians before, too, such as the Park Seung Joong, who was a presidential candidate in Vincenzo. He is to act the role of Goo Jin Ki in Doctor Lawyer and Hang Seong Beom in ‘Why Her?’.

Another talented actress in Again My Life is Kim Ji Eun. Kim Ji Eun has been gifting fans with a lot of mystery fill-ed kdramas. She has acted as Min Joo in Children Of Nobody, Min Ji Eun in Strangers from Hell, and Yoo Je Yi in the Veil. Still, we have got to see her in a rom-com called I Have Three Boyfriends, where she plays the role of the lovely female lead Ra Hee. Lastly, Jung Sang Hoon is the actor who plays the role of Lee Min Soo, Kim Hee Woo’s all-rounder friend. Jung Sang Hoon is more popularly known as a member of the variety show ‘Saturday Night live Korea’. Some of his roles in K-dramas include Jung Kwa Jung ( Hanging On) and Lee Ban Seok ( Team Bulldog: off-duty Investigation).

With a spectacular cast and enthralling storyline, it is fair enough to give Again My Life a chance!