How To Unlock Neymar Jr Skin in Fortnite? Full Guide 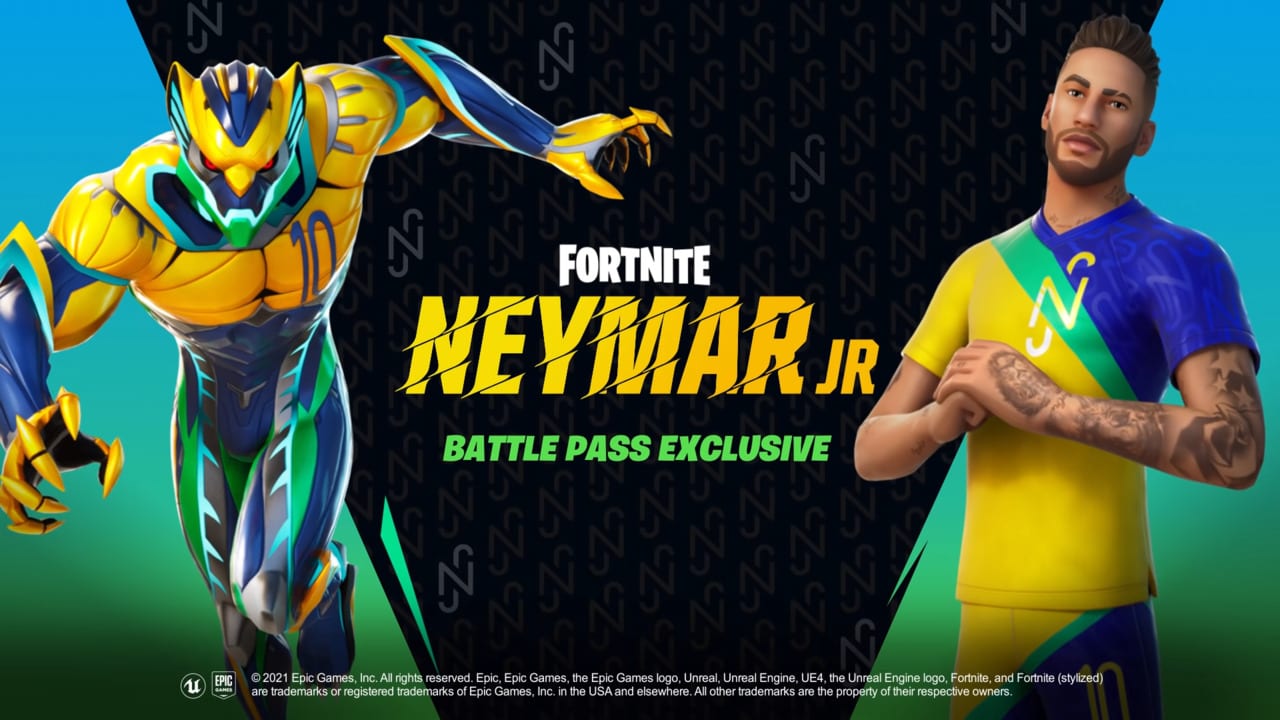 Neymar has joined the list of exclusive character skins which already had big names like Deadpool, Aquaman, and Wolverine in the previous seasons. Every season Fortnite brings special skins in collaboration with a real-world celebrity. Neymar becomes the first soccer player to tie up with Fortnite. If you don’t know Neymar, then let me tell you. Neymar is a Brazilian footballer, and he currently plays for a club called Paris-Saint-Germain. He is the player with the costliest transfer fee ever in the history of football. He is an elite player and could go down as one of the best to ever grace the sport.

Now, talking about Neymar Jr inside Fortnite, fans are excited to have his skins in the game, and everyone is already finding answers to how they can unlock these skins and show off a bit. Usually, Fortnite asks players to complete a progressive task that is connected. Once your progress bar reaches 100, you get the exclusive skins. This time, there is a change, though. You will have to complete a series of special challenges if you want to get access to those cool skins.  Let’s have a look at what the challenges are and how you can do them.

There are three rewards, actually. The first one is a soccer ball emote and a Neymar Jr Banner. The second is the Maraodor Loading Screen, and the third is the Neymar Jr outfit. The third reward is the biggest one. In order to unlock the Soccer ball and Neymar Jr banner, you will have to talk to an island soccer character.

Soccer characters are NPC’s added in the game by Fortnite, and you can find them on the soccer field. There are three soccer fields in the game where you can find these characters. There will be a lot of rush in all the spots initially because everyone wants the skin first. You can either play in that rush and try to do your quests or just wait till the buzz fades away. Once the crowd is less, it is very easy to do the quests and get your skin.

To sum up, everything, find a soccer character location, do 5 quests, and get your standard Neymar Jr skin. Want extra rewards? Do the above-stated tasks, and you are good to go. Well, it’s not done yet. You have just unlocked the standard kin of Neymar Jr. There are two more skins left. They are Primal forms of Neymar. One is the general Primal form, and the second is the Exhibition form. Let’s see what do you have to do to unlock them.

First of all, you will need an Shhh to emote. For that, you must eliminate 3 enemies as Neymar Jr. Now you have the Shhh emote. After this use, your standard skin and Shhh emote to get the first primal form.

In order to get the second primal form, you will have to complete a certain number of Epic Quests using Shhh. You do all the required quests; you unlock every skin and reward related to Neymar. This is it. Congrats!

The skin is out already. Neymar Jr’s skin launched yesterday on April 27th, 2021. If we look at specific timings, the skin was launched around 8 am BST(UK), 9 am CEST(Europe), 3 am EDT(East Coast the US), and 11 pm PDT(West Coast US).

There was a patch to download before you could start enjoying the game. A lot of people would have already completed all the quests by now. Are you one of them? If yes, then do let us know your thoughts on the difficulty of the quests and how did you manage to do it so quickly.

What is Lee Kwang Soo’s Net Worth? Career & Awards So Far

Who Is Angela Yee Dating, Why She Is Not On Talking Terms With Her Co-Host?