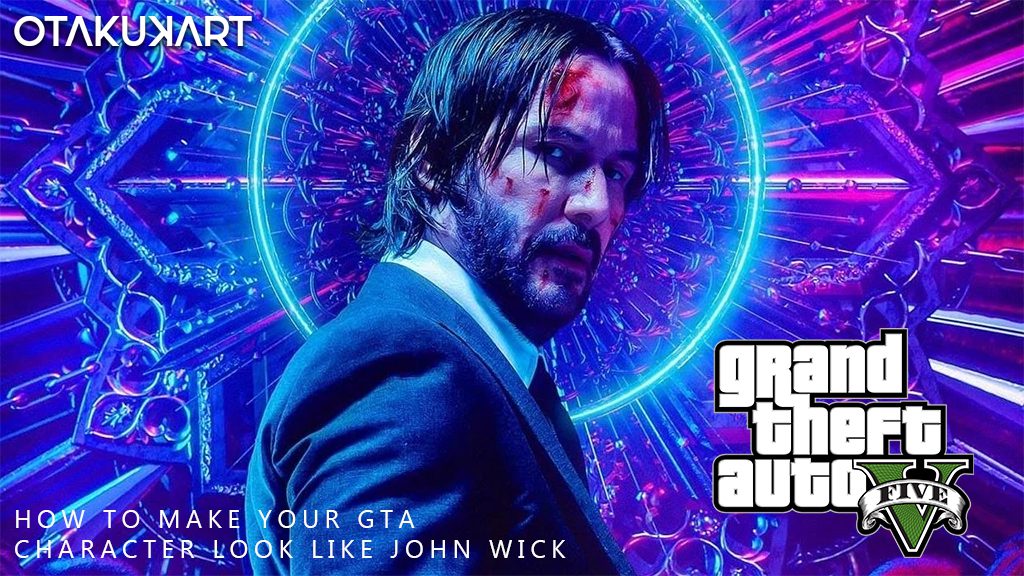 How To Make Your GTA Character Look Like John Wick? Undoubtedly, the GTA franchise tops every list when we are talking about an amazing open-world games list. The first installment in the Grand Theft Auto franchise was released in 1997. It has been 24 years since the release of the first GTA game, and now it has seven games in the franchise. Still, the fandom of this action-adventure just keeps growing. The latest installment in Rockstar’s most successful video game series is the GTA V, which came out in 2013.

Even after nine years since the release of GTA 5, it is one of the most beloved games around the globe. This action-adventure allows the players to take on the criminal life of three characters: Michael, Trevor, and Franklin. The trio goes through many adventures like robbery, killing rivals, and even working with intelligence services. However, the game also allows a multiplayer mode, where players can build their criminal empire and can either team up or go against other players online. However, the best thing about the game is that it allows the players to customize the look of their character. Either they can use mods to customize their characters from a wide variety of options to their choice in the online mode.

Therefore, we will look at how to make your GTA character look like John Wick. Undoubtedly, the main hitman from the John Wick franchise is an absolute favorite. He is one of the most popular characters of the actor, Keanu  Reeves. Therefore, gamers would love to play as John Wick in GTA V. Thus, follow this article to play with John Wick look alike in both online and offline mode of GTA V.

Who Is John Wick?

John Wick is a hitman with quite a reputation in the profession of killing. He was famous as ‘Baba Yaga’ or ‘The Boogeyman’ who can kill anybody. However, John quit his ways of living after meeting his wife, Helen Wick. However, the happy days of John were not forever. Soon his beloved wife passes away. But Helen left a final present, a Beagle, for her husband. John’s past came haunting him one day when his previous boss’s son not only thefts his car but also killing his dog. These events led John Wick to return to his old ways of a legendary hitman. 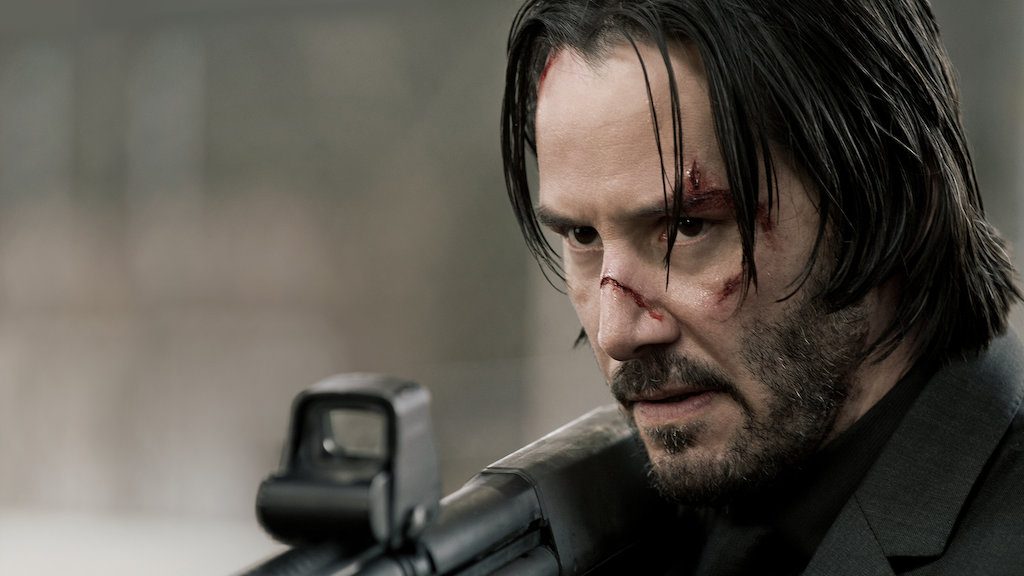 The entire John Wick franchise is an enormous hit. Undoubtedly, the main character, John Wick, received more love from the audience because of Keanu Reeves portraying the character of the legendary hitman. Reeves himself is one of the most loved actors in the world. Therefore, fans more want to be like his character Wick, but that wouldn’t be possible in real life.

How To Become ‘The Boogeyman’ in GTA V?

The most popular fact about the Grand Theft Auto franchise has been the use of Mods and Cheats in the game. Unlike most games where using a mod and cheat can ruin the experience of a game. GTA instead becomes more enjoyable with mods and cheats. Mods or cheats are external codes or designs for a game that was not initially present in the game. These mods are never officials as independent programmers and designers come up with these. 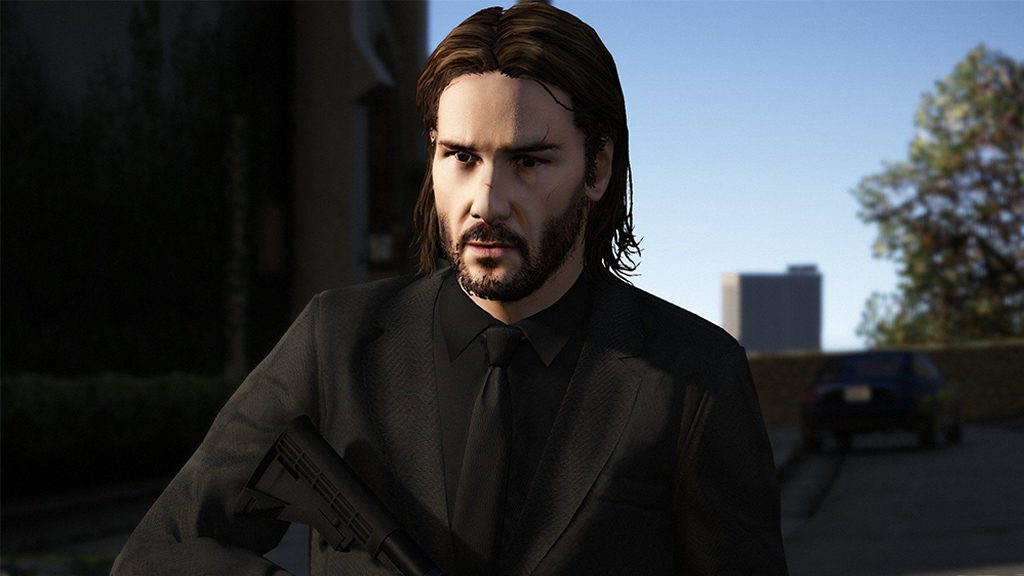 The Grand Theft Auto V comes with three protagonists: Franklin, Michael, and Trevor. The player can change the hairstyle and the clothing of the trio. Further, none of the three protagonists resembles John Wick. Thus, the only way to get John Wick in the GTA story. So the players can get a John Wick mod online. Also, you can get Mr. Wick’s legendary weapon, a pencil, to play the action-adventure game. But be cautious while installing mods.

How To Become John Wick Look-Alike In GTA Without Mods?

As we told you to play as John Wick, you would require to get a John Wick mod. However, there is another way to look like John Wick, and that too without using any mod. But this feature is only limited to GTA Online. The multiplayer mode of GTA V allows the players to create their characters from scratch. Further, the options to create the suite look for the character is vast. Therefore, making your game character like Johnathan Wick is possible in GTA Online without mods. Follow the steps to look like Walter White in GTA V. 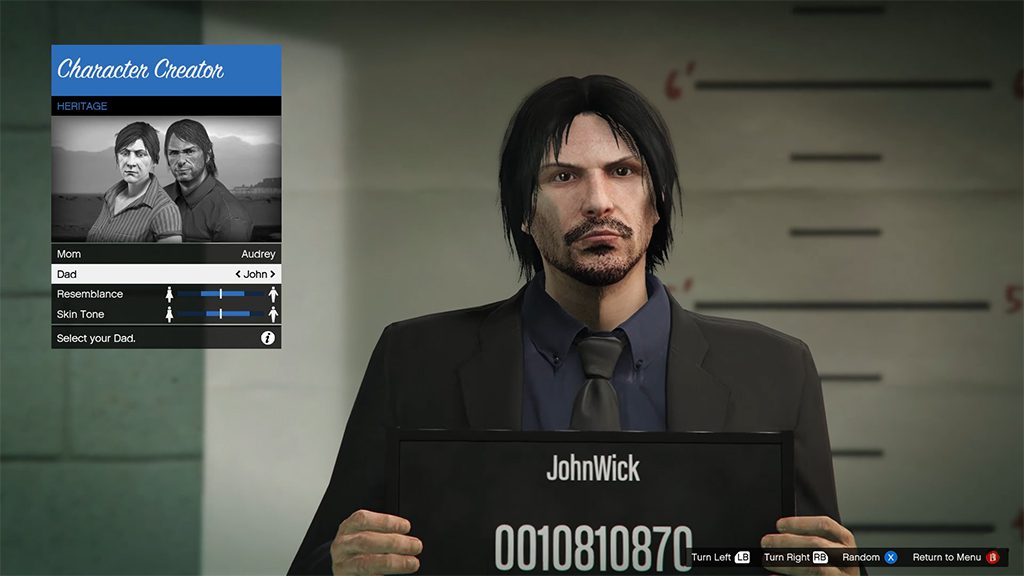 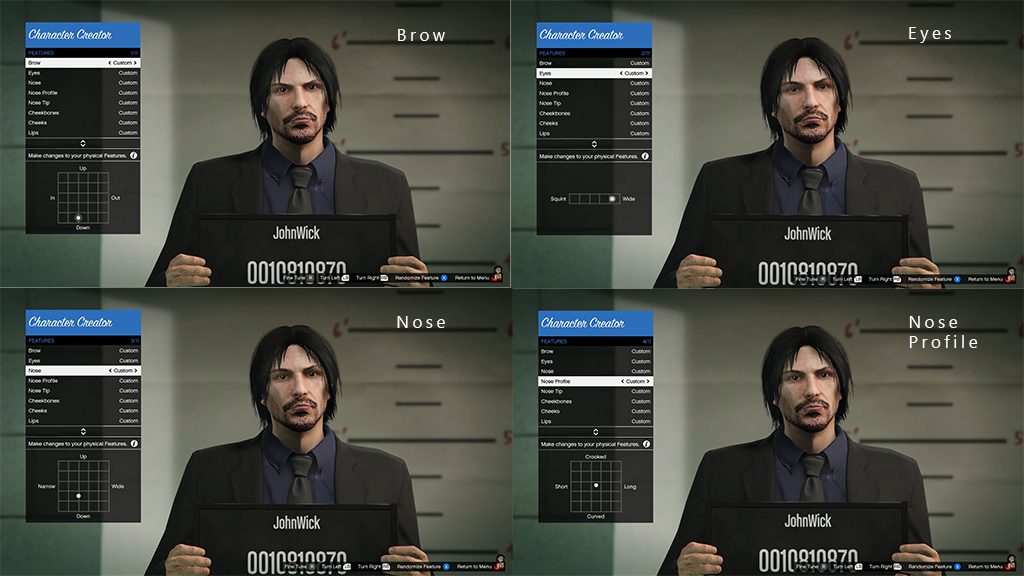 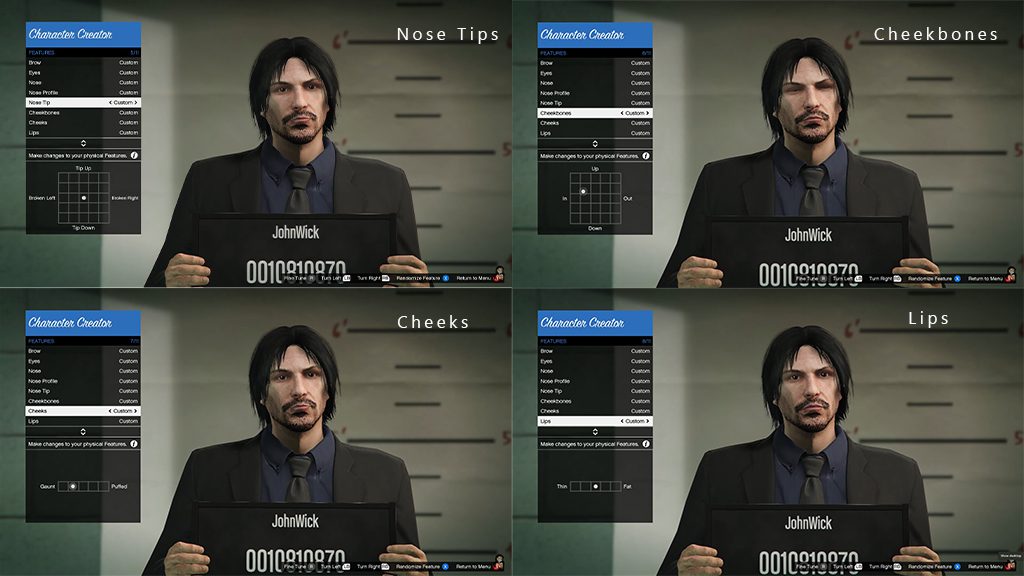 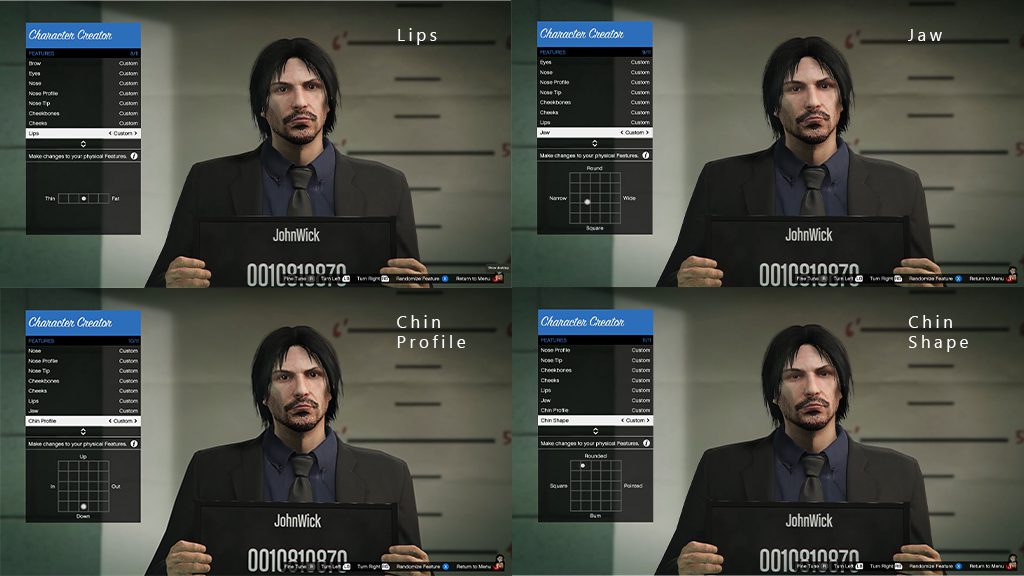 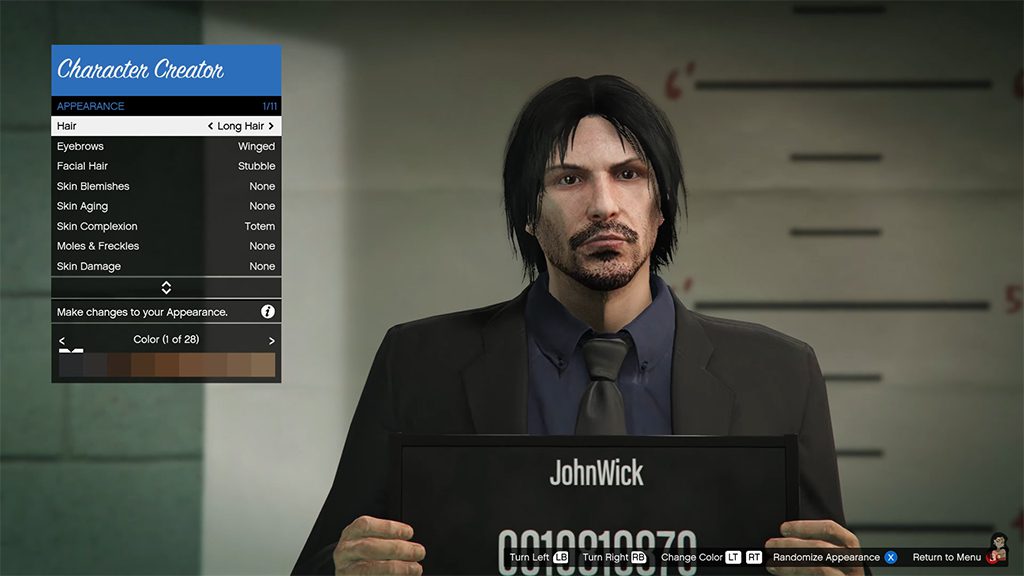 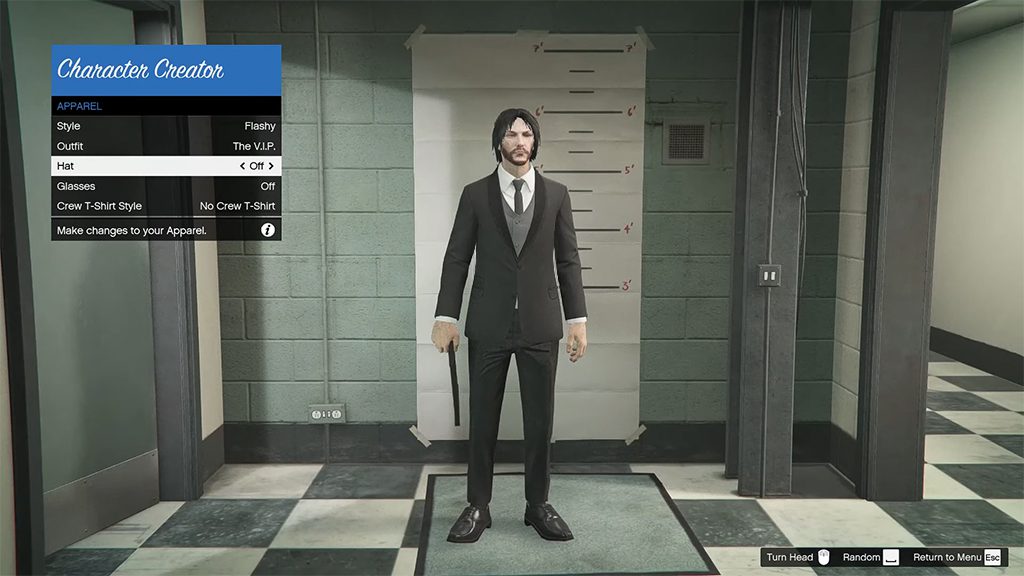 These are all the steps you need to follow to make your GTA character look like John Wick. Now, you can get a car similar to John Wick from the movie and buy a lot of guns. And, you are all set to take on the other GTA Oline players as the infamous hitman John ‘The Boogeyman’ Wick.

Also Read: How To Make Your GTA Character Look Like Walter White From Breaking Bad?