How to get Mega Energy in Pokémon Go?

Mega Energy is a new Pokémon Go consumable that, like Pokémon Candy, transforms Pokémon into Mega forms for eight hours. 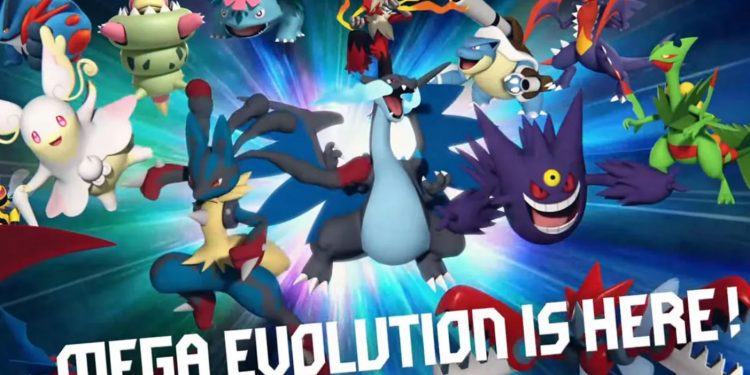 Knowing how to acquire Pokemon GO Mega Energy is a necessary component of Mega Evolution. It is a new feature of the game along with Mega Evolution. Like its video game equivalent, it temporarily transforms select Pokemon into more powerful versions of themselves. Therefore, trainers will require Mega Energy to complete this transformation in Pokemon GO. So, how do you get mega energy in Pokémon Go?

Mega Energy is a new Pokemon Go consumable that, like Pokemon Candy, transforms Pokemon into Mega forms for eight hours. There are various events that might cause Mega Evolution to last longer than eight hours. Trainers may deploy Mega Evolved Pokemon to take on Raid Pokemon, Gym Pokemon, and Team GO Rocket.

Using Mega Evolution, you may create powerful Pokémon and make them even more powerful. This feature is now available in Pokémon Go. When it comes to getting Mega Energy and using it to power up your Pokémon, we’ll cover everything from candy and candy bonuses to raids and more in our Pokémon Go tutorial.

How do you Mega Evolve?

Mega Pokédex entries are a major selling point for people who want to keep their Pokémon in their collection for a long time. On the other hand, the powerful new form of your massively evolved Pokémon will only last for eight hours. It returns to its former state after that.

Yes, Mega Evolution makes your Pokémon stronger, but there are a few additional benefits to having and using a Mega Evolved Pokémon. One benefit is more candy for that kind of Pokémon. When you capture Buneary or Lopunny while you have a Mega Lopunny active, you will get additional candy.

When you raid with Mega Evolved Pokémon, they increase the stats of your friends’ Pokémon and grant an extra type bonus to Pokémon of the same kind. Normal and fighting-type moves, for example, will be increased if you employ a Mega Lopunny.

How do you get mega energy in Pokémon Go?

In raids, you may battle mega evolved Pokémon and gain the mega energy of the Pokémon you’re battling. However, the sooner you finish the raid, the more mega energy you’ll get. Completing some research projects will provide you with mega energy for a certain Pokémon. You may also acquire enormous energy by going on a stroll with your friend’s Pokémon.

However, you must have previously super-evolved a Pokémon in your friend’s evolutionary line to get this benefit. So, if you have Mega Blastoise in your Mega Pokédex and make Squirtle your companion, you’ll have mega energy while traveling with your partner.

To make matters more difficult, mega evolved Pokémon are not always accessible in raids, which is unfortunate since fighting them is the fastest method to get mega energy. When a mega evolution appears in raids, be sure to load up on mega energy before it departs.

A maximum of 2,000 mega energy may be carried by each Pokémon species. However, since mega energy is scarce, this is unlikely to ever be an issue.

How Much Mega Energy do you need?

There are two expenses associated with each Mega Evolution. The quantity required to Mega Evolve a species for the first time is referred to as the initial Mega Energy cost. This is the most expensive option. After that, every successive Mega Evolution of that species is drastically diminished.

There are more Mega Pokemon still to be launched in Pokemon GO, but here’s a list of every evolution presented so far, along with the original Mega Energy cost and the cost to Mega Evolve after the first time.

What Anime is Stay With Me from?