How To Get Bones In Animal Crossing? 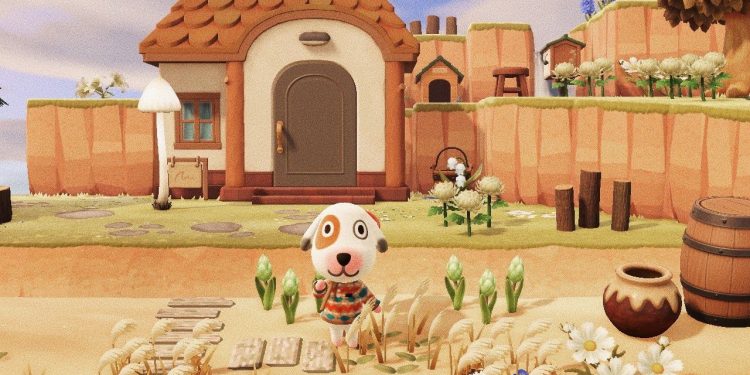 It is the fifteenth best-selling video game in the world and the second most selling game on Nintendo Switch. One of the biggest reasons for the game’s success is that it was released during the start of the first lockdown due to the Covid pandemic. Furthermore, players can talk to their friends and go for quests together, which was something people wanted to do during the lockdown. Another reason is that game is extremely addicting and follows the real-time concept. Read on to find out how can you get bones, the lazy dog in Animal Crossing: New Horizons.

Bones is a popular dog villager in the Animal Crossing franchise. He is a lazy dog and has appeared in every sequel of the game. His play in the game is Hobby. He has a funny appearance with a big light brown patch around one eye. Bones has a huge head with big floppy ears and creamy-white skin color. He looks similar to an animated beagle dog. You will find him wearing a ‘Printed Fleece Sweater’ along with a ‘Caveman Tank’ in the game initially.

But, his clothes keep on changing in the game. Bones’ go-to catchphrase in the game is ‘YIP-YIP’. Due to his chill and friendly nature, Bones is very easy to get along with as a villager. Furthermore, he loves to joke around everyone. One thing to note is that he loves to do nothing, chill and have a weakness for food. So, he will make fun of other villagers or players who have a fit and active lifestyle.

How to get Bones in Animal Crossing?

The thing about Bones is that he is a dog villager, and it can be tricky to get him on your own in the game. Usually, villagers appear randomly in the game, and then you can invite them to your house if you want to. As there is no guaranteed way to get Bones in Animal Crossing, you can try these two ways to increase your chances of getting Bones. One way you can try is by flying to an island using your Nook Miles. You can check if he is available on the island. And the other way is that you can wait for Bones at your Campsite.

What are some facts about Bones of the Animal Crossing Franchise?

Bones is one of the most popular villagers in the Animal Crossing franchise. Players love him because of his amiable, sweet, chill, and lazy personality. Although he does look scary at first, he is a total sweetheart at heart. Due to his amazing personality, a lot of players want him to be a villager on their islands. Bone is an explorer by heart and was born on August 4. You can celebrate Bones birthday in the game. It is very easy to find him on his birthday.

You will find him hanging out with the majority of the villagers on your island. You have to meet and spend the day with Bones on his special day. In New Horizons, Bones has a library theme house. You can play games with him in his house. By meeting Bones on his birthday, you improve your relationship with him. You can do various things to boost your relationship with him, especially on his birthday. You can give him a cute present, and it doesn’t matter if it’s a small gift.

Ryman’s Club Episode 1: All To Know About it