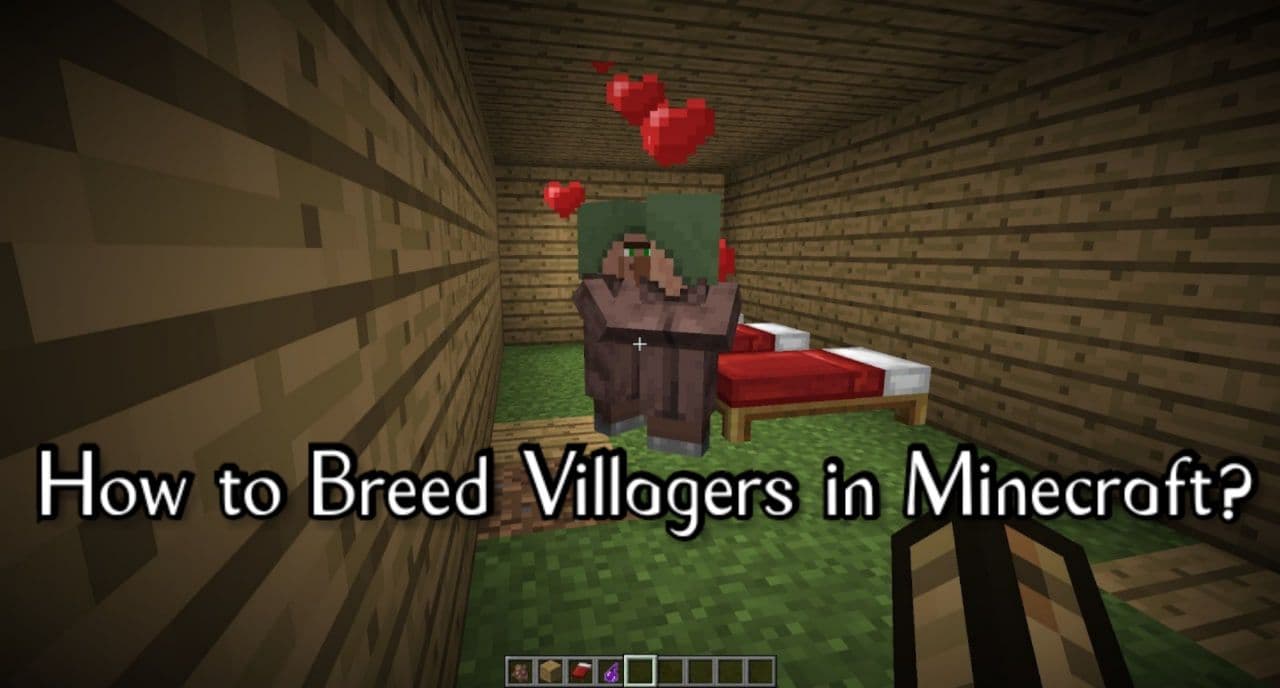 How to Breed Villagers in Minecraft

How to Breed Villagers in Minecraft? Well, this article will take you through all the possible ways in which you can have more and more villagers in your Minecraft world. But, just having villagers in the world won’t help as a player should have a village in the first place. Minecraft is such a game that provides a player with an infinite number of explorable things, which can give a boost to the creativity of a player. Even if a player wants to set up his kingdom, then also he has the freedom to do so.

Therefore, owning at least a village is a must and opening a lot of opportunities to experience enhanced gameplay. It also helps a player explore the infinite Minecraft world better. After owning a village, a person needs to have a villager there; otherwise, living in an empty village will certainly not take a noob to pro level. Therefore, we are here to give you as many possible ways to have villagers, and we will answer as to how to breed villagers in Minecraft?

Well, before taking you to the answers, let’s have a discussion on these neutral mobs called Villagers. So, these neutral mobs, aka villagers, are basically the traders. These people are the ones responsible for the trading system in the village. Just like the barter system, they provide a number of goods in exchange for emeralds. Also, if you do not have emeralds, then don’t worry; they can take exchange the products for any other goods. Further, they multiply and increase their number, and if your village has a good number of the population, then your village is not far away from being the best one among your friends. However, this will only happen when a player knows How to breed villagers in Minecraft? So, stick to the article and do try the ways discussed here.

How to Breed Villagers in Minecraft?

In a village, if a player has at least two villagers in his village, then it becomes really very easy to make them breed. However, it becomes difficult when a player has just completed a village, and he does not have a single villager there. He has to get them from anywhere. As the Minecraft world is infinite, so it already has several settled villages in different places, but a player might face difficulty to capture those villages because of golems or other mobs. So, it’s better to own a village. Also, there are many players who play either survival or creative mode. The survival one is tougher because, in survival mode, a player has to do everything, from mining to fighting, on his own, whereas in creative mode, everything is a cakewalk. However, we have divided the processes in both modes separately.

Also Read: How To Make Splash Potion in Minecraft?

For Survival Mode in Minecraft

There are a lot of villages in the world so find the nearest one. After reaching a village, select any villager and call him towards yourself. You can make the boat beforehand and then call the villager. Now, make him sit on it. The next step should be taking the boat to your village. Remember, a boat can move on land, but it will be slow. So, either you should have the patience, or you can make a narrow river till your village arrives. This is the most common method that most of the new players use but the slowest one.

Many players can find the boat method slow and not worthy. That is one of the traditional methods to bring villagers, but there is one more method which is at least faster than the boat one. So, in this method, you have to make a rail and a minecart with the help of iron and wood. Now, make a village sit on it, if he is not getting into it, then push him towards the rail. After that, sit on it and push the cart, you will find the minecart moving. Remember, the rail should be placed from the chosen village to your village.

There is one more method that is a bit slow and risky as well. If you have a plan to multiply the villagers in your village before the sunrise, then find a different village at night. Go to any villager’s house, and you will find the villager sleeping peacefully on his bed as they are scared of dangerous mobs. You just have to break his bed and get out of the house. Now, the villager will also come out of the house with you, and he will become restless as he does not have a bed right now. 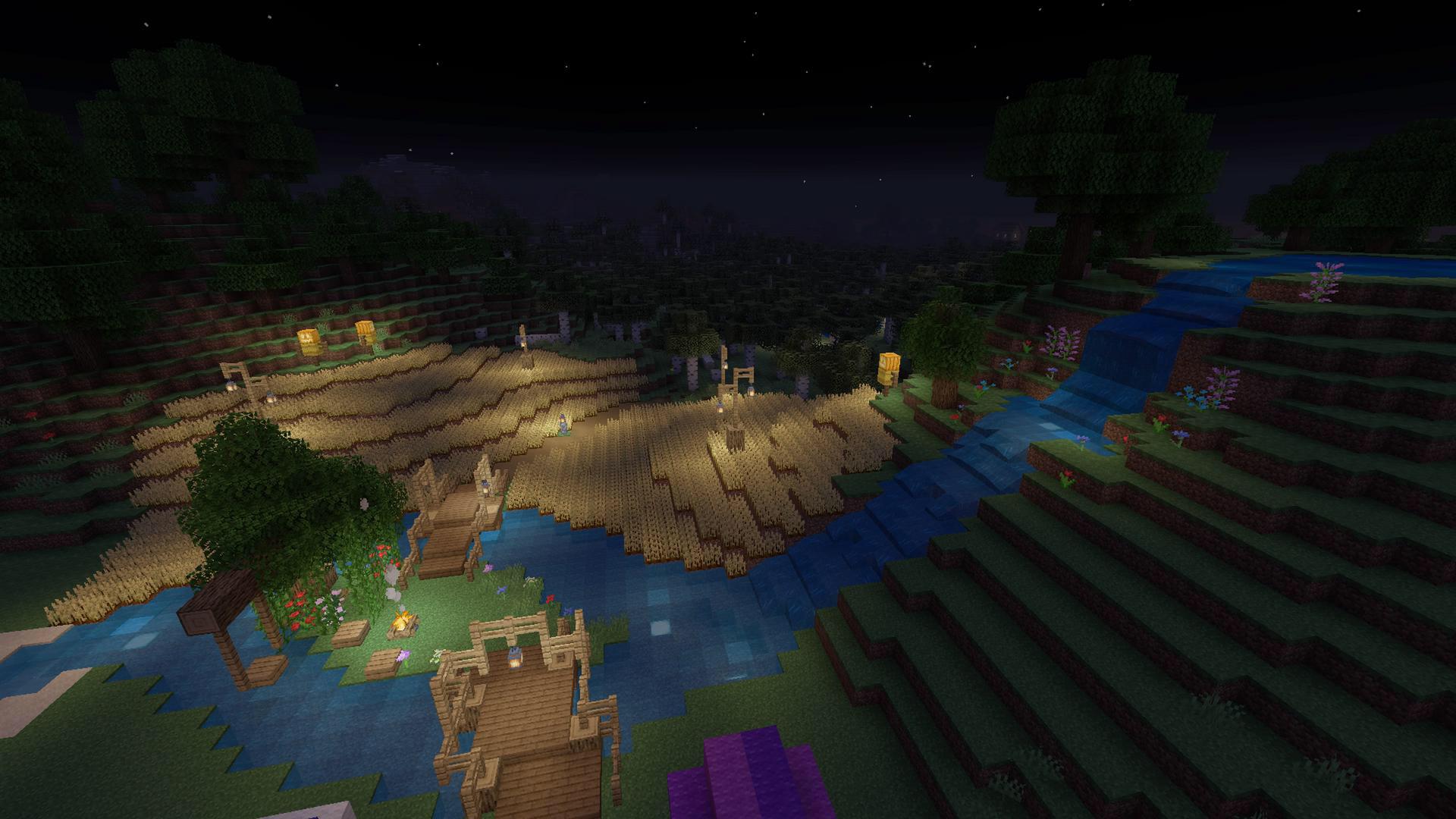 Your next step is to spawn a bed, then the villager will run towards you, and as the villager comes closer, break the bed again. After that, move further and again spawn the bed. The villager will again come to you. In this way, you can take the villager to your village. Remember, it isn’t easy to follow this method as there will be several dangerous mobs attacking you. So, You must defeat them to protect yourself and the villager.

Finally, we are on the answer to the question – How to breed villagers in Minecraft? After having villagers into your village, cover an area with fences or any blocks. Now, trap those villagers within that area, or you can take them to the villager hall. Yes, you should have one villager hall too. 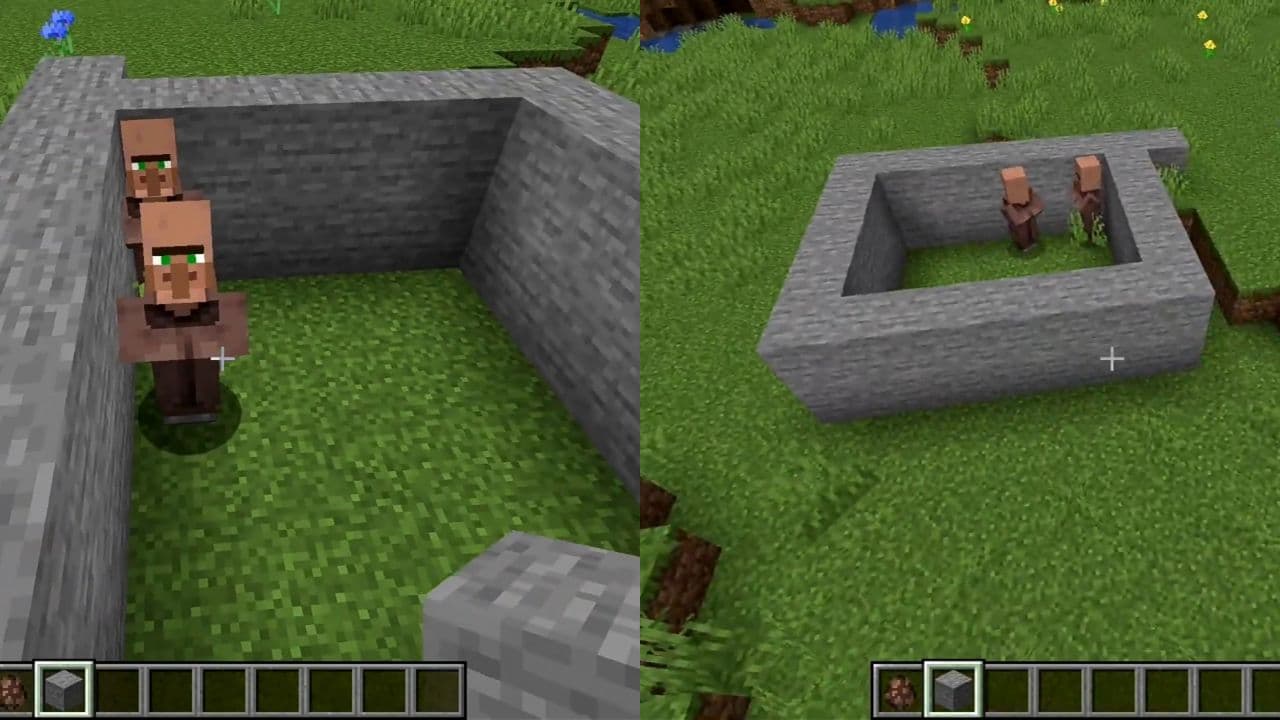 After this, place three or more than three beds together in the selected area. The villagers will claim their beds on their own, and they might feel as if they are in their home. Now, you should drop slices of bread in front of them. After that, they will take those slices of bread, they will eat them, and they will breed. In no time, you will have a third baby villager from them. Also, if you don’t have bread, then you can make them breed with the help of potatoes. Remember, you should not be standing there and looking at them; otherwise, they won’t breed.

For Creative Mode in Minecraft

In creative mode, you get an inventory that has nearly every element that exists in the game Minecraft. So, if a person wants to have villagers after creating a village, then he can just tap on the inventory, and the whole list will appear. After that, he can search villagers on the search bar. He will find eggs on the top. He then needs to tap on that and throw it on the surface. As a result, a villager will appear.

Now, if a player is using a java edition, then there is a command that will spawn the villager even without the egg. The player has to open the message section and write ‘/Summon_Villager’ and submit. After this, a villager will be spawned just on the place where the player is standing.

There is one more command that could make the efforts easier, that is ‘/give @p villager_spawn_egg 1’. With this command, a player can get as many spawn eggs in their inventory as they want, and with the help of those eggs, they can spawn villagers.

The most important thing is breeding if a person wants a successful running village. So, to breed and increase the figure, tap on the inventory again and type ‘Bread’ on the search bar. Now, tap on the bread and add it to your loadout. After this, throw the bread towards those villagers that were spawned, shortly.

Now, these villagers will pick up the bread, and they will eat them because of which they get active and as another villager comes towards this one. Both of them start breeding, and we can get to know this when you see some heart shapes flying over the head of breeding partners. After this, a cute little villager will spawn with these breeding partners.

Remember, villagers don’t breed in any mode when there are dangerous mobs around.

Also Read: Respiration Enchantment In Minecraft: What Does It Do?