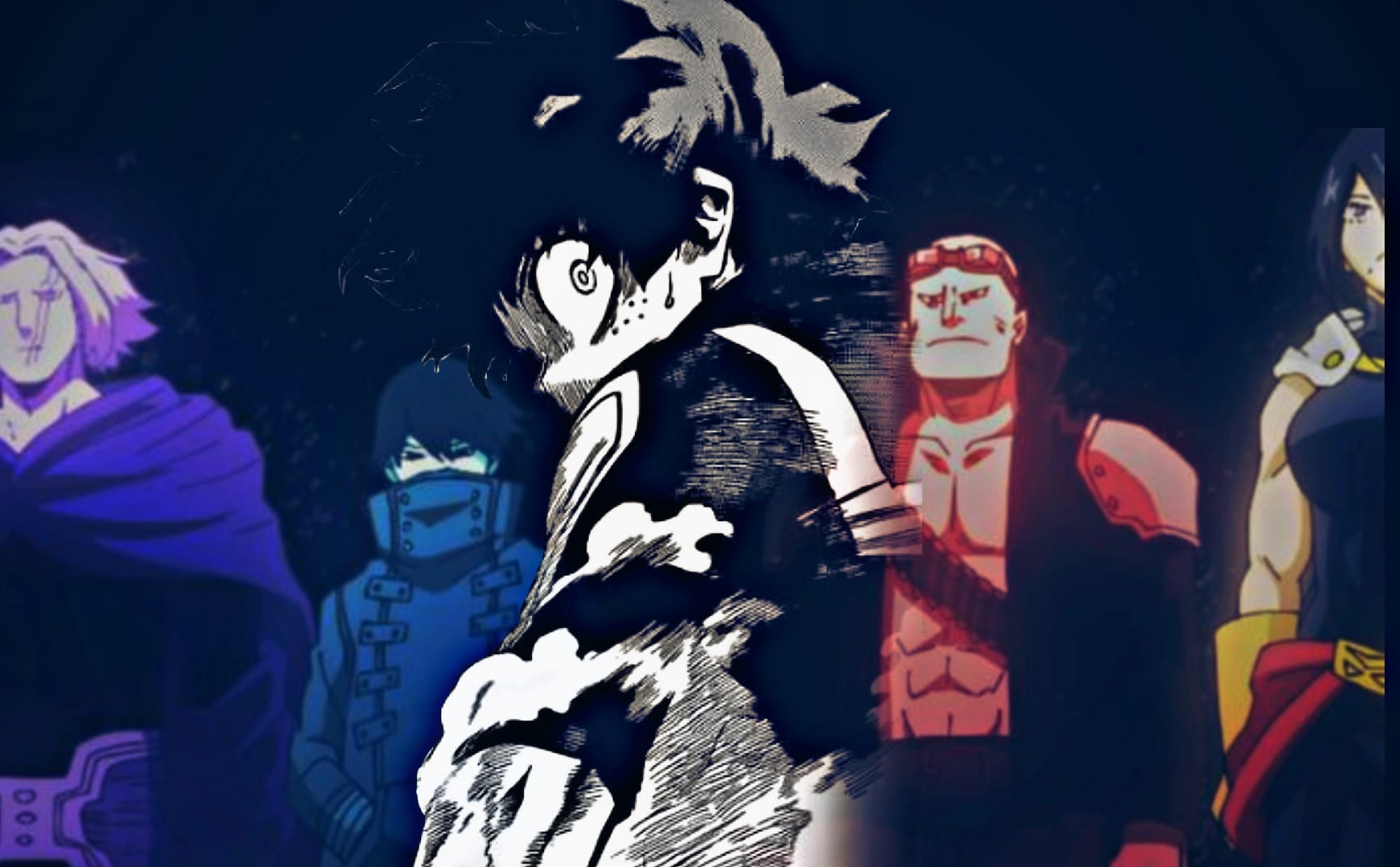 Remember that whiny kid who had received a godly power from the number 1 hero? Remember how he would break at the minimum use of his power? Deku has come a long way from being the weakest kid in UA class 1 A and risen to become one of the most powerful characters in My Hero Academia. The anime is entering the Meta Liberation War arc, and we have already seen Deku evolve a lot. He has created epic moves like Full Cowl and has also successfully begun using One For All to the full limit. With every step, we see Deku get strong but then are softly reminded that he still has a lot of room to grow. To everyone’s surprise, we are still talking about anime Deku. So, what about Deku in the manga? How strong is Deku in the manga, and has he reached his limit?

Deku is one of the most adorable characters people could come across. He is filled with positivity and lives up to the expectations of the image he has of the hero he wants to become. Deku makes a very likable protagonist and has a very admirable character development which has impacted the manga’s success massively. Kohei Horikoshi is nourishing his protagonist chapter after chapter, giving us some of the juiciest plots in a while. For anyone who is yet to read the manga, you can find it on Viz Media or on Shueisha’s Manga Plus app.

Here’s all about how strong is Deku in Manga and how much he has evolved.

Spoiler Alert: The article contains mild spoilers from the My Hero Academia manga. Read at your own risk!

Also Read: What is The Meta Liberation Army in My Hero Academia?

Deku in the Recent Chapter

What we had, in the beginning, was a cheerful kid who would get flustered. He was determined to save people, but at the same time in battles, he was furious. However, his bright aura remained unchanged through most parts of the manga previously. In the recent chapters, we see a complete flip of his aura. He has begun appearing darker, and irrespective of how many people he saves, people have begun fearing him. The reason behind his change is understandable, but no one could have seen Kohei Horikoshi make this happen back during the jolly arcs.

He is still thinking of the people he wants to save and is definitely not drifting towards evil. But he is definitely angry. His rage is conveyed frequently through manga panels, where we see his eyes burning with anger. Even his costume is upgraded that makes him look even more fearsome than before. It’s not just that Deku has grown stronger, but it’s simply that he even looks stronger and undefeatable in the recent chapters. But since we do not believe in judging books by their cover on OtakuKart, we will present all sorts of theories and facts to answer your question: How Strong is Manga Deku?

How Strong is Deku in Manga?

A simple answer to this would be that Deku has grown excessively strong and fits the criteria of ‘overpowering’ when we see the recent chapters. Though, it is debatable if he is the strongest yet. But, this also answers that he has not reached his full limit and has more space to grow stronger. This can be further justified by simply mentioning his quirks.

Deku was given the OFA by All Might, a power that can be inherited by other people and can also combine the quirks of the successors. Since Deku is the ninth user of OFA, he has seven quirks of his predecessors in store, which already makes him plenty strong as a multiple quirk user. Here are all his quirks and their descriptions.

With so many quirks at hand, Deku immediately stands as one of the strongest characters. But, as for the answer to the second question, no, Deku is far from reaching his full limit. Maybe not as far as when he was in the beginning, but definitely far enough. He still has to unlock the quirk of the second user. We do not even know what the quirk is so far. But, even without that quirk, Deku still has to master the quirks, especially Fa-Jin. This makes things even more interesting because he is already very strong, but the very realization that he can grow stronger is appealing and thrilling.

At the same time, it is to be kept in mind that Deku is also loaded with tactical ability. So, even if we assume that he is not using Fa-jin at the most, he is still making use of it by combining it with his super moves. So once again, he is able to make up for wherever he lacks like he always has been doing. 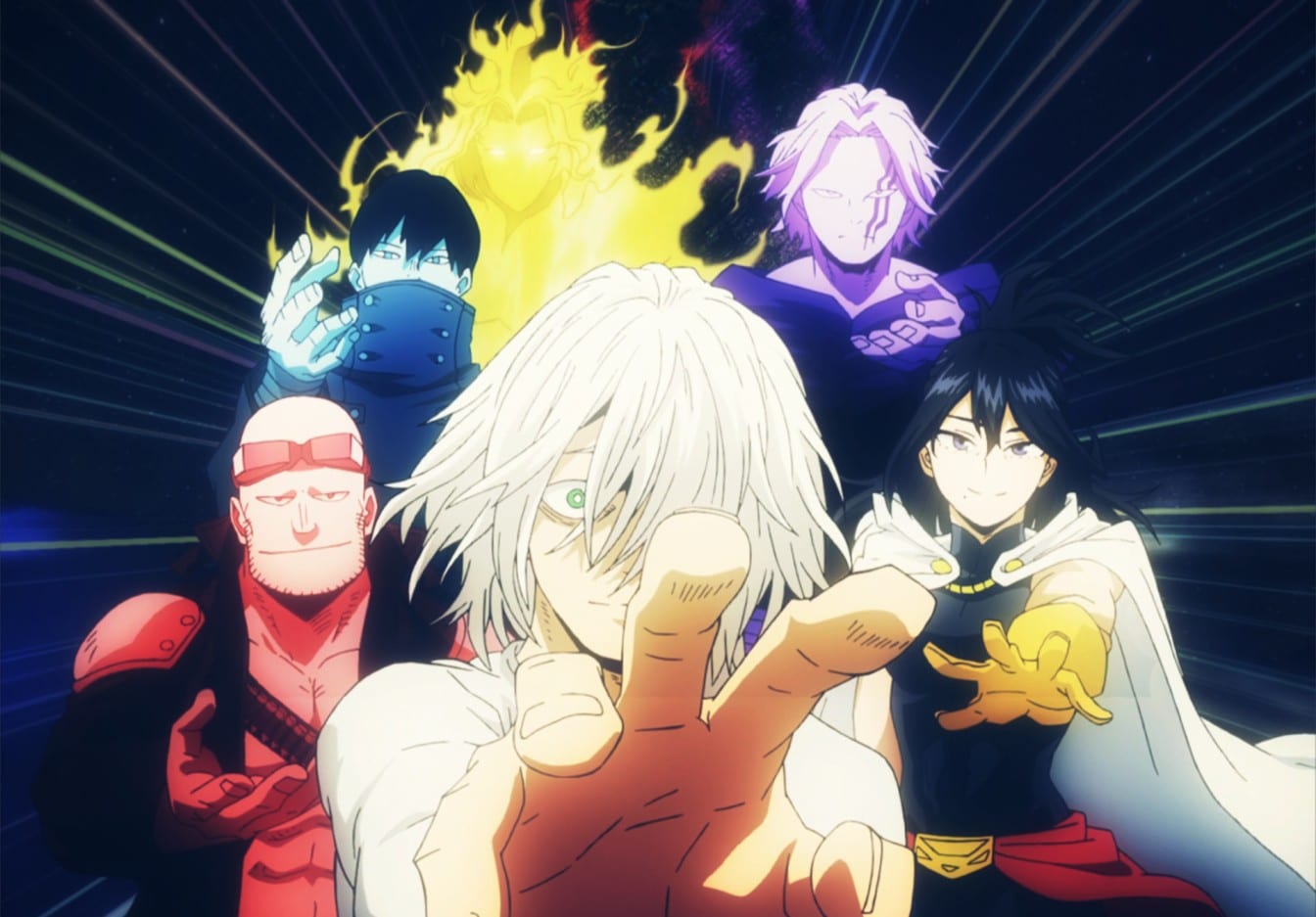 One For All Users.

Since season 4, we have seen Deku develop some very overwhelming moves. While full cowl was exciting, Deku came up with something as dangerous as the 1,000,000% Delaware Detroit Smash during his fight against Muscular. We haven’t seen this move since but it looks like the most powerful smash in Deku’s book. Instead, we see moves like Faux 100% and Faux 100% Manchester Smash. These are basically the moves he has created by combining his usual smashes with the quirk of the second user.

Other than that, Deku’s speed has also increased highly, along with his raw strength. This is very evident in the battle against Nagant, which occurs in the recent chapters. He has a very brilliant strategic ability and is often seen thinking very smartly and fast even under stressful situations. In addition to the moves mentioned, Deku still has many other smashes and kicks that make him a very dangerous opponent. In fact, he is also seen using his Blackwhip like Tsuyu, a move he calls ‘Froppy Style’.

There is an immense evolution in Deku’s strength. This is made very prominent from the battles he faces. He even defeats a second assassin immediately. This battle was deemed so insignificant that it was only mentioned and not even shown. To showcase his ever-growing strength, two battles make the point very easy to explain.

The first is his rematch against Muscular (yes, Muscular makes a return). Back in the Forest Training Arc, we saw the first battle between the young hero and the villain. The first time, it was truly painful to watch Deku give his all as he even used his most powerful move. Back then, it was a long match. But, the rematch is completely different. Muscular last minutes in front of Deku, who contrary to the previous fight, calmly defeats him with a blow. Of course, Grand’s vibrations played a huge role in his defeat, but Deku makes sure to stamp the fact that he is way stronger than Muscular at this point. 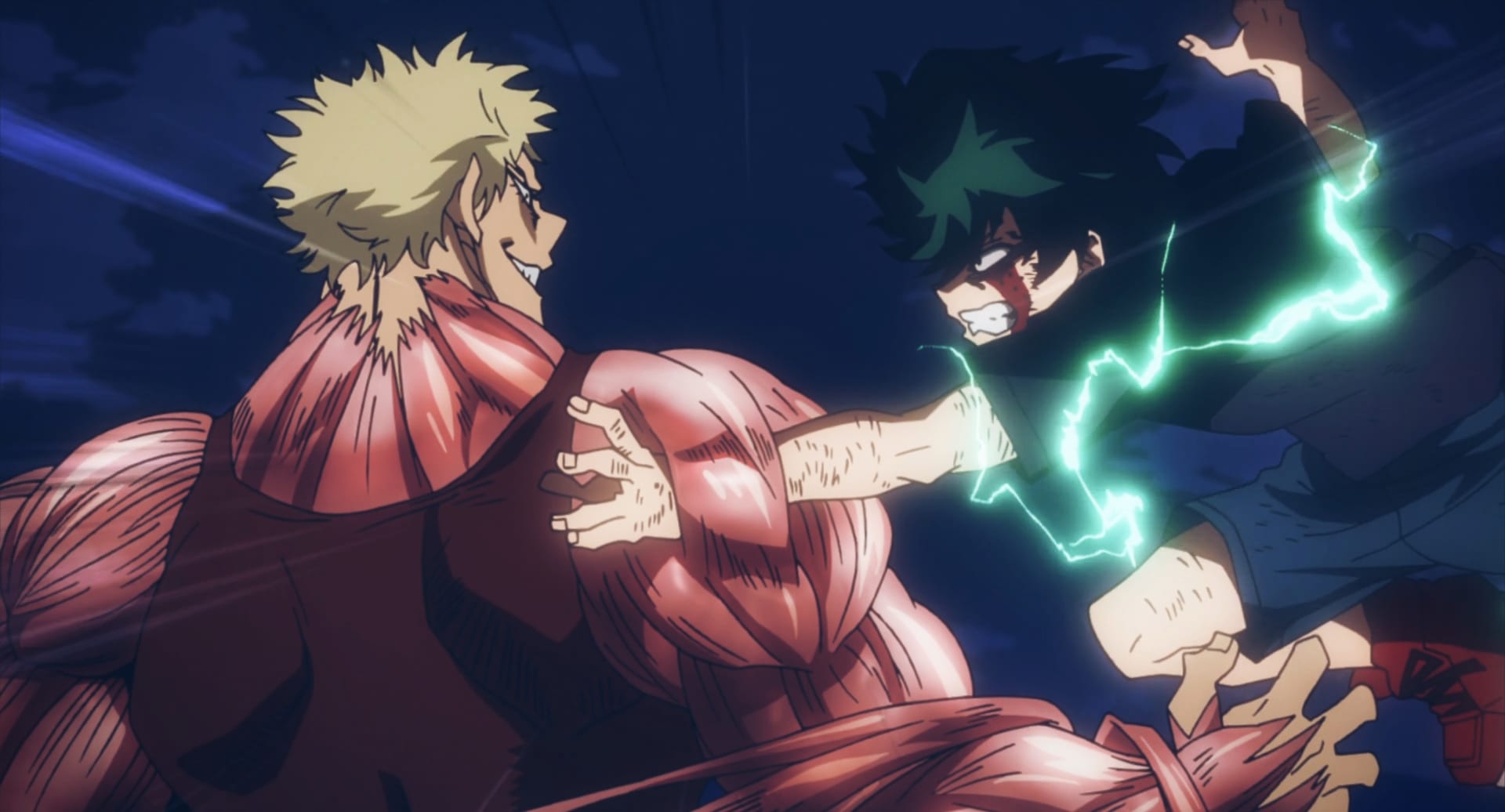 The second epic battle was against Lady Nagant. She is an entirely new character and an ex-pro hero who sides with All for One after seeing the corrupted Government. Without spoiling much, we can confirm that Nagant was a very strong opponent, who was also Hawk’s senior. Hawk’s feared her and suggests Deku run if he ever encounters her. For Deku to defeat an enemy like her in a one-on-one battle answers a big chunk of the question, “how strong is manga Deku”.

At this point, Deku has mastered or is mastering six quirks. With his power, he is definitely the strongest in UA High’s 1 A. After he defeated Lady Nagant, we can somewhat expect him to be stronger than many pro heroes as well, but that is also speculation. But, he does not seem to exceed All For One’s power and strength. They could very well be on equal levels later, but at the time, Deku defeating AFO all by himself in a one-on-one does not seem very possible.

We hope this helped in understanding how strong manga Deku is now. His Ultra Analysis book gives him an A+ for power and an A for speed, technique, and intelligence. He scores the lowest for his aura and gains an E grade. The Ultra Analysis Book is available for purchase on Amazon.