How Strong is Eida in Boruto: Naruto Next Generations? Is She Stronger than Naruto?

Eida is another one of Amado's masterpiece cyborgs that were originally created to kill Jigen. 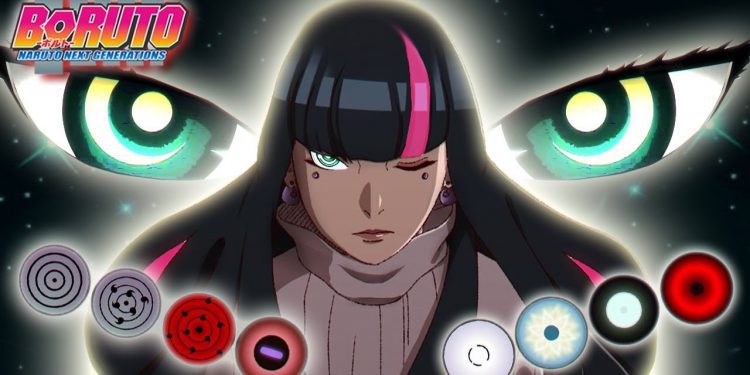 From Kaguya to Delta, the Naruto franchise has a history of messing up with the female supervillains. They aren’t even close to how well-written their male counterparts like Itachi, Madara, and Obito are. However, the franchise has learned a lot from their past mistakes and has come up with a new female supervillain who looks a lot more promising. Yes, I am talking about Eida, the clairvoyant cyborg, Eida, who has been the main attraction of the Boruto manga lately. But, how strong is Eida? Is she stronger than Naruto Uzumaki of the leaf?

Well, we haven’t seen her fighting anyone yet, so it’s pretty hard to gauge the true extent of her fighting abilities. But as we all know, the Narutoverse is not just about sheer strength and stamina. Eida has an array of unique abilities that no one else can even think of achieving. Here, we have brought together everything about Eida’s powers and how big a threat she poses to Konoha.

Eida is another one of Amado’s masterpiece cyborgs that were originally created to kill Jigen. She is armed with the most advanced Shinobi-Wares with capabilities far surpassing the likes of Code and Jigen. Jigen knew what a threat Eida could pose to him, so he ordered Boro to dispose of her. However, even Boro wasn’t immune to Eida’s mind control, and he kept her safe in a remote location away from Jigen’s reach.

Her ultimate motives are still a mystery, but she surely despises Amado for robing off her normal life. She wants to experience love like any other normal human, and maybe that’s why she is after Kawaki. (Otsutsuki and their vessels are immune to her abilities) Right now, she has joined hands with Code and is plotting something serious.

How Strong is Eida? Her Powers and Abilities

Eida’s unrivaled ability is to make anyone irresistibly in love with her. Even someone like Code was captivated by her charm and has become nothing less than her puppet. Despite being such a useful ability, it was more like a curse to Eida since she would never find a genuine lover.

Moreover, Eida is like the human version of world wide web of the Shinobi world. It may sound too unreal, but she knows everything that’s happening in the world. With her clairvoyance ability, she can see everything happing around the world, and all that has happened in the past until she was born. Apart from all that, Eida has a decent talent in Taijutsu, and Amado said that her combat abilities are on par with (or surpasses) that of Jigen.

Also Read: How Strong is Code in Boruto: Naruto Next Generations? Is he Stronger than Naruto and Sasuke?

Is Eida Stronger Than Naruto?

Now that we know how strong Eida is, the main question is if she is superior to the likes of Naruto. No, even without Kurama, Naruto is far superior to Eida in terms of raw strength. Naruto’s sage mode can ragdoll Eida in a fair fight just like he did to Delta. However, a fair fight is a luxury that Naruto can’t possibly afford at this moment. Naruto will fall for her the moment he meets her, and I doubt if he will lay a finger on her. It’s obvious that love is far superior as a manipulator than any Genjutsu, and not even Naruto is immune to it.

Moreover, Eida will have every detail of the plan that Naruto would have thought against her. She can team up with anyone just by a single glance over them, so she won’t possibly come unprepared. Her current allies, Code and Diamon should be enough to take care of Kurama-less Naruto.

How To Beat Eida?

In order to beat Eida, Naruto must rely upon something that Eida is unaware of. It has to be something that Naruto had mastered before Eida’s birth. Yes, I am hinting towards Naruto’s Sage Mode that he mastered well before Eida’s birth, and he never had to resort to that power much in all these years, thanks to Kurama. Thus, Naruto’s Sage mode is the only hope he has against Eida.

Moreover, Naruto isn’t necessarily the one to beat Eida. Kawaki and Boruto are immune to Eida’s mind-control, so they are better options to go up against her. It only makes sense since the anime isn’t about Naruto anymore, rather it’s about the new generation of Shinobis.

How Many Chapters and Episodes Does Boruto Have?

Danielle Panabaker’s Net Worth: Her Achievements and Success Story!