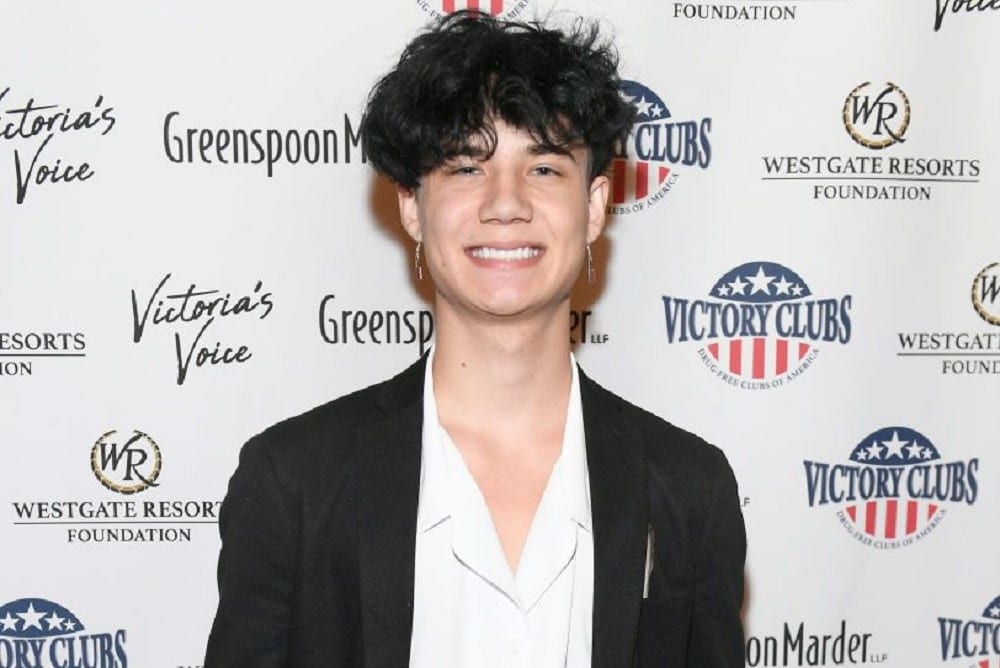 Here is all you need to know about the TikTok star Jaden Hossler.

Jaden Hossler, the American singer, songwriter, and TikTok personality have been in the limelight recently. He has been involved in a big mess of TikTok drama that has been going on for quite some time now. The drama has been piling one after the other and does not seem to end at all. However, that is not all that has been getting the people interested in the youngster’s life. Ever since this hot gossip around the TikTok stars began, Everyone has been wondering how old the singer/songwriter is as he has built a huge and loyal fanbase for himself now itself. Consequently, here we are to help you find out everything about Jaden. So, let us dive deeper into this article to know about Jaden Hossler’s life, career, and age.

Jaden Isaiah Hossler, more popularly known as Jxdn is an American TikTok personality, songwriter, and singer. He was born on 8th February 2001 in Dallas, Texas (United States). However, he moved to Tennessee at the age of just 14 years old. He did his education for high school at the Grace Baptist Academy. He was brought up in a Christian household and grew up listening to pop music and classic rock in his teens. During his school days, he participated in various school plays and got rid of his stage fright. Anyhow, during his senior year in high school, Hossler began to listen to artists like XXXTentacion and Juice Wrld as he was battling depression. He even mentioned once that he had attempted suicide twice in the same year. 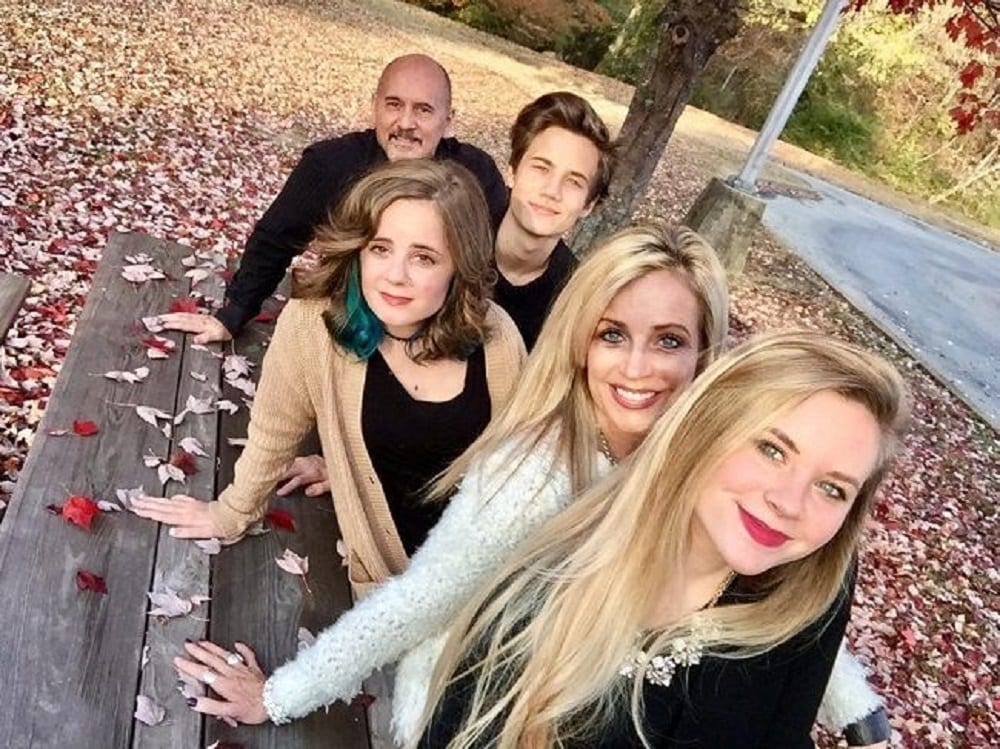 A still of Jaden Hossler with his parents and two sisters.

In 2019, Jaden Hossler joined the social media platform TikTok. Just in a few months, he acquired millions of followers on the app following his massive success. Consequently, a talent agency named Talent X invited Jaden to join the Sway House, a group of Los Angeles-based teen TikTok personalities. He joined them initially but decided to leave later on in May 2020. Despite this, he worked his way up on the platform as he reached 9 million followers in December 2020. After that, he began his music career in February 2020 as he released his debut single “Combatose”. This caught the attention of Travis Barker, the American musician and record producer. As a result, Travis immediately signed Jaden to his label DTA Records in a joint deal with Elektra Records. Then, he released his singles “Angels & Demons” and “So What” in May and July 2020 respectively. 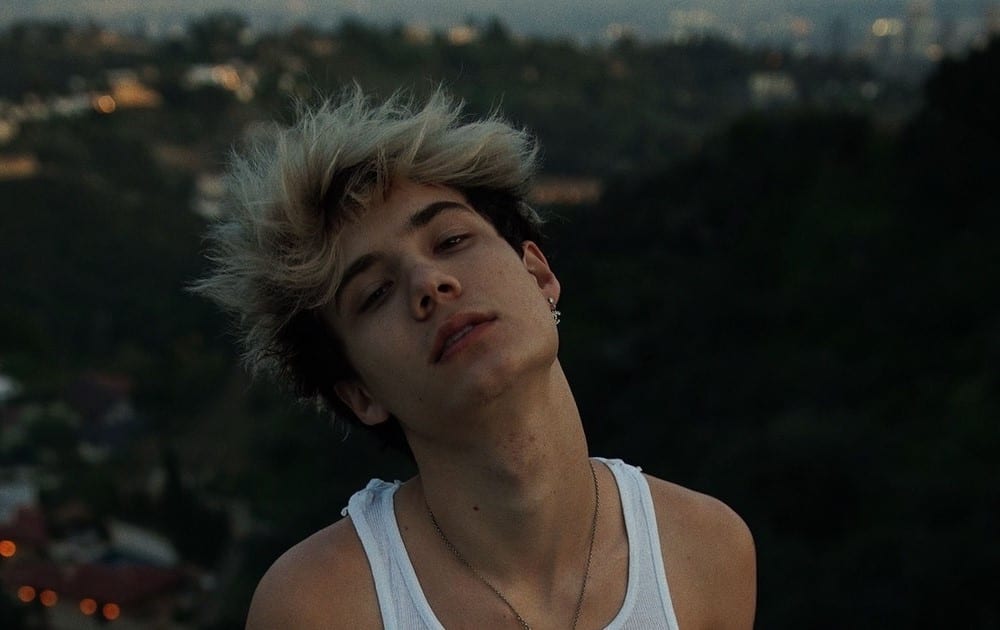 A still of Jaden Hossler from his debut single “Combatose”.

As he rose to fame, in August 2020, Hossler released a song named “Pray” in which he opened up about his suicidal thoughts and depression. He used this song to raise funds for suicide prevention. Later on, in October 2020, Jaden Hossler announced that he had signed with Warner Chappel Music into a global co-publishing agreement. Consequently, he released a song titled “Tonight” in collaboration with Iann Dior. Anyways, recently, Jxdn revealed the title of his upcoming debut studio album: “Tell Me About Tomorrow” which will be releasing soon. Apart from all this, in January 2021, Hossler appeared in Machine Gun Kelly’s film “Downfalls High”. In the very next month, he featured in Nessa Barrett’s single “La Di Die”.

Jaden Hossler likes to keep his personal life private. Consequently, only a few things are known about him. His parents’ names are John Wilson Hossler Jr. and Amy Hossler and he has two sisters whose names are Sophie and Haley. Talking about his dating life, Jaden was dating Mads Lewis a long time back. Currently, there are rumors that he is dating his former co-star Nessa Barrett. Apart from this, in May 2020, Hossler was arrested for drug possession with his fellow Sway House member Bryce Hall. They were on a road trip in Lee County, Texas. Consequently, they were charged with possession of a controlled substance between 4 and 400 grams and had to be released on bond later on. 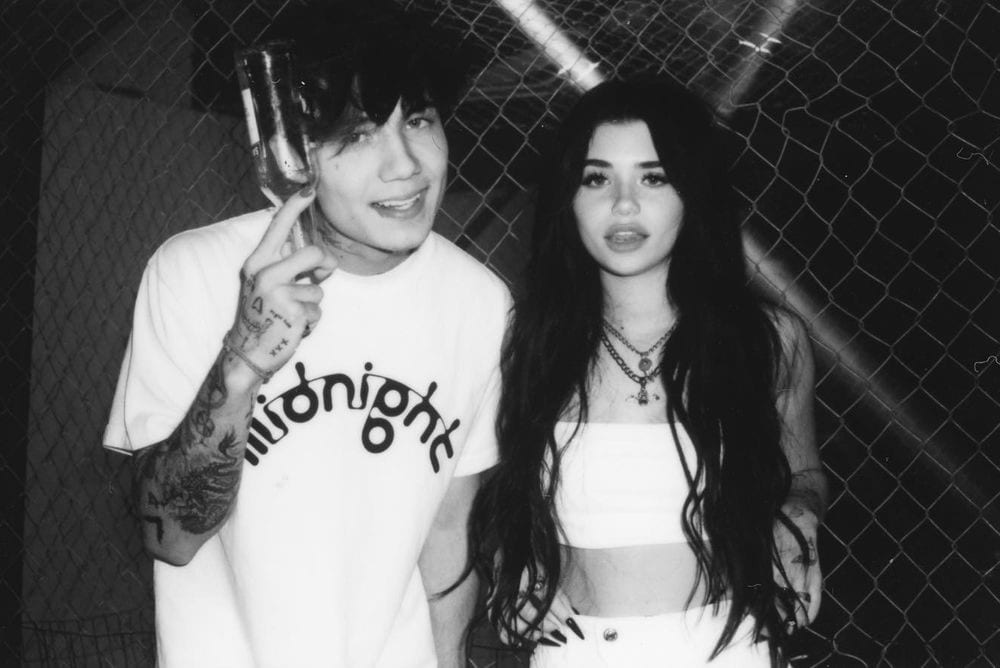 A still of Jaden Hossler with his rumored girlfriend Nessa Barrett.

How old is Jaden Hossler?

Jaden Hossler i.e. Jxdn was born on 8th February 2001. As a result, Jaden Hossler is currently 20 years old. However, he has risen to fame now itself as he has a loyal fanbase with a huge follower count on the social media platform TikTok. Moreover, singing has given his career a huge boost. As a result, he now has a net worth of $300 Thousand USD in 2021.

Also Read: Strick Net Worth: How Much Does The Rapper Earn?