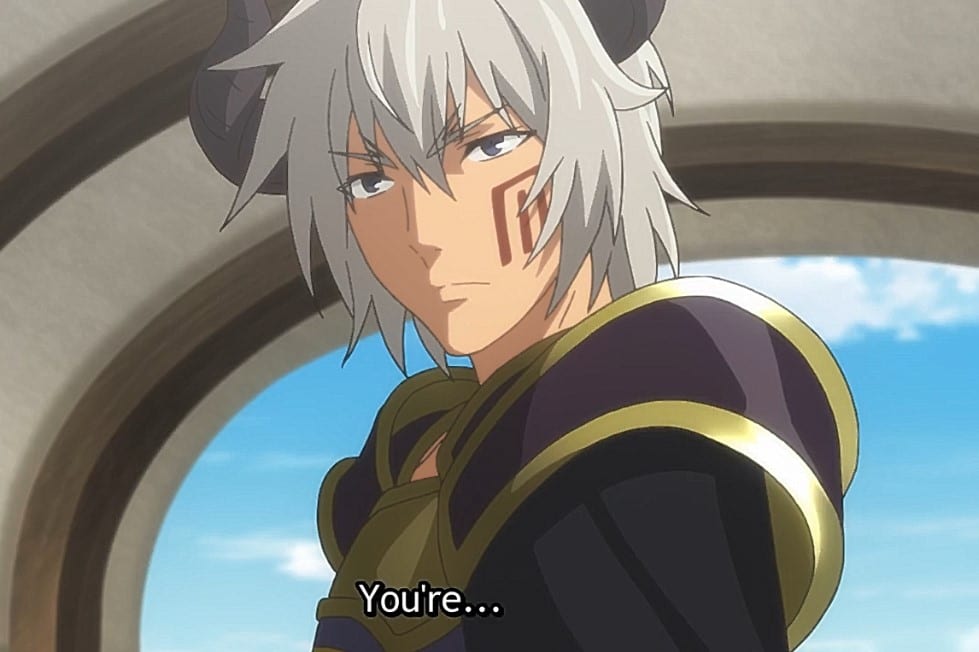 Rem tries to play dead in front of other girls, but the Demon King Diablo notices her. Sheera and Lumachina fall for Rem’s trick and wonder if she is dead for real. But she wakes up after realizing that she can’t breathe properly. The Demon King Diablo comments that it is not anything new after Lumachinas asks if Rem will be okay. Horn signals the rest of the crew that he can see the Roya Capital. They later arrive at the Seven Wall Royal Capital. How NOT to Summon a Demon Lord Season 2 will conclude in two weeks.

The guards point to Diablo’s team with spears, telling them that they must leave. One of the guards comments that they can’t welcome a man with horns. The guy asks Diablo what they want and if they are not the Fallen. Diablo realizes that Lumachina is with him, and he has to stop the commotion from happening. One of the guards told Lumachina to remove her hood and real her face. Diablo decided to mislead the guards to draw their attention. Diablo told the guards that they must be prepared for the consequences since they pointed a spear at him.

The episode is titled Visit to the Royal Capital. The guards ask who the hell is Diablo to run his mouth. Diablo believes that he must keep up with his act to buy time for Lumachina. A lady from the kingdom arrived and told the guards to let Diablo’s crew pass through. Rem, Sheera, and Horn get excited since they know the lady. Diablo calls the lady Alicia. Alicia reveals that she had received Rem’s note about their arrival. The guards allow Diablo’s crew to pass through.

Alicia heads with Diablo’s crew to the mansion, and Rem thinks Alicia for her kindness. Horn and Sheera are excited to enjoy the luxury of the estate. Horn comments they can see the whole Capital from here. Alicia told Diablo and the rest of the crew to use the inn the way they like until they leave the Royal Capital. Rem is worried that if they stay for too long, they will run out of money. Alicia told Rem not to worry because she will pay their expenses. Rem is pleased, and Alicia comments that she can do anything for lovely Diablo-sama. 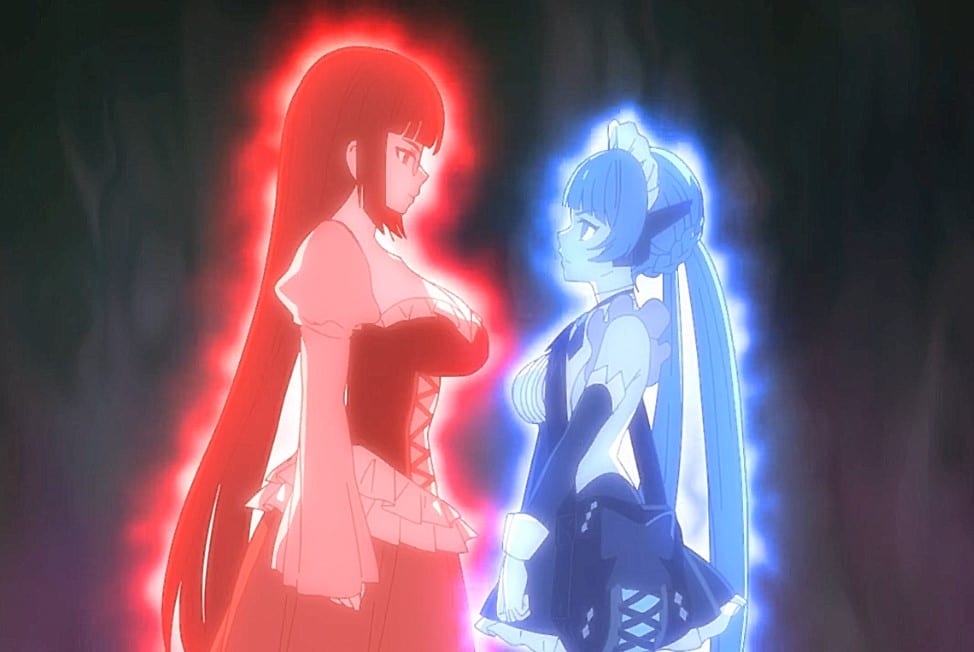 Alicia shocked the crew by saying she can buy this mansion now if Diablo wished it. Rem faints after hearing Alicia’s words. Diablo is impressed and wonders how rich Alicia is. Alicia apologizes for the delay in the introduction and reveals that she is Alicia Cristela, an Imperial Knight. Lumachina thanks Alicia for helping them at the gate. Rose notices that Alicia has fallen for Diablo and asks about Alicia’s relationship with Diablo. Alicia asks Rose who she is, and the two square off. Rose comments she exists to serve Diablo.

Diablo realizes that Alicia is a Demon Lord worshiper who puts their life in danger to resurrect the Demon Lord. He is worried that if Rose finds the truth about Alicia, the war might begin. Diablo interfere and told Rose to pry. Alicia comments that if Diablo asks her to die, she will die instantly. Rose asks if it will be okay for her to recognize Alicia as one of her master’s possessions. Alicia replies that unless Diablo has forsaken her. Rose steps back and comments that she has accepted Alicia as her master’s possessions.

Alicia thanks Rose, and Diablo got relieved that nothing has happened. Diablo is surprised that Alicia convinces Rose so easily. During dinner, Sheera tried to play dead, but she failed. Later Rose talked with Diablo about the dungeon and how she receives powers by staying near Diablo. Diablo helped Rose to recharge her energy to 120 percent. In the morning, Lumachina finds evidence about her enemy and decides to expose the enemy. They later head to the floating Santuary to confront Vishos and his subordinates.

Also, read Preview: How NOT To Summon A Demon Lord Season 2 Episode 8.