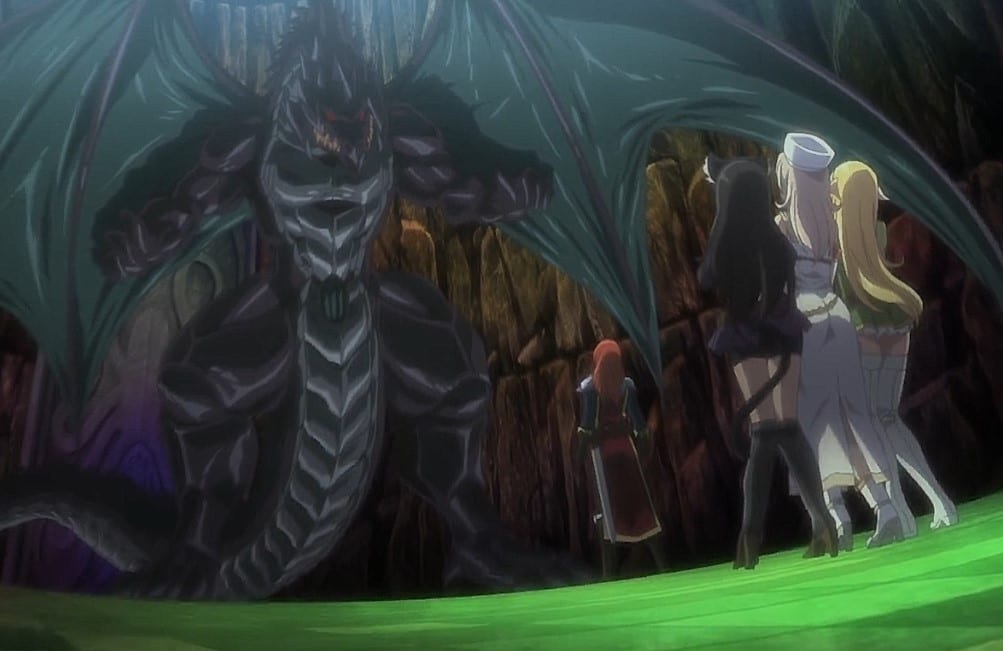 Demon King Diablo has set on a journey with his crew to find a cure for Lumachina. He realizes that Horn told him the location of the dungeon that he created. He decided to head there with his crew, and he encounters Fanis’ fleet on their way. Fani suspects that Deom King Diablo is working with Varakness. Diablo and his crew reveal that they are heading to the dungeon to retrieve medical items to help cure the Death Knell. Fani was not convinced and decided to take Diablo and his crew under her custody.

Diablo realizes that the fate of the citizens and Lumachina’s life is at risk. He summonsed his power and created an earthquake for them to escape. During the battle, Gewalt arrives and ally with Fanis after learning about Diablo’s dungeon. But Diablo and his crew have managed to escape using Diablo’s magic. They traveled for four days, and they arrive at the dungeon in the desert.

The episode is titled Black Dragon Clash. Lumachina continues to suffer, and the symptoms of  Death Knell begin to show up. She has not reached the dying stage. The crew realizes that they have to hurry and find a cure for Lumachina or Death Knell will kill her. When they are inside the dungeon, the girls look at how the dungeon is created and comment that they wonder who the foolish guy created this dungeon. Diablo realizes that it was him and decided not to tell the girls. 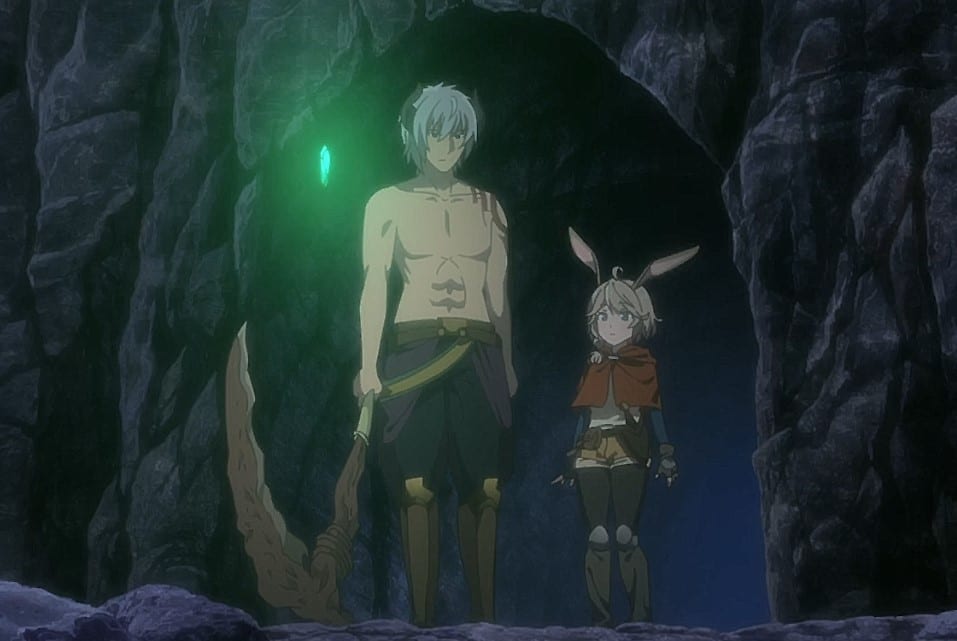 But Shera comments that the foolish guy who created this dungeon has done a great job, and it is awesome. Diablo was relieved that he created the dungeon. They met with the guardian of the dungeon and walk away with an easy victor. They later encounter a labyrinth, and Diablo uses his powers to break the wall since they keep on shifting. The crew arrives in a dark room where they battle with bat monsters and other flying monsters.

After the battle, they enter a basket that will be dropped into a lave river if they fail to give correct answers. The girls were stripped naked, hiding their chests, and Diablo looks away like he saw nothing. The mysterious voice gives them trivia questions, but the voice didn’t realize that the answer is in the question. The girls realize that, and they give the answers before the questions were completed. The mysterious voice told them that they have passed and open the gate for them.

Diablo looks at the girls and realizes that they are naked, and he saw their chests. He jumps away like a person on the fire, saying, I am burning, I am burning. The girls dressed up and arrived at the second floor, where they met with White Jaegers. Diablo realizes that these apes love to dance, and he teaches them his favorite song and gives them a great show. After dancing for the White Jaegers, they arrive at a narrow ledge above a raging river. Gewalt arrives and misses when he wants to behead Lumachina. 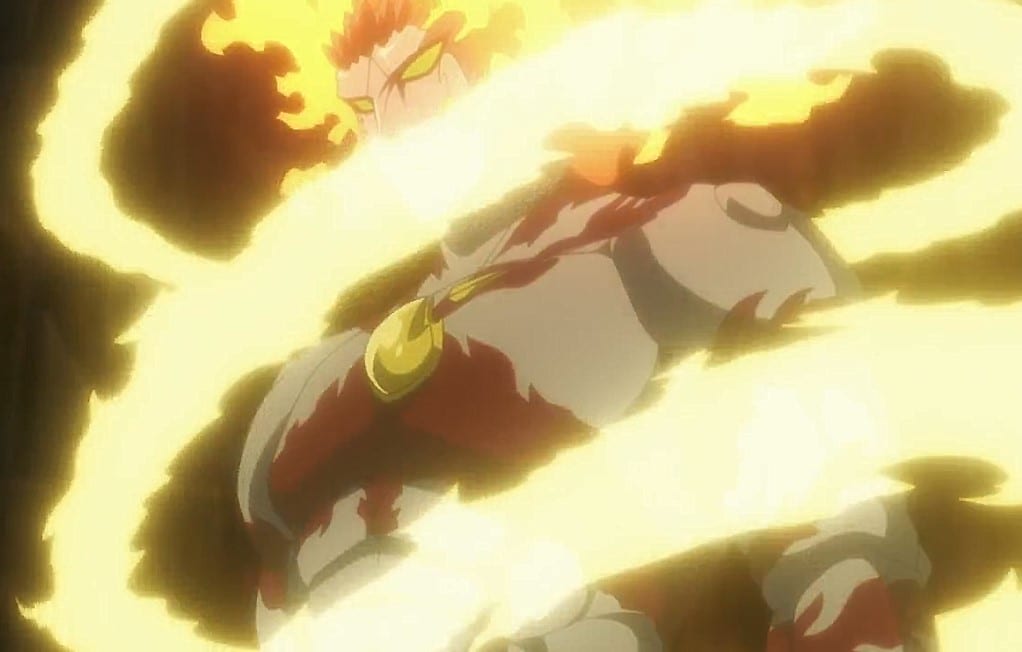 Horn notice that they are in danger and dive inside the river along with Gewalt. Diablo decided to save Horn, and he jumps inside the river while telling others to keep on moving. He manages to grab Horn, but he loses his items inside the river. Horn is unconscious, and Diablo undresses him. But he was embarrassed when he found that Horn is not a boy but a girl. Horn wakes up and reveals that she is an orphan, and she dresses like a boy to gain respect.

Rem, Shera, and Lumachina pass through several floors and end up meeting with Gewalt. Gewalt started to fight with them, and during the battle, a huge black dragon attacks them all. He unleashes the fire spirit, Ifrit; he calls it the ultimate fire summon. But the dragon cut it while injuring him. Gewalt heals Lumachina even though she is an enemy.  Diablo and Horn arrive at the scene, and he fights the dragon.

The dragon tries to escape, and the maid golem Rose appears and executes the dragon for trying to run away from the battle. Rose starts to call Diablo her master and leads them into the treasure room. Inside the room, they found a white ox statue that Lumachina touched, and the Death Knell got cured. The crew got new outfits and items that strengthen them. Rose unleashes her power and uses a viewing screen to show that Varakness’s army attacks Zircon Tower City.

Also, read How Not To Summon A Demon Lord Season 2 Episode 5.