Today we’ll talk about How Not to Summon a Demon Lord Season 2 Episode 3. After being teleported from another dimension, Diablo saved a girl that thinks he is a god. The red-haired guy comments that Deiablo is not a god; he is a pervert, Demon King. Diablo fought with the red-haired guy and defeated him. Later he sets a journey with the trio to find a way to break the elf’s curse.  In the morning, they traveled on a flying ship passing through the desert. Shera saw a nice view and told Rem that they have arrived. Rem is dozing off, and Lumachia thanks Diablo that they arrived safely.

She first called him God and realizes that he told her that his name is Diablo. Diablo told her a journey like this is nothing to him. But he realizes that it took him two weeks to arrive here. They faced many obstacles of the way fighting with different enemy monsters. Diablo is glad that the storm that struck them earlier didn’t kill them, but they can now see the Zircon Tower City. The landed and Shera comments that she is hungry they can first get something to eat.

Rem told her that their priority is to escortLumachia safely to Batutta. She also told her to bear it since she is an elf, but they are surprised that the city is not lively. Everyone in the city is sad and weak, and they look like people who are starving. A lady confronts Lumachia asking her to heal her child. Diablo bumps with a boy who asks him if he is an adventurer. He asks the kid what he wants, and the kid asks him if he is interested in taking over the dungeon that was recently discovered.

The kid also told Diablo that he could introduce him to a dungeon guide and a master lock-piker. He reveals that these horns are the answer to everything. Diablo asks the kid what kind of dungeon it is. The kid replies that it is incredible, right from the entrance. There are lion statues that attack you right at the gate. Diablo thinks that he knows the dungeon that the boy is talking about. He asks him if the dungeon has 13th floors, and the boy reveals that no one has not been able to pass the third floor.

They are no also aware that there is more flor since they are stuck on the third floor. Diablo asks the boy if there is a different-colored slime on the third floor that they have to defeat. The kid agrees and reveals that they were a lot of different-colored slimes wandering around there. Diablo comments that he knew it; it is his dungeon. The kid asks Diablo who he is. Diablo wanted to say that he is the Demon King, but he heard a voice of a lady saying something. 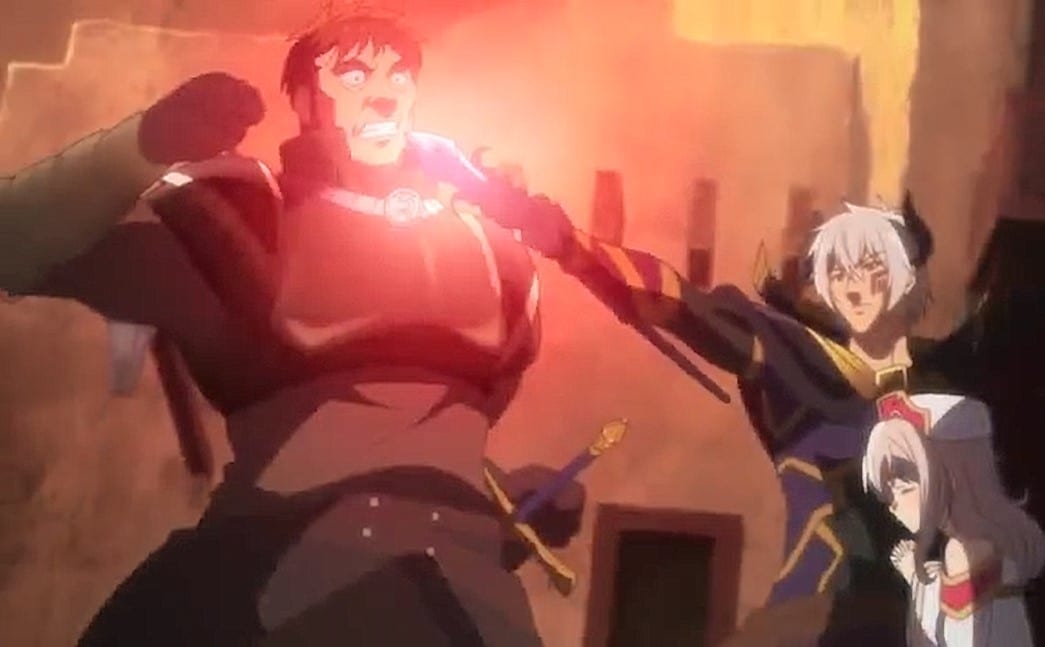 How Not to Summon a Demon Lord Season 2

Diablo looks behind, wondering what is happening. He realizes that the trio is in trouble again. They are scolding a knight who is refusing to help a lady that is injured. The knight is the only one who has the power to heal the child of a lady. She begs him to help the child, and the knight comments that if they need aid or priest, they must in line and pay the donation. Diablo heard everything and wonders what kind of man is that knight. He got furious since the knight is letting his nation die because they are poor and have no money.

Lamacchia told the knight that it is written in the holy scrips for the civilians to be helped by knights. The knight got furious and wanted to smack Lumachia, but Diablo sent him flying with a single blow. Diablo heals the baby and comments that he is Diablo the Demon King from another world; nothing is impossible.

Find how Diablo ends up in the mysterious world here on Preview: How NOT To Summon A Demon Lord 2 Episode 2.