Preview: How NOT to Summon a Demon Lord 2 Episode 2 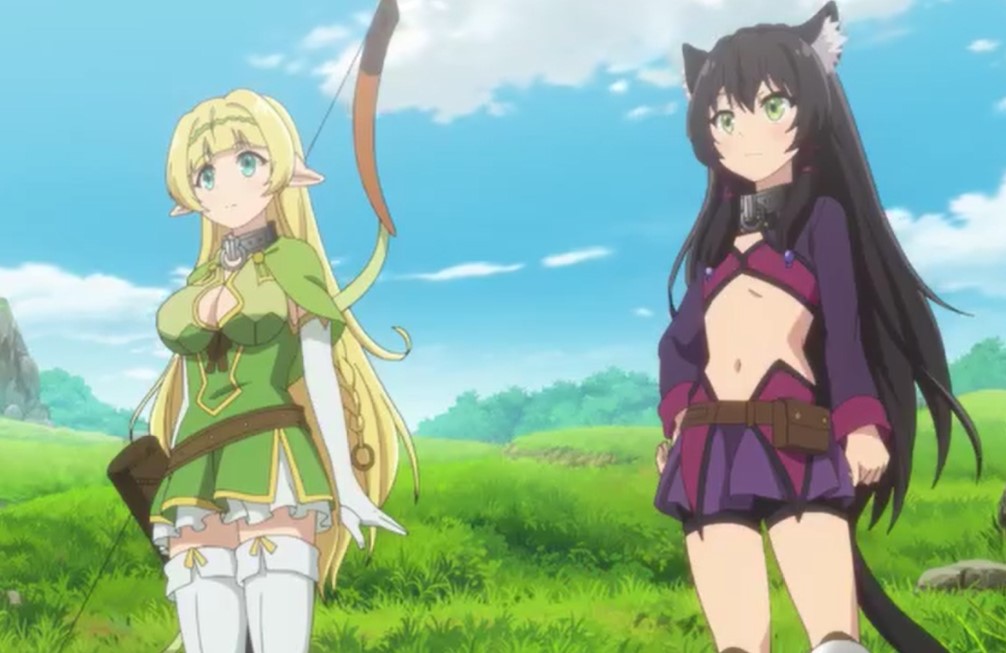 How NOT to Summon a Demon Lord 2

Two mysterious girls were being ambushed in the middle of the night. One of them got swallowed by a flower monster. The enemy with red hair arrives and summons a beast mushroom. The beast mushroom wanted to devour the other girl who is calling forgot to help her. The red-haired enemy comments that he is getting jealous and he will toy with her honor. The mushroom beast tears all of her clothes. How NOT to Summon a Demon Lord 2 is also knows as Isekai Maou to Shoukan Shoujo no Dorei Majutsu Ω.

Before she gets molested, she shouts the name, God. A mysterious mand fell from the sky and smashed the beast mushroom. Everything fashioned in a moment, and no one knows what has happened to the red-haired enemy and beast mushroom. The next day in the morning, Shera and Ren are arguing about who summoned Diablo. They wanted to bathe naked, and Rem doesn’t support the idea. She comments that Shera is a pervy elf.

His acting paid off, and he kept on acting like a Demon Lord. Diablo fought the elite soldiers of the Kingdom of Greenwood who came to capture Shera. After defeating Greenwood, he fought with the Fallen. After revving the Demon Lord Krebskulm, who was sealed within Rem, Diablo forced her to serve him. All the time he helps a girl or saves her, they become one of his sex slaves. But the girls like that since there are no stronger men like Diablo inside this Kingdom.

Demon Lord From another World

Diablo stands at the cliff and comments that living in this world as the Demon Lord Diablo is not so bad. While he is thinking about what he has done so far, Shera approaches him and tells him about sunbathing. Her chest was squeezing Diablo, and Rem also squeezes Diablo at the other side. Diablo realizes that his tank is empty and decided to change the topic. He told the two that they didn’t come here for that, and they are here to test a new spell.

Diablo reveals that they are going to learn flight magic. He told them to stand back and watch as he cast a spell on a log and attempt to ride it. Diablo unleashes Adzet, and the log began to float in mid-air. The spell worked, and he comments that nothing can go wrong since he is Diablo, the Demon Lord from another world. He whispers that thanks god it worked, and if not, it would have been embarrassing since the girls are watching. He started to ride the log like a pro.

Rem and Shera praised Diablo that he is not just good in bed. While he is riding the log, Diablo saw a huge light. He realizes that he has never sensed a magic power like this before. He lost his balance and fall from the above. Diablo got teleported to the place where the red-hared guy and the beast mushroom were touring a girl. The girls ask Diablo if he is God and Paladin comments that Diablo is not a god; he is just a dirty Demon. He saved the girls ad she became his third wife.

You can also read What To Expect From Kengan Omega Chapter 105? and How Not To Summon A Demon Lord Episode 1: Preview & Where To Watch?

Who is Call Her Daddy Host, Alex Cooper Dating?