There is nothing unnatural in seeing people grow to fame through reality shows. Public figures like Kim Kardashian, Lauren Conrad, and many more have paved their way starting from a reality show of sorts. So, it wasn’t much of a shocker to see Katie Thurston, the most recent The Bachelorette star, making big news. Fans will have to wait a long time to know who they would pick towards the end. However, completely inspired by her personality, fans are even more interested to know about her as a person. Her job aside from being a television personality depicts her as a capable self. Although she is probably not into the show only for the money, people are curious about how much Katie Thurston is getting paid for The Bachelorette. Her charms ever since her first appearance have flourished, stealing more spotlight under the Hollywood stardom.

Also Read: Who Is Courteney Cox Dating As Of 2021? The Friends Star’s Personal Life

The celebrity rose to even higher fame after The Bachelorette announced her as the next lead on the show. She stood at the eleventh place when Matt James was The Bachelor. During her presence on the show, we saw a funny and sweet side to her. Her personality came off as very likable. Now that she’s going to be the lead, she will be gaining all the attention. How Thurston reacts to the different men impressing her will be a treat.

As I reminisce about my journey to find love, I can’t help but get in my feels. You all are about to meet an incredible group of men with fascinating stories to tell. The vulnerability & strength these men show throughout our time together is something I’ll cherish forever.(1/2) pic.twitter.com/n6QTVfofEV

What we know so far about Thurston is that she is a 30-year-old Bank marketing manager. She exhibits aura confidence that lights up the show. Katie Thurston currently has 624k followers on Instagram and has an ever-growing fan base on TikTok as well. She has an athletic build and enjoys sports like Volleyball and Hockey. Also, Thurston takes a thrill in hiking. On Instagram, Katie Thurston often also expresses her love for cats.

Even if she had not won The Bachelor, she had acquired quite a lot of fans. The reason being the very radiant personality that instantly attracted people towards her. Returning as a lead now, we look forward to knowing more about the newest bachelorette on the show. Whether she has found the love of her life or not on the show is still a mystery. However, keep checking out The Bachelorette on ABC every Monday at 8 pm. Alternatively, the new episodes will also air on Tuesdays on Hulu.

How Much Katie Thurston is Getting Paid For The Bachelorette?

Big shows like The Bachelorette or Love Island pay off big wads of cash. Irrelevant to whether the contestants come over for money or love, the ending will always be paid with green bills. So how much is Katie Thurston getting paid for The Bachelorette? 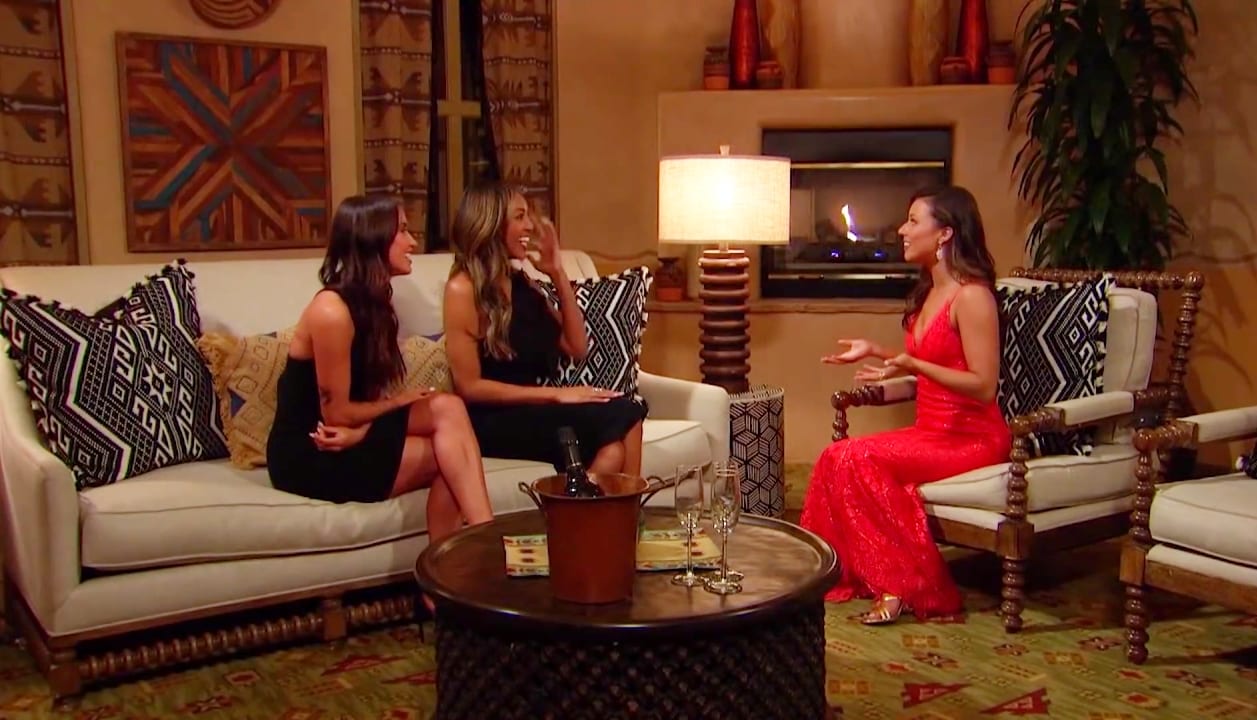 Well, not many celebrities openly let such details out. The same goes for Thurston. She has not made any remarks about the paycheck she received from featuring in The Bachelorette Season 17. However, it is not too difficult to make certain assumptions.

It has often been reported that The Bachelorette pays higher than The Bachelor. The pay rises to at least a six-figure amount. Its biggest example is Emily Maynard from the eighth season of The Bachelorette who earned 250,000 USD in 2012. It depends on Thurston and how much she negotiated to be on the show. She could be paid around 250,000 or even more.

Moreover, this is not the end yet. If Thurston decides to air her wedding on Television, she will be paid about 1 million dollars.

However, whatever might the payment of the show be, we wish for a happy and love-rich life for Thurston.

Also Read: Why Is K-Pop Banned In Jamaica?