How Many Pokemon Does Ash have? 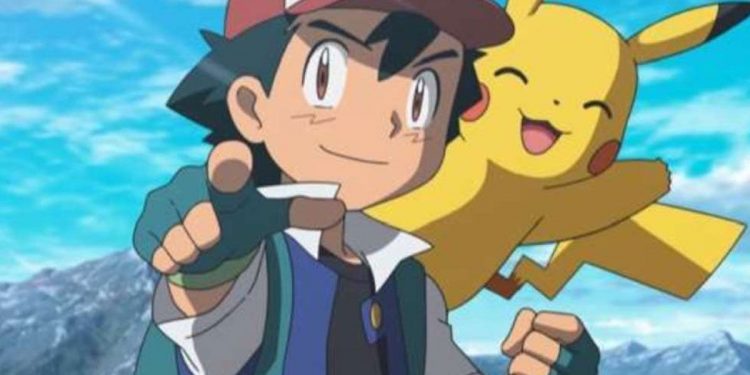 During his travels, Ash Ketchum, the protagonist of the Pokémon anime, has captured a large variety of different Pokémon. Have you wondered how many pokemon does Ash have? He has caught a Pokémon in every area and currently has 5 Pokémon in his roaster. He also maintains many Pokémon with Pokémon Professors and may call them at any time. Ash has also released, traded, and given away numerous Pokémon and left some of his buddies to train in other areas.

Many anime have attained previously unheard-of levels of success, but it’s still difficult to imagine how big of a cross-platform sensation Pokémon has become. There are several ways to enjoy the Pokémon world, and the anime has grown in popularity alongside the games on which it is based. It’s a great example of what a video game anime can do, and it’s been around for nearly two decades. Ash has been at the epicenter of everything.

Who is Ash Ketchum?

The main character of the Pokémon anime series is Ash Ketchum. He is a 10-year-old Pokémon Trainer from Pallet Town in the Kanto region who has always wanted to be the best Pokémon Master globally. Ash won the Orange League and Kanto Battle Frontier and is the Alola region’s Pokémon Champion, which he received after winning the region’s inaugural Pokémon League Conference.

Ash is presently working as a research assistant at the Cerise Laboratory alongside his new buddy Goh, participating in the World Coronation Series. Even though he seems to have not aged a day since his first day, Ash has changed a lot while traveling with Pikachu and his other pals; his companions changed as the seasons changed. He collected a lot of different Pokémon, fought a lot of brutal fights, helped rescue the world multiple times, and appeared in all episodes of the anime and all connected anime movies.

How Many Pokemon Does Ash Have?

Since the beginning of his Pokémon adventure, Ash has learned a lot, and although capturing Pokémon isn’t always his first goal, he’s still gotten a lot. Ash has 76 Pokémon in his possession, along with 30 Tauros housed in Professor Oak’s Lab.

That’s not a lot of Pokémon in total. Still, when you include all of the other Pokémon Ash has previously held but released or sold away. As well as the many evolutionary stages his Pokémon have gone through. Ash currently has had 96 distinct Pokémon, including the Tauros.

Where does he keep all the Pokemons?

In truth, Ash captured some of his Pokémon because they let him. He released them after he befriended or assisted them. He also has no preference for any particular Pokémon. Though Ash generally acquires five or more Pokémon in every area, he rarely exchanges the Pokémon in his current party with those in storage at Professor Oak’s Laboratory.

He usually only uses this when competing against formidable opponents (such as Trainers in the Pokémon League Conferences and Frontier Brains) or when attending events that need the use of a certain Pokémon (such as Tauros at the Pokémon Swap Meet or Snorlax at the Sumo Conference). During Pokémon, the Series: Black & White, Ash actively cycled among the nine Pokémon he captured in Unova.

However, these Pokémon were held in storage at Professor Juniper’s lab in Nuvema Town while not in his party. After his adventure in Unova, Professor Juniper transported all of Ash’s Pokémon to Professor Oak’s lab. In the subsequent series, Ash did not employ this training technique. However, he did leave his Alolan party with Professors Kukui and Burnet after Pokémon the Series: Sun & Moon.

Also Read: Did Ash turn into a Pokemon?

Pokémon is an animated television series that chronicles the adventures of the series’ main protagonist Ash Ketchum and his companions. Oriental Light & Magic Inc. in Japan produces the series. It debuted on TV Tokyo in Japan on April 1, 1997, and was then dubbed in English for the US.  Later in worldwide television by 4Kids Entertainment until Season 9. The anime is separated into series and plot arcs, dubbed into seasons.

There are also several spin-off series and films that are not included in the official tally. Because it is based on the Pokémon video game franchise, the anime covers many of the same ground, Including locales, Pokémon fights, Gym Leaders, and Badges.

Pokémon’s anime began in 1997 to capitalize on the burgeoning popularity of the video game franchise, and no one could have predicted that Ash would still be on his adventures over 20 years later. The Pokémon anime consists of seven more extensive series that encompass all the games. These ongoing programs are separated into 23 seasons, with 1132 episodes being broadcast too far. It’s an incredible accomplishment, and there’s even a Pokémon Chronicles spin-off anime.

When Will Shuumatsu no Harem return?