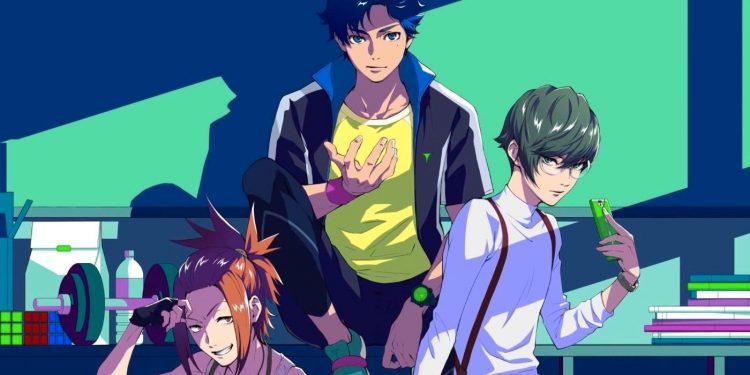 How many episodes will Tokyo 24th Ward have?

While stepping into the year 2022, what resolution are you going to make? As for me, I am pledging to stream all the upcoming anime of the year 2022. Like, why not? Since the year is becoming more and more interesting and fascinating with each passing day and has introduced a lot of upcoming series, we are going to stream this while keeping us safe in our home. It’s been about a week in the year 2022, and we have already gotten a series of anime to binge on. One such series is none other than “Tokyo 24th Ward”, one of the most awaited series that is making its way this year. So, how many episodes will Tokyo 24th Ward have?

The series has been out as a winter anime and has its name along with other hits of the same time. Demon Slayer, Orient, FreakAngels, Attack on Titan, and now we got Tokyo 24th Ward. Where Demon Slayer provided you with fresh demon action, Attack on Titan will bring you some raw action from a fictional world. Tokyo 24th Ward is a series that takes you around Science Fiction Action. Getting started with the series introduction, you will get to know the release date of the series along with the number of episodes the whole series will have. I recommend you to stick till the very end to know everything you need to know.

Tokyo 24th Ward is another original anime series that is all set to drop out this year. The series is already available to stream as the episode is already out. Tokyo 24th Ward, also known as Tokyo Nijuyon- Ku original anime series written by Vio Shimokura. The series direction is helmed by Naokatsu Tsuda, whose name is often taken along the series Jojo’s Bizzare Adventure. He is no other than the Executive Creative Director for the production of the series Jojo’s Bizzare Adventure. Now that Tokyo 24th Ward has been released, he is going to work on both series. The series has been produced by CloverWorks Studio, the well-known studio for its other works such as Darling in Franxx, Fairy Tail, The Promised Neverland, and Horimiya.

It is said to be unique and somewhat revolutionary for the modern anime industry. The best thing about it is that it is totally original and not an adaptation of a manga or a light novel series. This makes it surprising for the viewers as they will not be able to know what is going to happen next. The plot of the series is set up on a fictional and artificial island in Tokyo Bay on far East Special District, which is called 24th Ward.

The protagonists of the series, three residents of the island named Shuta, Ran, and Koki, have been best friends since childhood. Unfortunately, within a year, something really bad happened as one of them died. After a year, as they reunite on the occasion of the unfortunate event, they receive an unknown message from their dead friend, who is asking them to work together to save their home.

Tokyo 24th Ward has dropped out on 5th January 2022 with its first episode. From its first episode, the series has managed to create a positive first impression of the viewers. However, everyone was doubtful about its because Tokyo 24th Ward is an original anime. Series like this are most likely to spend their time and efforts on the nonexistent fanbase. They start fresh from collecting a fanbase slowly. But the first episode proved the series to be reliable as it got a lot of potentials to grow and become one of the most successful series of the year.

As for the number of episodes in the series, the creators have confirmed that there are going to be 13 episodes in total in Tokyo 24th Ward. All the upcoming episodes are going to release on a weekly basis that is on every Thursday at 00:30 (JST). According to the original sources, the series is licensed by Crunchyroll and Funimation to stream both Dub and Sub outside Japan. The cast of characters includes Ran Akagi voiced by Yuma Uchida, Koki Suido voiced by Kaito Ishikawa, Shuta Aoi voiced by Junya Enoki, and Asumi Suido voiced by Manaka Iwami. There are a lot of characters left that you are going to meet as the series progresses.