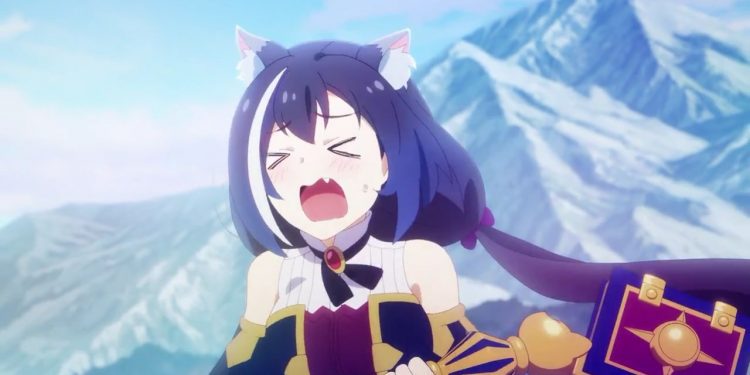 How many episodes will Princess Connect Season 2 have?

Winter of 2022 is all about either the release of new anime or the renewal of new seasons of old anime. While several new anime has started premiering, another anime that recently renewed with its second season is Princess Connect! Re:Dive season 2. The first season was quite popular among Japanese viewers, although it went highly unnoticed among international audiences. However, the anime has gathered quite a fanbase with its intriguing story and well-done animation from the studio of CygamesPictures. The anime has received several positive remarks, too, leading to the production of another season. The second season has once again brought its old fans together to enjoy a fun and adventurous story. How many episodes will Princess Connect! Re:Dive Season 2 have? After the first season ended, will it have a bigger episode schedule?

Princess Connect! Re:Dive is an anime adaptation based on an RPG developed by Cygames. The game was launched in 2018 as a mobile game. In 2018, it inspired a manga adaptation which was written by Asahiro Kakashi and illustrated by wEshica (or Shogo). The manga was published by Kodansha and had two volumes at the time of writing. Princess Connect manga adaptation is currently in the ongoing status and is serialized in the Cycomics magazine. An anime adaptation by CygamesPictures was announced not long after, which even premiered its second season at the beginning of 2022.

Undoubtedly, fans are very excited about whatever the story has in store for them and how the story would unfold ahead. How many episodes will Princess Connect! Re:Dive Season 2 have? Here is all that we know about it.

The second season of Princess Connect! Re:Dive follows up from the events of its previous season. On waking up, he sees Ameth, who claims to know him, and sends him to do a mission in Landsol with the guidance of Kokoro, a guide appointed by Ameth. Yuuki has lost his memories. He meets his guide, Kokoro, who will be accompanying him on all his journeys. He comes across various people like Pecorine, a swordsman who also ate a lot, and also Karyl, who belongs to the cat-beast race. The four then form their own guild named the Gourmet Edifice and go on several exciting adventures.

Season 2 continues as Yuuki continues to try to recover his memories. The guild goes on to complete missions from Ameth as they eat and have fun.

After the release of the anime’s second season on 11 January, fans of the show have returned to praise the animation and story. Princess Connect! Re:Dive is sure to bring in more interesting tales of adventure and perhaps more revelation of Yukki’s past. Fans are looking forward to finding out what new villains from the game the guild will be facing this time and how the four would tackle them.

Also Read: How many Episodes Will My Dress-Up Darling Have?

How many episodes will ‘Princess Connect! Re:Dive’ Season 2 have?

The first season of Princess Connect aired in 2020. This was followed by the announcement of season 2, which aired in the winter of 2022. Season 1 had 13 episodes. Season 2 of the anime has similar plans.

It was announced soon after its premiere that Princess Connect! Re: Dive season 2 is scheduled to have 12 episodes. All the episodes in this season will run for a single cour. New episodes will be released every Monday on various legal anime streaming websites. It is locally broadcast on Tokyo MX, BS11, SUN, and KBS Kyoto in Japan. There has been no announcement of breaks between the episode schedule so far.

At the time of writing, the first episode titled “A Walk on the Gourmet Side ~Curiosity Is the Best Bouquet Garni~” was released. Episode 2 of the anime, titled “A Moody Cat’s Hesitation ~Antipasto in the Moonlight~” will go live on 18 January 2022.

Where to watch the second season of Princess Connect! Re:Dive?

Princess Connect! Re: Dive is quite popular among fans of the genre. The second season of the anime is currently available for streaming on Crunchyroll and VRV.

Also Read: How Many Episodes Will Attack on Titan Season 4 Part 2 Have?