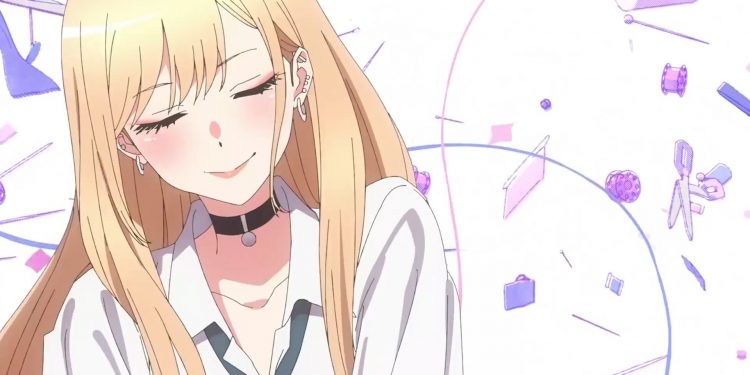 My Dress Up Darling

2022 has only just begun, but the anime industry is kicking it off with a great start. Long-awaited anime is finally premiering in the winter of 2022, hyping up the audience till they scream. Out of several others, one anime that people have been waiting for is My Dress-Up Darling, an anime that revolves around the art of cosplaying. Cosplaying had long been an underrated art that only became popular recently. The art is definitely one worth praising for it requires a tremendous amount of creativity, skill, and talent to re-create another character to precision. Dress Up Darling became an instant attraction the moment it was revealed to be about cosplaying. The anime premiered recently, and I bet several fans are looking forward to it and to knowing how many episodes will My Dress-Up Darling have.

My Dress-Up Darling is based on the manga series written and illustrated by Shinichi Fukuda. The manga was serialized into Square Enix’s Young Gangan and published by Square Enix. It was launched in 2018 and has since been ongoing with 8 released volumes so far. An anime adaptation by CloverWorks was announced in 2021, which finally premiered in the early winter of 2022. Much as expected from the anime, several people have taken a huge deal of interest in the anime and have come to praise the first episode for its beautiful animation and art style. Furthermore, manga readers are especially appreciating how well the studio has stuck to the manga.

Episode 1 has been released at the time of writing. How many episodes will My Dress-Up Darling have ahead?

My Dress-Up Darling revolves around two first-year high-school students. The first is Wakana Gojo, a shy boy who wants to become a Hina doll craftsman. To become so, he has mastered the art of sewing. The other character is Marin Kitagawa, a popular girl from his class whose personality is quite opposite to him. She has a deep interest in cosplaying. Their paths cross when Marin discovers Gojo in the clothing room, sewing costumes for dolls. When she sees his skills, she takes the opportunity to ask him to create a costume for her based on a video game character.

Wakana is unsure about it since he has never made clothes for people. However, on seeing Martin’s eagerness, he agrees to go on along with her plan. Thus begins the romantic comedy story of an enigmatic cosplayer and her shy costume maker.

How many episodes will My Dress-Up Darling have?

My Dress-Up Darling from CloverWorks premiered on 9 January 2022. The anime was broadcast on Tokyo MX, GYT, GTV, BS11, ytv, Mētele, and AT-X in Japan. For international viewers, the anime has been licensed by Funimation and Muse Communication. The anime’s opening theme is titled “Sansan Days” which is performed by Spira Spica, and the ending theme of the anime title “Koi no Yukue” is performed by Akari Akase.

It has been revealed that My Dress-Up Darling will have 12 episodes, each of which will be updated weekly on Sundays. The episodes will run through a single cour. Since the source manga is currently ongoing, the anime will probably cover the first few volumes of it. There has been no announcement regarding breaks of any sort between the anime’s run period so far.

My Dress-Up Darling is listed for 12 episodes!

The first episode of My Dress-Up Darling has received a lot of positive responses from viewers all over the world. The anime currently has an 8.8 rating on MyAnimeList already within hours from its premiere. We get a brief first look into the characters and the environment that the story is set in. In addition to the feel-good vibes, the anime is also vibrant and funny, which only doubles the fun of watching it.

Episode 1 sets the two main characters amidst a bit of awkwardness, but even in the middle of it, one cannot help but be absolutely whipped by their cuteness. Being one of the most anticipated anime of Winter 2022, we look forward to 12 episodes filled with humor, love, and lots of cosplay.

Also Read: Shadow House Season 2 Announced: When Is It Coming?