One of the bestselling manga has been published into 21 volumes by Kadokawa! 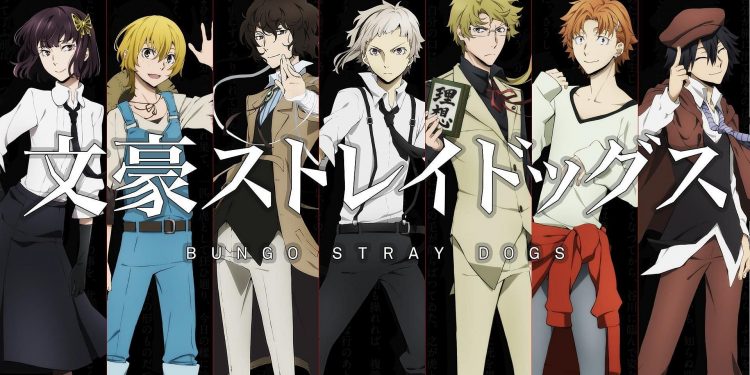 Bungou Stray Dogs is one of the most loved action-thriller animes based around the Mafia and Armed Detective Agency in Yokohama. How many chapters are there in Bungou Stray Dogs manga? The surprising element is that some of the characters possess some extraordinary abilities like controlling gravity, turning into a wolf under the moonlight, etc. There are three seasons of Bungou Stray Dogs along with Bungou Stray Dogs Wan!, which is a spinoff using chibi characters. The manga of BSD is written by Kafka Asagiri and illustrated by Sango Harukawa. It has been by Kadokawa’s Young Ace. In the story, the Armed Detective Agency helps the government to protect the city of Yokohama from mafia and violence.

Port Mafia is one of the most influential mafias in the town. In the manga, there are 96 chapters, out of which 93 chapters have been made into books by Kadokawa. The manga is still ongoing. It has 21 volumes. There’s another part of the story called. The manga is based upon a light novel called Beast. The manga has an anime adaptation, video game adaptation as well as a stage performance. Even the author, Dan Brown, was inspired and created a character’s personality. In 2019, it got the ‘best television show award’. The film Bungou Stray Dogs Dead Apple in 2018 was the winner of the “Theatrical Film Award”. In 2019, the anime received second place in the best television series award after Demon Slayer: Kimetsu no Yaiba.

How many chapters are there in Bungou Stray Dogs manga?

There are a total of 96 chapters in the manga as of now. There are also bonus chapters in it, which complement or continue the story. The first chapter starts with ‘Looking the Gift, Tiger in the Mouth’ and ends with the Empty Port Arc. The manga is ongoing, so it might get updated after this. Season 1 ends at chapter 16, season 2 ends at chapter 37, and season 3 ends at chapter 53 of the manga. The story is about Yokohama, which has a mafia in every corner of the street. That’s when the Armed Detective Agency was made. All of the members have special abilities with which they make the city more peaceful.

This anime is a spin-off of Bungou Stray Dogs, where everyone is a cute chibi character!! Atsushi has finally warmed up and opened up to the Armed Detective Agency. It features the chaos and craziness among those peaceful times!! The encounters with Port Mafia, Kyoka as well as Dazai, and others are adorable and fun to watch. They roam around in Yokohama while Dazai continues to find ways to commit suicide. He even wants to find a beautiful woman who is willing to commit double suicide with him. Meanwhile, Akutagawa does all chores for Dazai, which often sparks jealousy in him because Dazai is friendly with Atsushi as well.

Was Bungou Stray Dogs: Dead Apple made into a movie?

There’s another part of the manga called Bungou Stray Dogs: Dead Apple. It has 12 chapters and has been published into three volumes of manga. In this, all the people with abilities start committing suicide one by one. This manga was made into a movie in 2018. So, Ango Sakaguchi asks the Armed Detective Agency to investigate a suspicious person called Tatsuhiko Shibusawa, who is known as Collector. Dazai and Chuuya had met this man during their Port Mafia Days. Now, after 6 years, Kunikida tells the detective agency about mysterious death with the presence of fog, he and Tanizaki went there to meet the informant and ended up finding him dead. Nearby, an apple was pierced with a knife.

Entire Yokohama was soon consumed in this fog. Atsushi and Kyoko find themselves alone on a street, unable to use their powers. They find Kunikida to be injured and rush to his aid. Kunikida tells them about how the people having abilities are not committing suicide, but due to some reason, their abilities are causing their death. This gets rather tragic later on as Dazai gets stabbed, and Chuuya activates his corruption to face the dragon which caused this mess. Soon, it was presumed that the world would be engulfed in this gas. Kyoka and Atsushi get their powers back and start to fight the dragon hybrid, Shibusawa. Even though Shibusawa was much stronger, they manage to defeat and kill him.

In the end, Ango was glad that no civilian was hurt by this disaster. Chuuya was eventually praised by Mori-san for helping to avert the crisis. It was a happy ending, with Yokohama and the world finally returning to their peaceful routine.

The manga also features Bungou Stray Dogs in ‘Beast’. The alternate universe story features Ryunosuke Akutagawa, where he tries to save his sister. Only 3 volumes have been published yet, and there are a total of 19 chapters till now. The zeroth episode starts with how Akutagawa kills 6 outlaws. Then, a bandaged man in black, aka Dazai, came to recruit him, only to realize that the boy was too angry to face the world. This enraged him, and he attacked Dazai only to realize that his ability “Rashamon” didn’t work on Dazai. He kidnaps Akutagawa’s sister and challenges him for a rematch.

After 4 years, Akutagawa joined Armed Detective Agency. This parallel universe story becomes more interesting because the Port Mafia’s Hellhound, whom the world fear, is now fighting for the good people. Akutagawa wants to save his sister’s life from the clutches of the cruel White Reaper, aka Atsushi. The cute Atsushi as a villain is really surprising! Let’s read more about this in the future.

Also Read: How Many Episodes Will Platinum End have?