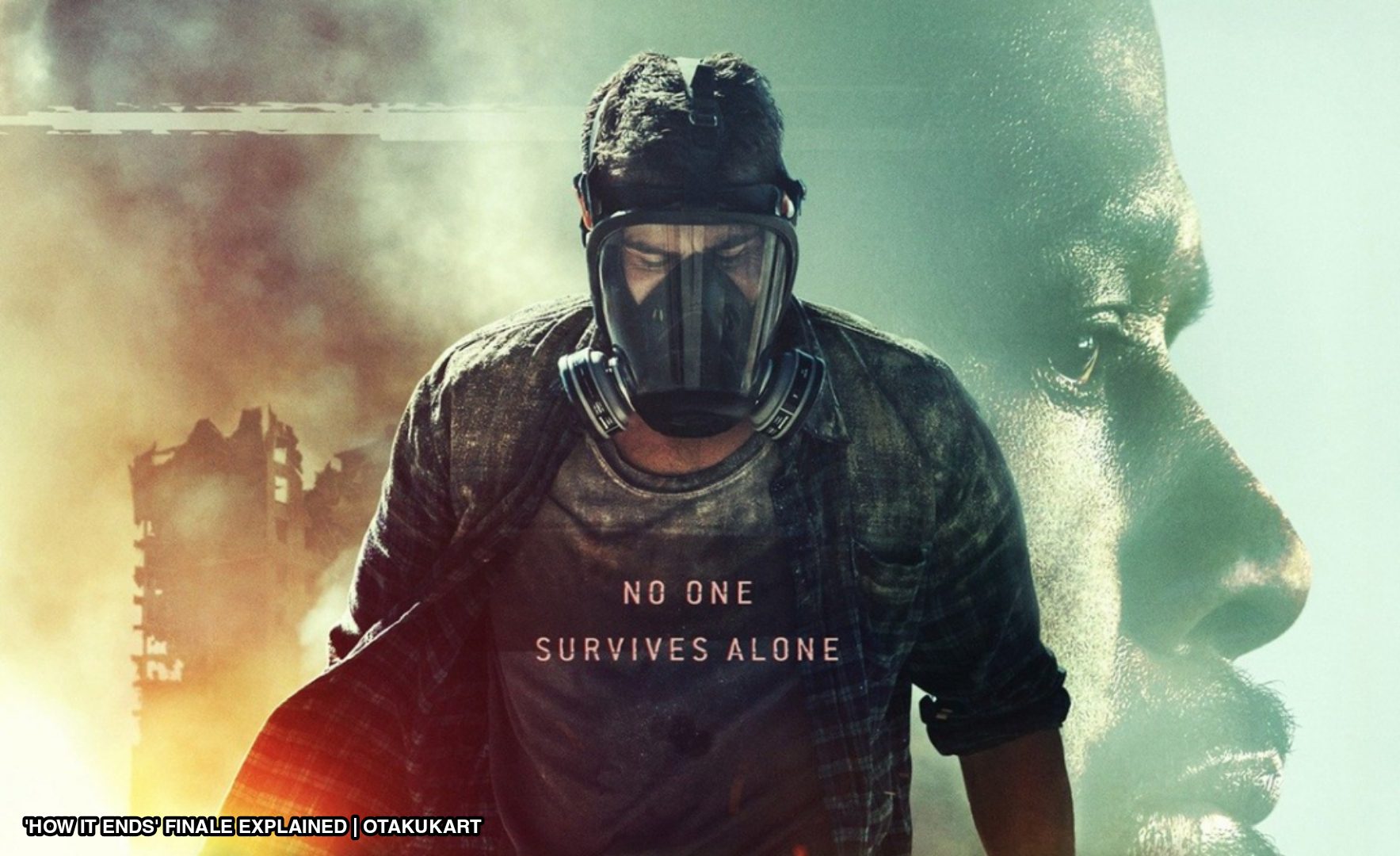 How It Ends Finale Explained

How it Ends is a popular 2018 film that covers the main genres of action and thriller. The movie became pretty popular among all the thriller fans. And even today, it is recognized for its unexpected twists and turns. Well, even though some fans didn’t find it time-consuming or boring, many other viewers were skeptical about this movie! The main reason behind it would be the reviews! While a group of people described all the positive points of this film, somewhere else, many others were highly negative about one. But people constantly want to know about the finale of ‘How It Ends’.

And these viewers are the ones who are waiting for the sequel to this one. According to them, the movie didn’t lack precision, and it was consistent from the very beginning. Moreover, all the thriller fans also claimed that it is way better than many other thriller films in the Hollywood film industry. Well, this explains the enthusiasm of all the fans towards the finale of ‘How it Ends’. One of the common facts that speculators didn’t like about the movie was unexplained situations. There were several scenes that had fillers, and it was not explained properly as well.

Speaking of the main storyline of this film, it is rather complicated. But it also includes several significant concepts as well. Moreover, the whole surrounds the life of a young man named Will Younger, and this role is portrayed by Theo James. Will is in a loving relationship with his girlfriend, Samantha. And they’ve been looking forward to marrying each other for quite some time. But before heading over to marriage, Will needs to make sure that Sam’s parents agree to their union. 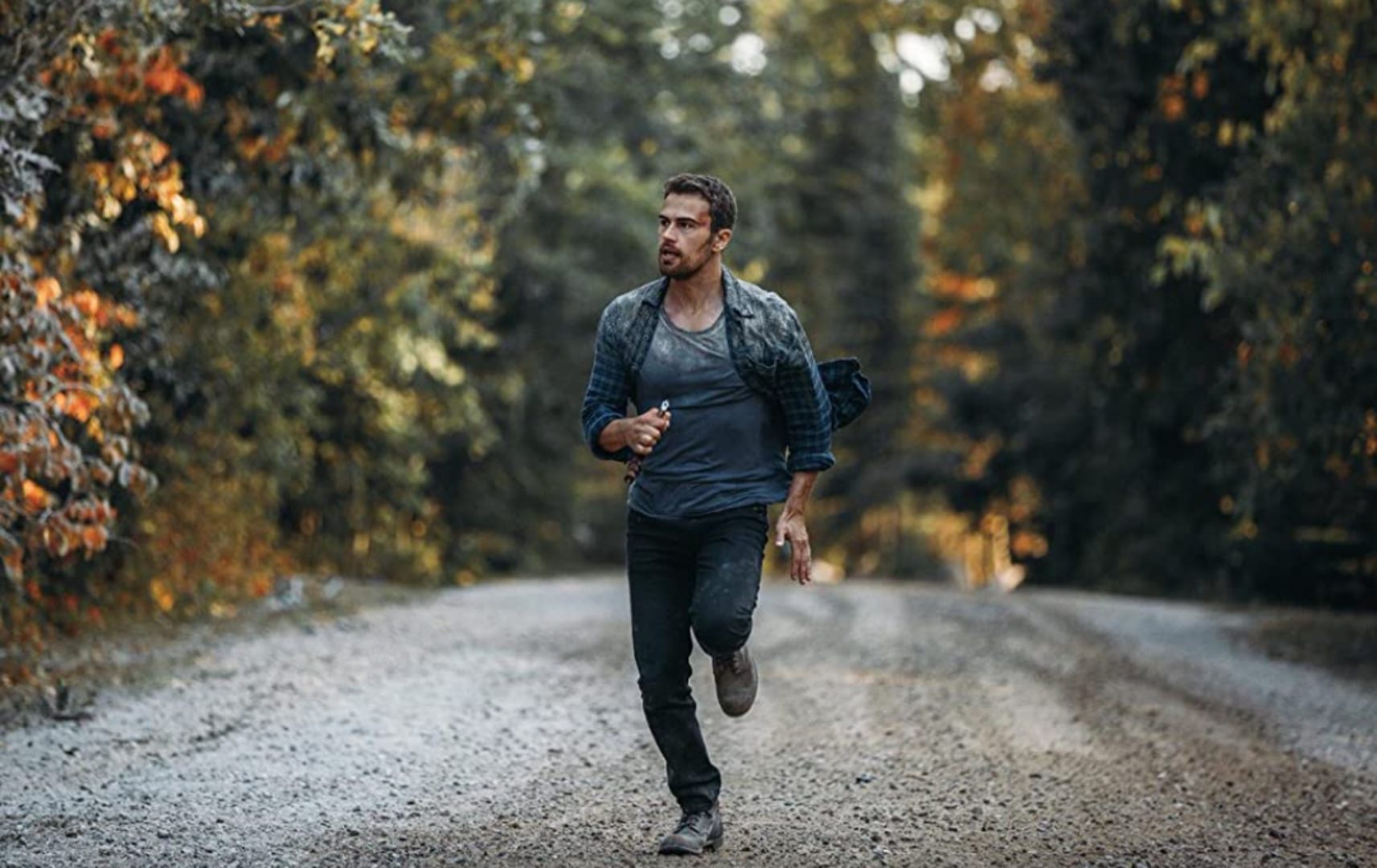 How It Ends: This Action-Thriller film was released in July 2018, and it is a David M. Rosenthal directorial.

Apart from this, Will and Sam are all set to become new parents too! To make this work, Will travels from Seattle to Chicago. And things don’t end up well. Her father, Tom, is pretty reluctant about their relationship. So he leaves abruptly without addressing the arrival of their new child as well. But while he is on his way to go back home, Sam informs him that she’s in danger. But he couldn’t get a hold of her because of communication issues. This makes him ever more worried.

Soon, Will decides to travel back to Seattle with her father, Tom, because they had to find her anyway. But guess what? The whole city is home to robbers and gangsters as they’re nearly killing everyone who’s meddling in their lives. In this process, Tom couldn’t withstand the wounds and passed away with a rib injury. But both of them created an unbreakable bond with each other. Determined to find his girlfriend, Will travels alone. Throughout the whole journey, Will realizes that he had to be his savior. Will manages to find her, but he will be able to save her from the forthcoming apocalypse.

‘How It Ends’ Finale Explained

Well, when it comes to the finale of ‘How It Ends,’ it is rather odd and ambiguous. Because the creators didn’t give out an exact opinion for the abrupt ending of this film. Towards the finale, you’ll understand that Will was able to save Sam from Jeremiah. He begins to fall in love with her and also dreams of dying with her as well. To make this possible, Jeremiah decides to kill Will but fails to do so. As the movie ends, you can see that Will and Sam embrace each other and leave the city. As their car speeds up, both of them witness a devastating volcanic eruption. 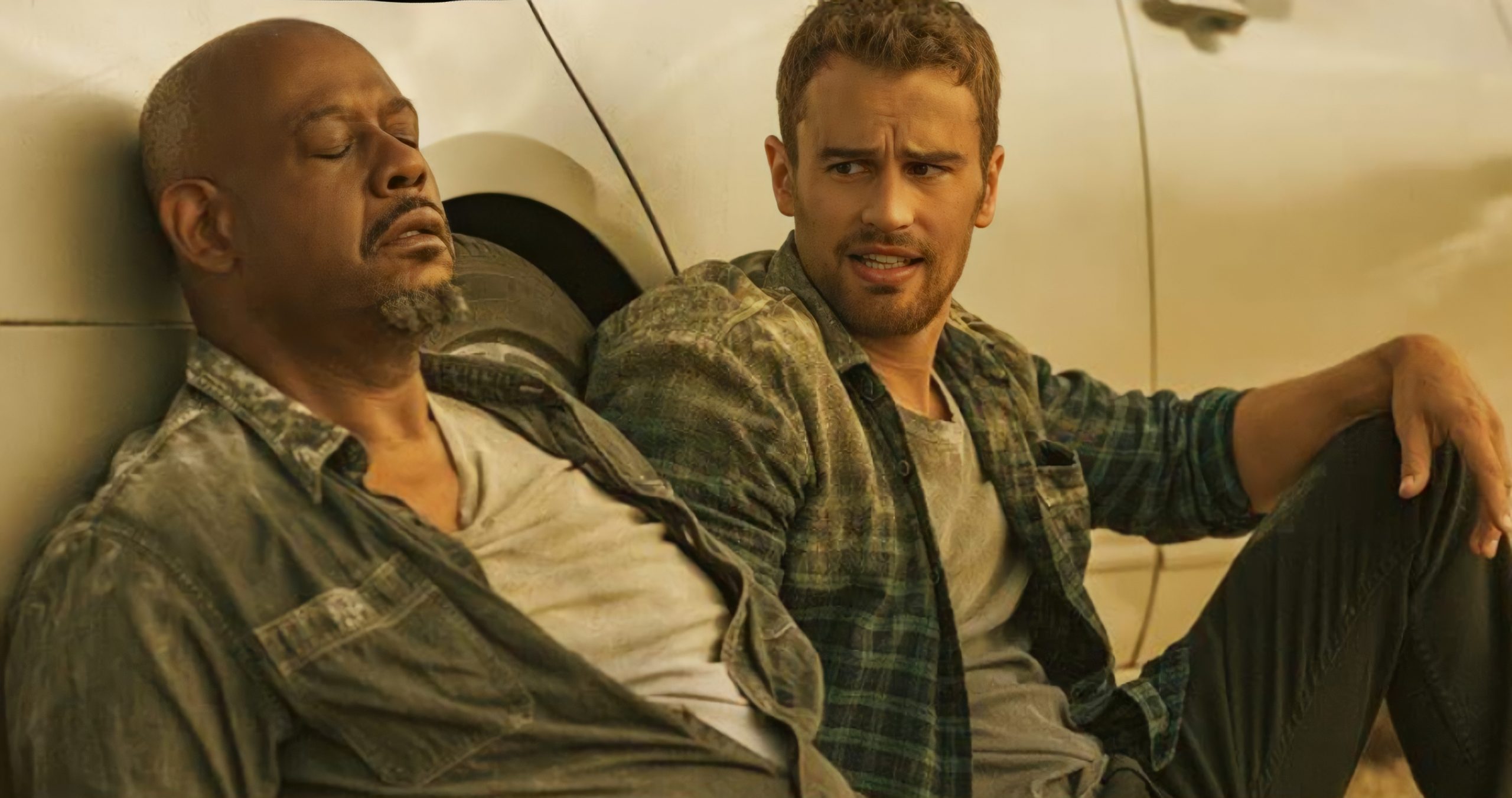 How It Ends: Scenes of Tom (Forest Whitaker) and Will (Theo James) from the movie

They manage to leave the remains behind, and now they must look after each other. Well, the most disturbing about this movie would be its way of protecting unexplained events. Throughout the whole film, there was no cause or reasons described to justify the arrival of such catastrophic situations. Instead, the plot became even more lopsided and incomplete with its fillers. But many viewers liked the way it left out several clues for our understanding. On the other hand, action-thriller lovers were devastated by the whole setup of this film. Apart from this, fans still expect the same cast to come back for the expected sequel as well. But it is not confirmed.