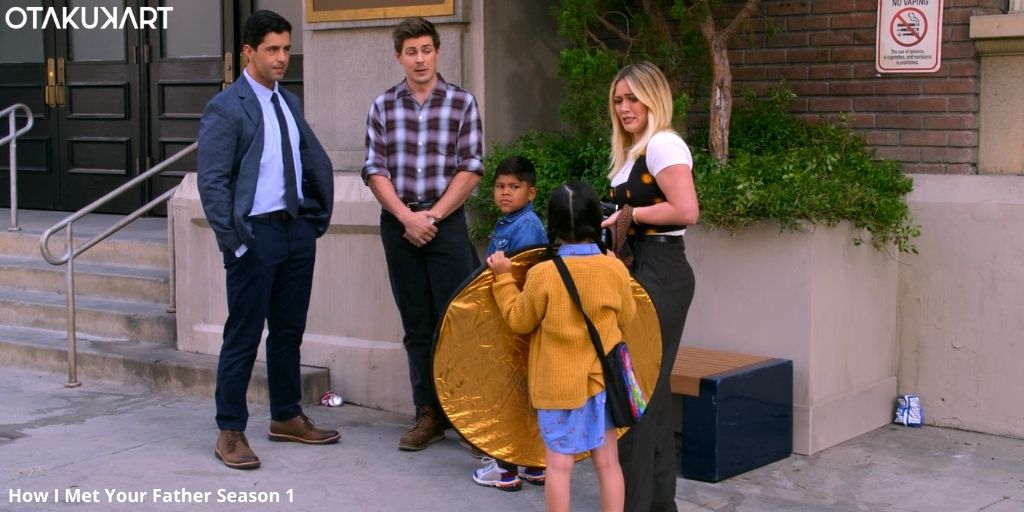 It looks like Sophie might be on her way to seal the deal in terms of finding love on How I Met Your Father Season 1 Episode 4. While the previous episode gave us a look at how she became the fixer in the lives of people that were close to her. Whereas, Sid was exploring several ways to keep the long-distance relationship with his fiance Hannah spiced up and interesting. On top of that, Valentina was more than happy to help him out with this tough task.

Although, it was turning out to be a lot more difficult than he had expected it to be at the start. Talking about having a tough time, Charlie was also finding it hard to search for a suitable apartment for him in the city. In addition to that, he had no one to share the apartment with as well and he surely wanted a roommate. Meanwhile, Ellen was also on the lookout for an apartment but she didn’t want to be roommates with Charlie either.

Whereas, Sophie was helping Jesse to find love. But the question was, did any one of them get successful in their tasks? The sitcom reboot of the original hit “How I Met Your Mother” has attracted a lot of viewers around the world since its premiere. However, the fans are now waiting to watch How I Met Your Father Season 1 Episode 4. But first, let us check out what happened in the previous episode.

How I Met Your Father Season 1 Episode 3 Recap

Episode 3 of How I Met Your Father Season 1 titled “The Fixer” dropped on 25th January 2022. The episode began with old Sophie in 2050 telling another story that was a part of her journey to finding her true love. Coming back to 2022, we saw everyone at the apartment as Jesse said that he would never join Tinder. However, Sophie convinced him to take good photos of him to upgrade his Tinder profile game that would attract a lot of women. Meanwhile, Charlie came in after another disappointing search for a suitable apartment for him. On top of that, Ellen refused the idea of being his roommate as she said she preferred living alone.

Later at the bar, Sid received a sex toy from his fiance Hannah to spice up their evening in this long-distance relationship. Although, he was skeptical about the idea of using the toy. But Valentina told him that she had several long-distance relationships and would love to help him out. Meanwhile, Sophie met Jesse during his break time outside the school and started clicking some pictures for him. Soon, the vice-principal of the school, Drew, came around and found out what was happening from Sophie. Moreover, he clearly was into her that Jesse could see but Sophie denied it. Later on, the two of them went to a bar and Sophie sent Jesse to talk to a girl there and it worked. But she overheard the girl talking to her friends and making fun of Jesse, knowing that he was the ‘failed marriage proposal’ guy.

So she confronted her and unintentionally spoiled the date for Jesse. On the other hand, the evening didn’t go as planned for Sid and Hannah. However, Valentina helped Sid by getting him the last moment ticket to LA and he surprised Hannah at her place. While Charlie and Ellen both failed to secure a good apartment. Moreover, Ellen realized she didn’t need someone that knew the city as her roommate, but someone who was nice and genuine. Therefore, she decided to become roommates with Charlie. In the end, we saw Sophie, sending Jesse his photos from the shoot asking him to get out there when he’s ready. Meanwhile, Jesse sent her Drew’s number to call him when she was ready and she did call Drew to set up a dinner. Additionally, we found out that he was also one of the men whom she met on the first day at the bar.

“How I Met Your Father Season 1 Episode 4 will release on 1st February 2022 at 3 am ET on Hulu.” Furthermore, the episode will be titled “Dirty Thirty”. The episode will probably see Sophie going on a date with Drew. Meanwhile, Jesse might also get out to find someone to love. Whereas, it will be worth the wait to see whether Charlie and Ellen get an apartment or not.

“How I Met Your Father Season 1 airs at 3 am ET on Hulu every Tuesday in the United States.” In addition to that, the show will air on Disney+ Hotstar at 10:30 am IST every Thursday in India. Other than that, the viewers in the U.K., Canada, and Australia will also get the show on Disney Plus. However, the show will start streaming in these countries from 9th March 2022.

Also Read: How I Met Your Mother – 8 Lily and Marshall Qualities We Love