How Did Kawaki Get His Karma Back in Boruto: Naruto Next Generations Manga?

In Chapter 65, Kawaki revealed his new Karma powers and saved Naruto from Momoshiki-controlled Boruto. How did he get his Karma back? 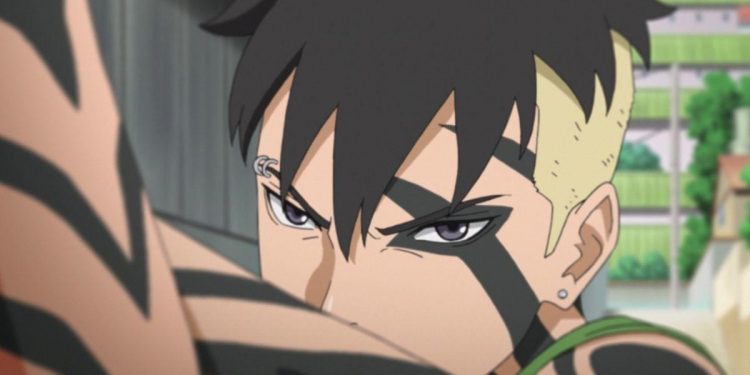 How did Kawaki get his Karma back

Boruto Chapter 65 showed us the three-way fight between Naruto, Code, and Momoshiki-controlled Boruto. I am afraid to say but, Kurama-less Naruto is definitely the weakest of the three. With Code taking Shikamaru as a hostage, it’s almost check-mate for Konoha’s seventh Hokage. Let’s just admit that no matter how hard he tries to deny his weakness, Naruto’s Sage mode isn’t strong enough against an Otsutsuki level threat.

Adding salt to the injury, Momoshiki agrees with Code for disposing of Naruto first. He immediately collects enough chakra and directs a massive Rasengan towards Naruto. Just when everything is lost, and we all fear that we are about to lose our favorite character forever, Kawaki stood between them as an unshakable wall and absorbed the massive Rasengan as no big deal. What’s the secret behind Kawaki’s newfound powers? How did he get a new Karma? We bring you everything that we know so far.

How Did Kawaki Get a New Karma?

The Karma seal has always been nothing less than a trauma for Kawaki. He lost the seal when Ishiki Otsutsuki forcibly resurrected using Jigen’s body. Little did he know that the curse he despised would come back as a blessing to him someday. Kawaki’s massive redemption that we witnessed in Chapter 65 is due to Amado’s genius plan to implant new Karma on Kawaki and use it as a weapon.

In Chapter 59, Amado convinced Kawaki that Naruto would lose in a one-on-one fight with Code. He even reminded Kawaki of how he will always be an Otsutsuki vessel with a huge storehouse of unexplored power. After manipulating Kawaki for a long time, he directly came to the main point proposing him to get implanted with another Karma and use its powers solely as a weapon. Amado knew that Kawaki would choose to protect Naruto over anything else. The recent events confirmed that Kawaki had agreed with Amado’s ridiculous plan.

Momoshiki was furious to learn about Code’s plan of feeding him to the ten tails to get his hands on the divine fruit. He immediately takes over Boruto’s body and shows Code who is the boss. Code even tries taking Kawaki as a hostage but Momoshiki-controlled Boruto rescued him with Rasengan compressed into a bullet-size projectile. Just when Momoshiki is about to break Kawaki’s arms for being so annoying, Naruto shows up and takes him away.

Code and Momoshiki agree to take care of Naruto first since he has been an obstacle for both of them. He directs a massive Rasengan towards vulnerable Naruto from a point black range, and he has no option to evade it. Surprisingly, Kawaki comes in their way and absorbs the huge Rasengan like some child’s play.

Amado says that the Karma he implanted on Kawaki will be solely used as a weapon. However, I have many reasons to believe that he has some other motive behind it. The fact that he kept the Karma transplant procedure a secret from everyone proves that he is hiding something from Naruto. Either he was doubtful about Konoha’s faith in him, or he was doing this for his selfish gains.

Amado can be the smartest scientist of the Shinobi world, but is he a trustable ally? No. Even Naruto thought twice before handing over Amado’s Byakugan-suppressing pills to Boruto. We know frighteningly little about the Karma that Kawaki is implanted with. A Karma’s original purpose is to resurrect the members of Otsutsuki clans. So, in the worst-case scenario, Amado could have been lying all about Karma being used as a weapon. He might have implanted Kawaki with an active Karma that will resurrect an Otsutsuki-level threat back to life. This little experiment can go terribly wrong, thereby turning Kawaki into a mindless monster like Boruto.

Whose Karma is It?

There’s a slim chance that Kawaki’s new Karma seal is of Isshiki Otsutsuki. Considering Amado’s skill as a scientist, he must have found a way to harness Isshiki’s powers without actually reviving him. However, Isshiki being dead makes the theory a bit far-fetched. We know a single Otsutsuki can implant multiple Karma seals, so I won’t be surprised if Amado has created an inert version of Momoshiki’s Karma and seeded it to Kawaki. For example, Code has a Karma but lacks eligibility to become a vessel. Something similar must have happened to Kawaki.

Also Read: How Can Boruto Prevent His Complete Otsutsuki Transformation?

Who is Changsung’s Girlfriend? Who Is The South Korean Singer Dating?