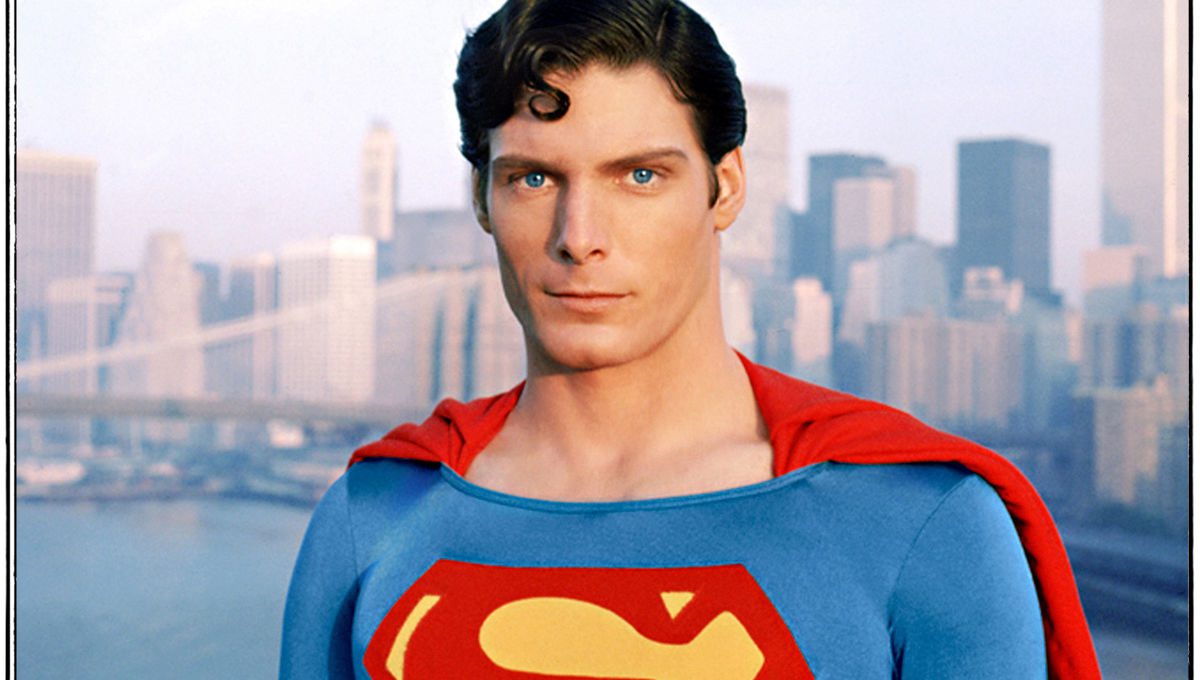 This article is about how did Christopher Reeves die? His early career, personal life, as well as details about the accident he had to go through. To everyone, Christopher Reeve is the spectacular Superman for the films as well as its sequels. And before becoming the Superhero to everyone, he was seen in numerous series as well as movies. Christopher D’Olier is a native of New York City. He was born in the year 1952 on the 25th of September. To pursue his schooling, he was going to Juilliard School of New York. Added to this, he went to Cornell University for his college. Moreover, before going to college, he was a part of a play.

This was a production of Broadway, known as A Matter of Gravity. Basically, this play involved other actors, such as Katharine Hepburn. Not to forget mentioning his character as a part of the soap opera, called Love of Life. The year 1955 was a terrible time for him since he got paralyzed from an accident. Sadly this star passed away in the year 2004 due to cardiac arrest. The evergreen role of the Superhero was a part of a two-year contract for the movie from 1978 known as Superman. This film was able to achieve an endless amount of support and love from fans. Clark Kent is known to be an alter ego for Reeve’s Superman. Basically, both of these stars were able to win many titles. These included the Superman movie and its sequels from the years 1980, 1983, as well as 1987. 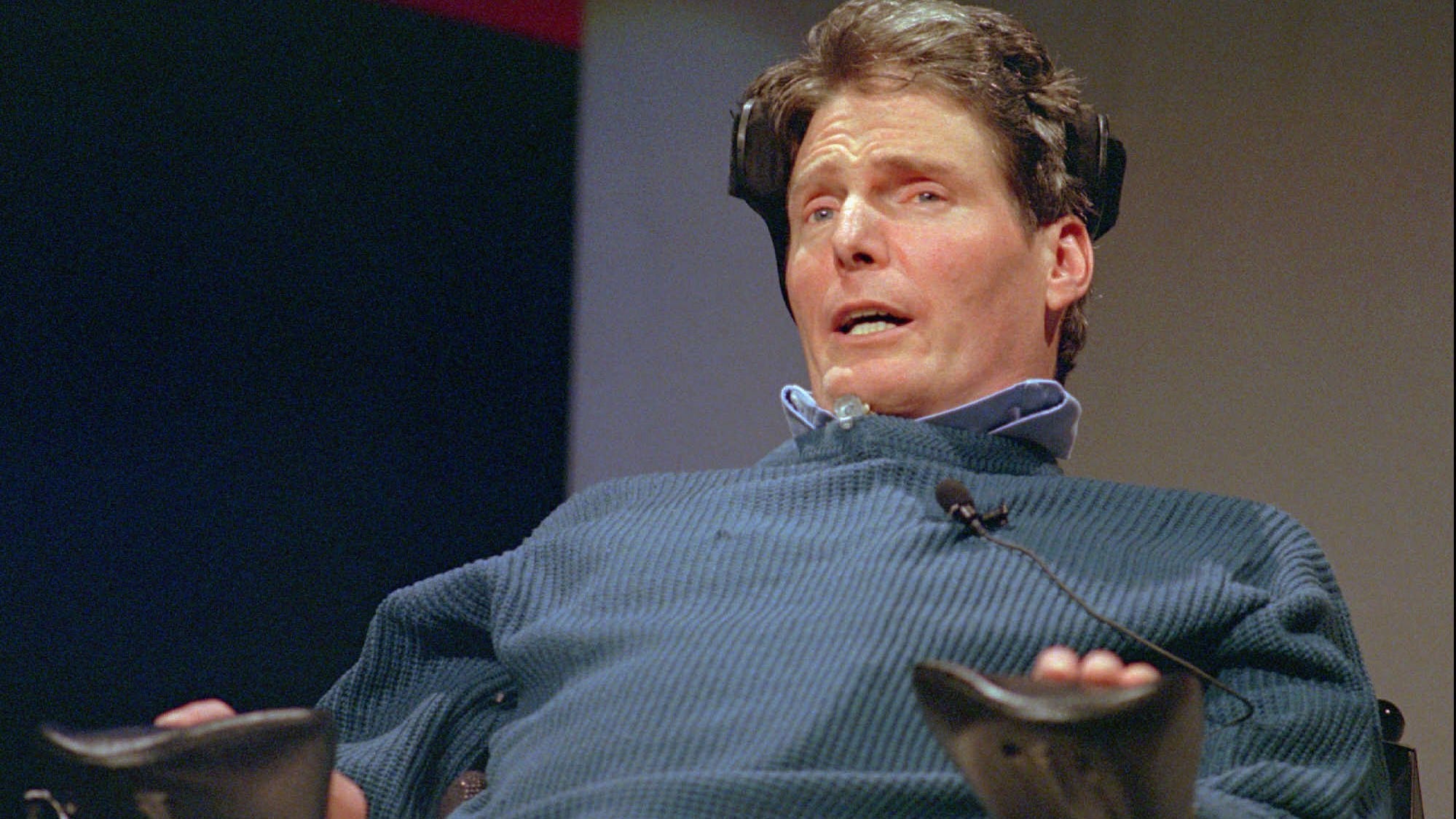 Christopher Reeve in a wheelchair while spreading awareness about health

How did Christopher Reeves die?

Christopher Reeve passed away on 10th October 2004. The reason behind his death was explained to be a consequence of cardiac arrest. His family was quite disheartened. Basically, it involved Dana, who is his wife, and three other children. Another person who was quite upset by such a terrible loss was Gae Exton. This model was involved earlier in a relationship with Reeve. Earlier in May 1995, Reeve had to go through a terrible accident while riding a horse. This accident has a serious injury in the cervical spine, as a result of which he got paralyzed.

Added to this, Reeve had to take continuous support of a respirator as well as he was bound to his wheelchair. Despite such a serious accident, Reeve had the dedication to be a part of numerous campaigns that took place for raising funds. Basically, these campaigns were for paraplegics and children who are handicapped. Added to this, Reeve even had to testify in front of the subcommittee of the Senate for the searching of the stem cells. Moreover, Reeve was so involved with this work that he went through an operation. Precisely, this was an experimental operation in the year 2003, hence allowing him to breathe without a respirator for hours. 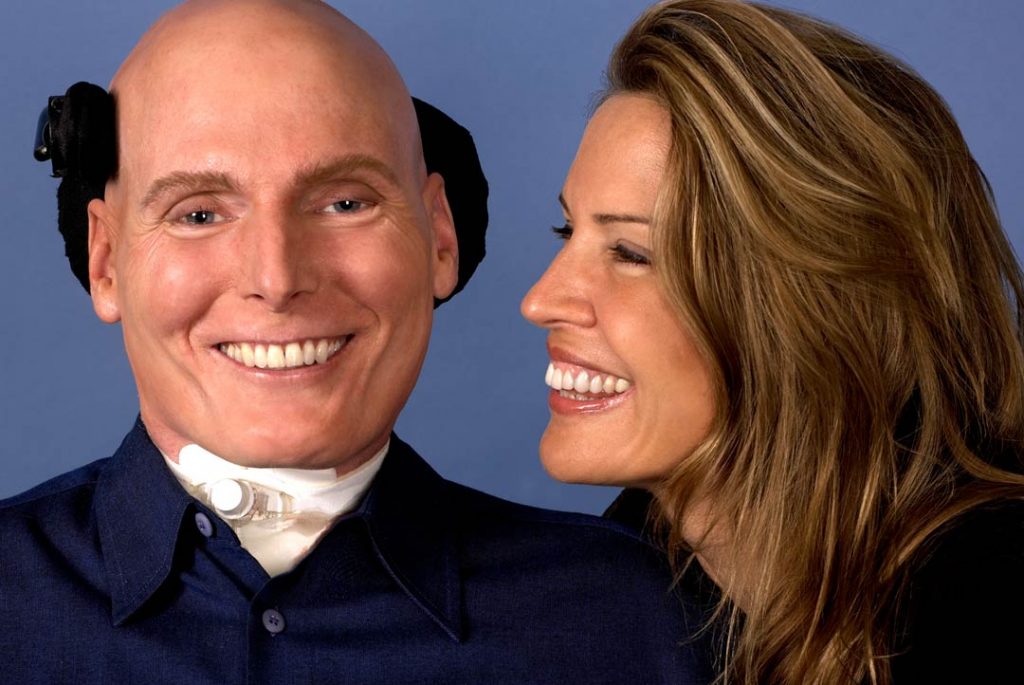 Christopher, along with his wife, Dana

Reeve led the foundation of the Christopher Reeve Paralysis Foundation in the year 1996. Later on, this Foundation got accompanied by the American Paralysis Association approximately around 1999. This resulted in gaining an advocate who was powerful enough to raise awareness. Added to this was the task to forge medical breakthroughs as well as the funding of spinal cord research. Most importantly, in 2007, this organization’s name was changed to the Christopher & Dana Reeve Foundation. Even after what all Reeve had gone through so far, he was quite a dedicated person. Basically, he made his way through the television production.

In the year 1998, he acted for the Rear Window, and this made him the nominee for the Golden Globe award. To spread awareness, Reeve took this to movies as well. He named as well as directed a lot of movies with the theme of health. This included In the Gloaming from 1997, The Brooke Ellison Story of the year 2004. Others were a few books on autobiography, such as Still Me of the year 1998, as well as Nothing is Impossible: Reflections on a New Life from the year 2002. So this article was all about how did Christopher Reeves die? His early career, personal life, as well as details about the accident he had to go through. Thank you!