Preview: How a Realist Hero Rebuilt the Kingdom Episode 4 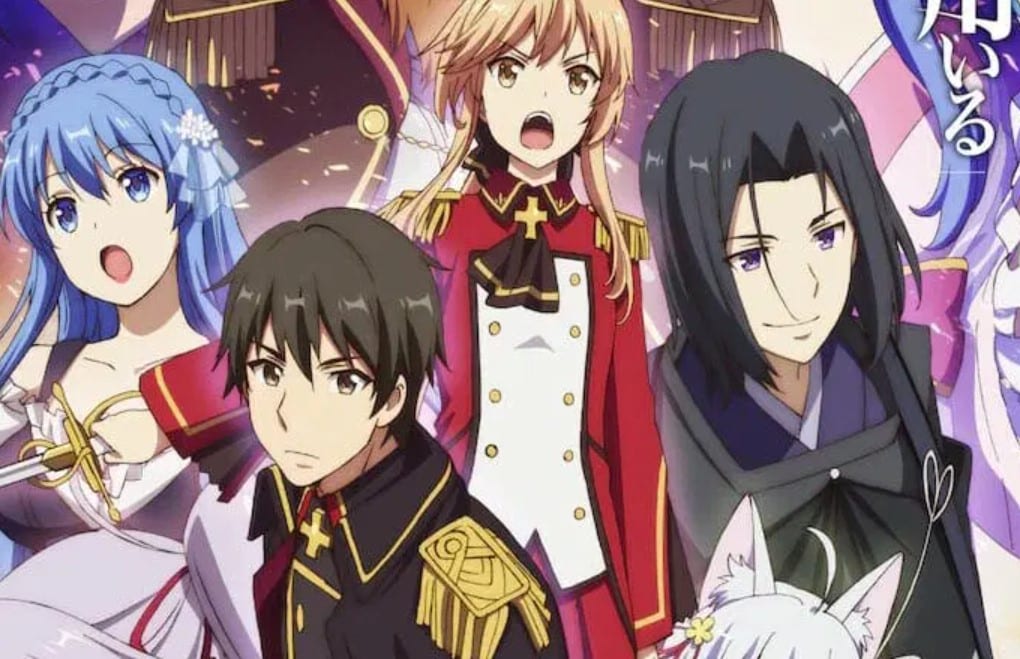 The boy who recently gets summoned to another world to become a hero continues with his work. Kazuya became the king of his new world in another kingdom. Let’s find how Kazuya will rule his kingdom in the latest episode of How a Realist Hero Rebuilt the Kingdom. Kazuya is glad to understand the language they speak in this country, but they can also understand the Japanese. Kazuya realizes that in this world, heroes received strange powers. In the morning, he met with Liscia on the farm.

Kazuya reminds Liscia that one day she will be in the position to lead this kingdom. Liscia wonders what Kazuya meant when he said he would leave this world, and she must get prepared to rule over the country. The episode title is ”Let Not Me Be a Loyal Minister.” The next day Liscia wakes up in her room and recalls what Kazuya has told her. She realizes that he said to her that she could call off the engagement, but Liscia thinks that Kazuya is the guy that the country needs. Liscia finds that Kazuya is from another world and wonders if he has a family on the other side.

Liscia is worried that Kazuya might have a girlfriend, but here she is engaged with him. But she got relieved the day he told her that he is single. The lady wonders what kind of world Kazuya comes from since he has no one or relatives. Liscia thinks she can keep Kazuya by making a family with him in this world. The maid knocks on the door and reminds the princess that it is time for her to wake up.

Previously on How a Realist Hero Rebuilt the Kingdom Episode 3

The maid enters the room and reminds Liscia that this is the day His Majesty is holding a function to honor those who are especially outstanding among those he recruited. The maid also told Liscia to hurry up since the event is about to begin. Liscia gets ready and wears her royal outfit. Meanwhile, the knights get ready for the event, wondering how they will get honored. The ceremony begins, and the warriors bow in front of the king.

Aisha didn’t bow her head when others do, and the knight told her to do what others are doing. Aisha replies the warriors of her tribe bow to no one but their master. One of the knights scolds Aisha for not obeying the rules, and Tomoe, Poncho, and Juna bow their heads. Kazuya told the warriors that he is okay even if they don’t bend and reminds them he is the one who asked them to help him with the kingdom.

The speaker announces and explains the warriors gathered by His Majesty. The higher-ups’ comment that they will present the five warriors with their awards and explain their talent. Aisha Udgar, a dark elf from the God-Protected Forest, gets called to step forward. Kazuya is impressed that he has a dark elf from his army, and he has read about their powers from another book. Dark elves rank as a minority race within the Elfrieden Kingdom and possess elevated skill in combat.

The elves live in the God-Protected Forest that got divinely guarded. Kazuya realizes that the elves don’t interact with other races and are highly clannish. The higher-ups explain Aisha’s powers and sais she has demonstrated remarkable talent in the fighting arts. Aisha told Kazuya that she doesn’t want a reward, but she requested since they have concerns in the God-Protected Forest. Aisha said trees are getting thin, and no young trees are growing, and she is asking for his wisdom.

Kazuya decided to help her after explaining why the trees are not growing. Meanwhile, Excel Walter gets a note from the messenger bird and gets excited that things are going well from the other side. Juna Doma steps forward, and they explain her clan and powers. Kazuya got charmed by her appearance, and Liscia signals Kazuya not to look at a girl’s chest. The speaker sais this woman is more beautiful and has a singing voice incomparable to any other. Tomoe was the last one to step up, and she talked with the king.

How a Realist Hero-Rebuilt the Kingdom Episode 4 Release Date

Steam Deck: When is it Coming?