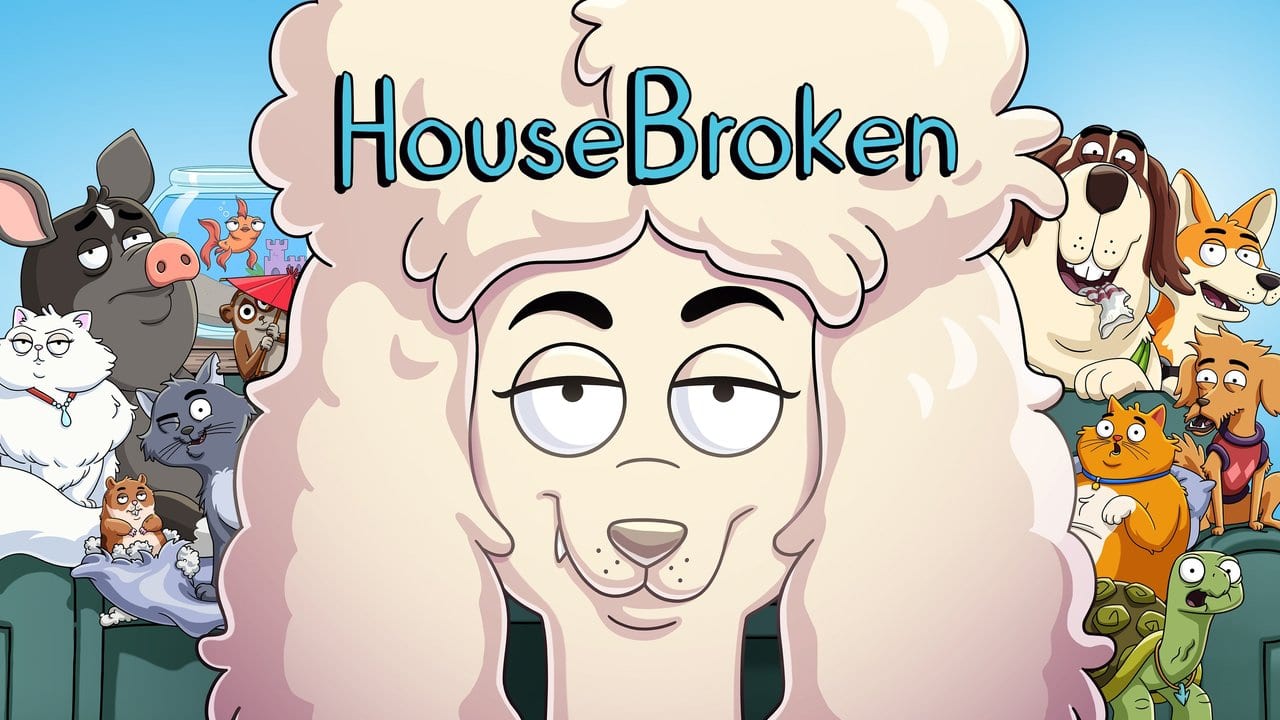 Created by Gabrielle Allan, Jennifer Crittenden, and Clea DuVall, “Housebroken” is an American adult animated sitcom series that recently started premiering on FOX Network. This animated series has proved to be more amazing than it was looking in the trailer that was released a few weeks back. All the viewers have gone completely crazy for it, after all, such an amazing animated series have returned after a long time. Although the number of episodes is not announced by creators, but it is expected that around 12-15 episodes will be released in this season.

Lisa Kudrow, Clea DuVall, Nat Faxon, Will Forte, Tony Hale, Sharon Horgan, Jason Mantzoukas, and Sam Richardson are some of the voice cast who have given their voices to the amazing characters of this series. All the characters of this series are so amazing that they are the biggest reason behind its success till now. Chris Encell has produced this series in association with Kapital Entertainment, Bento Box Entertainment, Merman, and AllenDen. As of now, it has got 4 amazing episodes released, and now it’s time for episode 5. Hence, here are all the details that you should know. 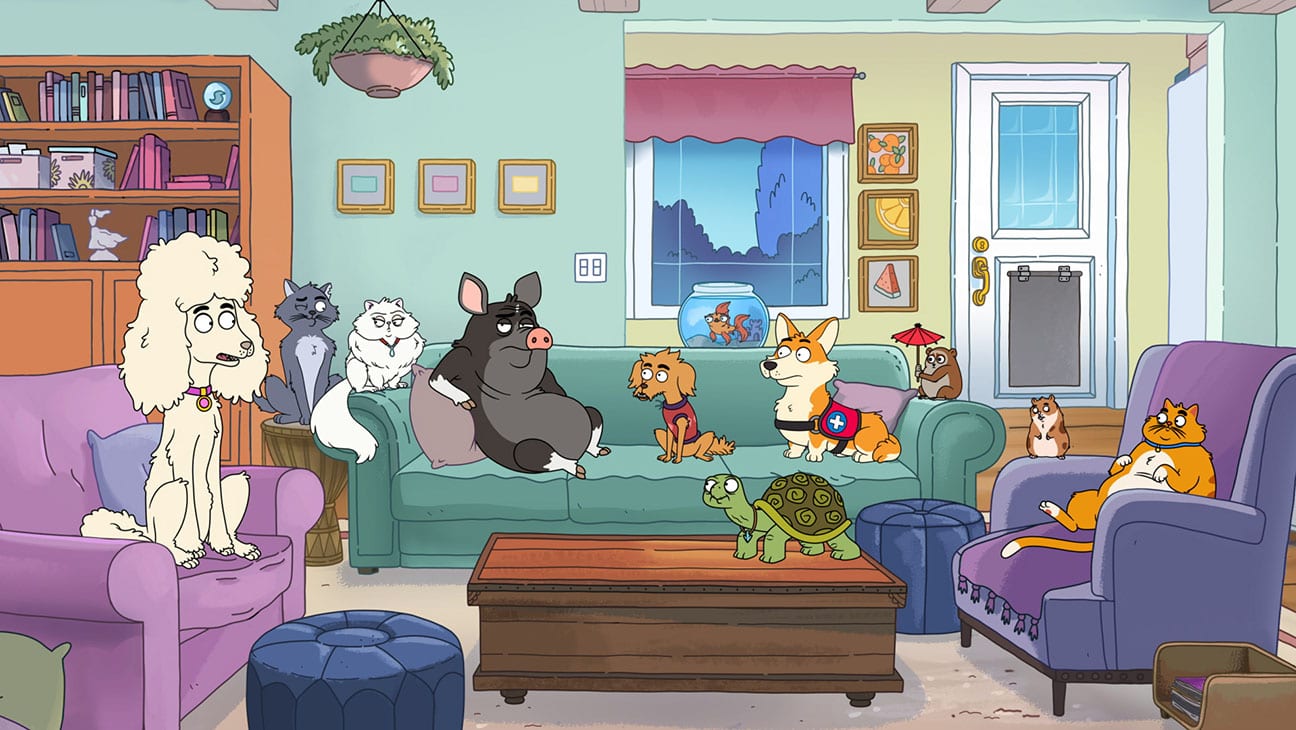 All The Main Characters Of Housebroken Series

Housebroken Season 1 Episode 5 will premiere on 28 June 2021 and is titled “Who’s Afraid of Boomsday?”. Gabrielle Allan and Jennifer Crittenden are the writers of this episode. This animated series has reached a completely different league. It is multiple times more amazing than it was looking in the trailer, which was released a few months back. There is no doubt in the fact that this animated series can become one of the best-animated series throughout the globe. It is doing really great globally and is getting a fabulous response from millions of viewers.

Till now, four episodes that have been released have won the hearts of the audience, and now it’s the turn of episode 5 to do the same. For all those who are having a cable cord connection at their houses, it will premiere on Fox Network. Those who are not having a cable cord connection do not need to worry about anything, as this series will also release on the official site of Fox Network. So, you all can enjoy it there also. It is also available on Amazon Prime Video, hence, it is a good option for streaming this episode.

Now, we have even got spoilers from this episode that will definitely increase your excitement for this new episode. Before sharing all the spoilers that we have gathered, we would like to mention that you can surely skip this part if you are not interested in the spoilers of this episode. In this episode, you will witness that on the 4th of July, Honey will lose herself in an amazing game of frisbee with a new best friend. Meanwhile, the Chief will go missing. Also, Elsa will lose her confidence after see will discover that her vest is phony. 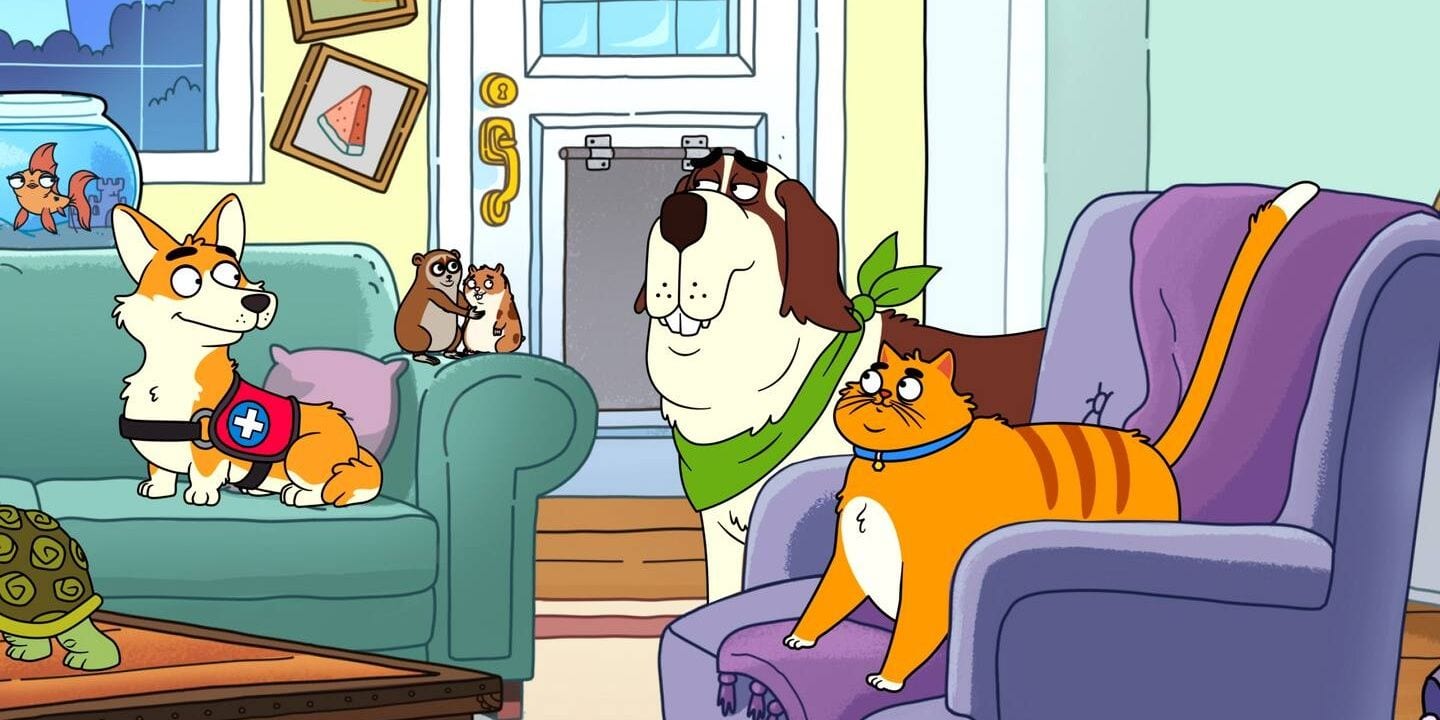 A Still From Housebroken Season 1

This episode was titled “Who’s a Good Therapist?” and it released on June 21, 2021. Jackson Turcotte was the director, and Ali Waller was the writer of this episode. This episode was really stunning as it marked some exciting events taking place in it. In this episode, Honey and Chief had boarded will Jill went on a vacation. Diablo had to also go there as a punishment for biting his owner’s baby in the second episode. While there, Honey became extremely jealous of a looking like perfect couple present there. That couple has been inseparable since birth.

It shears her own relationship with Chef. Meanwhile, Elsa took over the group in the absence of Honey and started dealing with the other problems. Chico’s stomach cramps come out as a result of pregnancy, which he failed to notice. The grey got a new girlfriend for himself. Tabitha then ran away from her home after she started feeling ignorant by her owners. These were the crazy events that took place in the last episode, making it extremely entertaining. As of now, we have shared all the major details about the upcoming episode of this series. For more updates like these, just stay tuned to Otakukart.