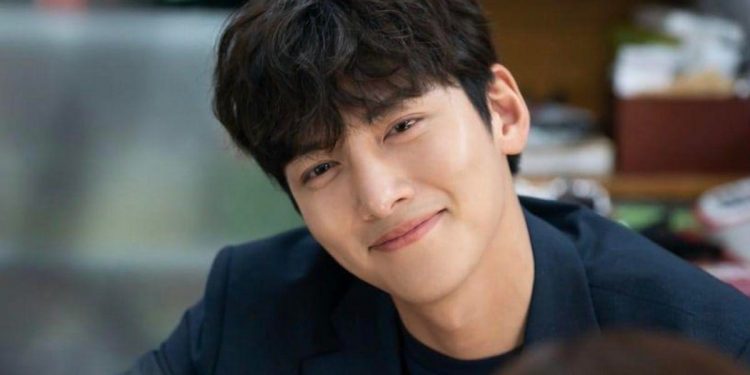 House on Wheels 3 Episode 12 is coming out soon with a new guest. And after spending the eventful night with the cast and director of the infamous ‘Reply 1988’, it was time for House on Wheels to move to the new front yard. Driving without Dong Il, Hee Won and Gong Myung drove talking about their new guest for the night. Currently starring in ‘Snowdrop’, Jung Hae In was the guest for the night. Thinking about lunch already, since Dong Il wasn’t in with them, both actors have no idea what they’re going to do. Reaching their destination in Yeongju. Surrounded by pine trees and the crocks filled with fermented sauces and hanoks.

Reaching the yard, Gong Myung and Hee Won went on to set the house up as Jung Hae In arrived with his small bag. Talking to Hee Won, Hae In went on to set the tent and chairs up. And took a look around the house, getting fascinated by everything. The absence of Dong Il was already making an impact as the actors had trouble cooking enough rice for everyone. But finally putting the rice in and sitting down for some coffee, the actors took in the view in front of them.

What Happened In Episode 11 of House Of Wheels 3?

Sitting down to think about their lunch, the actors decide to cook some kimchi stew. Hoping to make it the same as Dong Il made the last summer, Hee Won began working. But even setting up the stove with perfect heat seemed like a big task. After the stove, finding the right pot and the ingredients became a hard thing to do. Soon Hae In and Gong Myung took control of preparing the food while Hee Won followed their orders. As the lunch was cooking, Dong Il was on his way to the front yard. Hae In took the lead and went on to cook Kimchi Jeon but he accidentally burnt the food in fear. And as Dong Il neared his destination, the actors started working fast, not wanting to disappoint his senior.

Also Read: Lee Heon and EunHo Grow Closer In ‘Tinted With You Episode 5’

Finally arriving at the house, Dong Il got some famous custard for everyone. Looking at the food his friends had cooked, Dong Il was so touched. Adding a few seasonings in the stew, the lunch was all ready to eat. After getting done with their lunch and dessert, Hae In gave them the gifts he got for them. After getting done with their coffee and talks, the actors went on to see the crocks sitting in front of them. Meeting the owner, they even got to taste some of the sauces. Taking a tour, they saw and tasted different soy sauces that were fermented for years. Getting some Gochujang for dinner, the actors made their way back home. Trying some ‘hangwa’ on their way, the actors also went to pick some strawberries.

After picking the strawberries, the actors walked back home with all the tasty stuff they got. Planning to make Doenjang stew for dinner, Hae In took the dinner duty. While Dong Il went on to work with meat. Finally making the dinner, the actors were quick to devour all the food that they made. Enjoying ‘hangwa’ in the sweet dish after dinner, the actors talked and joked about future plans. The same old jokes about Gong Myung’s upcoming enlistment came up again.

‘House on Wheels 3’ Episode 12 Release Date and Where To Watch?

‘House on Wheels 3’ Episode 12 will release on January 6, 2022. After a magical fire show, Jung Hae In went on to stay the night of the show. And with the new episode, Dong Il, Hee Won, and Gong Myung await a new guest. And to grace the house on wheels, ‘Love Struck In The City’ fame Ji Chang Wook is coming over this Thursday. Ji Chang Wook is an expert camper and is good at building fire. Can drive a car and cook amazing food. Joining the actors on their bon voyage, Chang Wook will be letting the clumsy side out again.

‘House on Wheels 3’ episode 12 will be available to watch on channel tvN.

Also Read: Carrie Starts Anew In ‘And Just Like That’ Episode 6

Are Minka Kelly and Trevor Noah Still Dating in 2022?