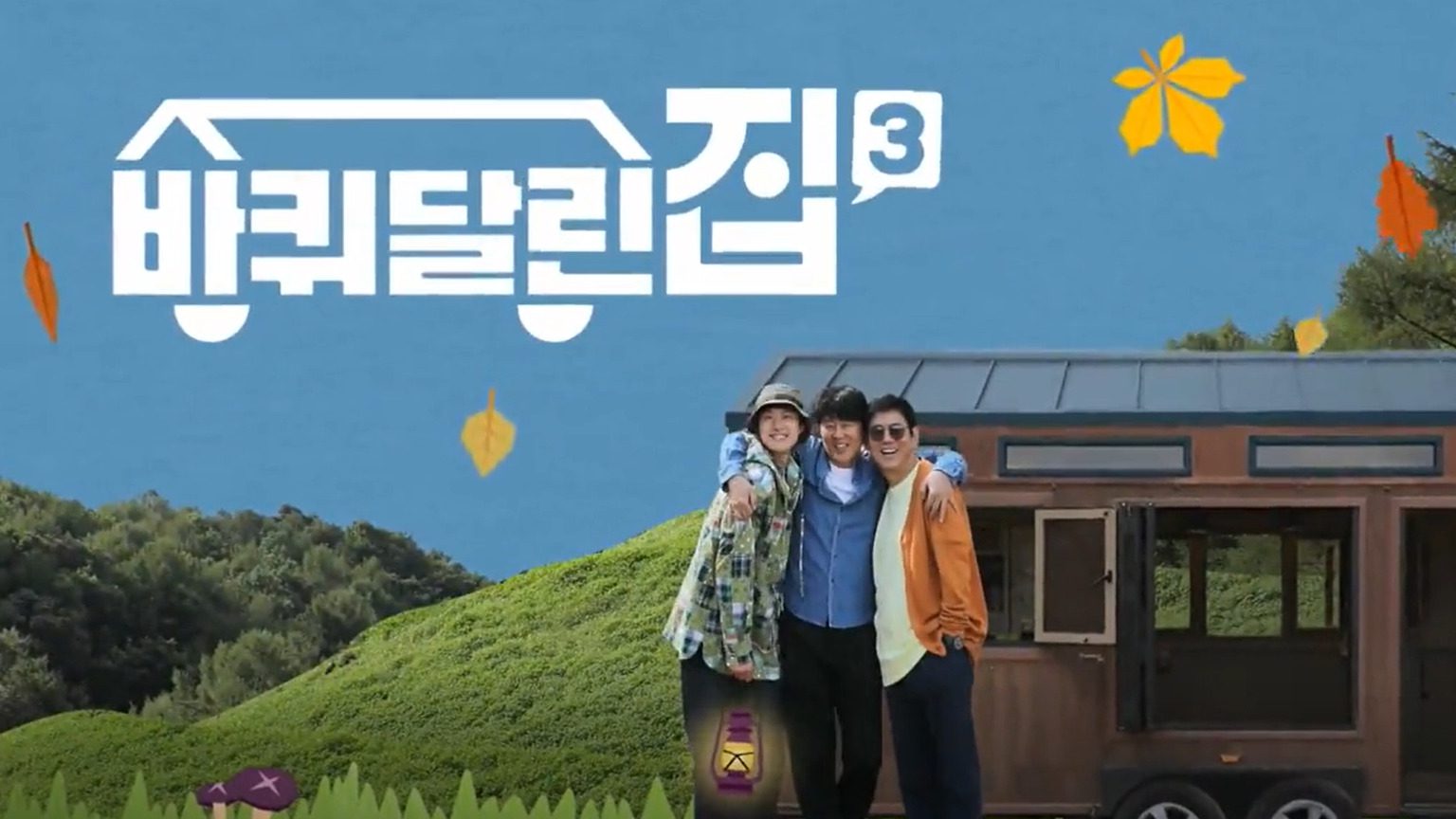 Not done with the fun yet, Chun Woo Hee and Hyun Chul will continue their trip in ‘House of Wheels’ 3 Episode 7. Joining Dong Il, Gong Myung, and Hee Won in the previous episode, Woo Hee and Hyun Chul witnessed some amazing views and made some delicious food. With the House on Wheels moving behind them, the actor trio drove 350km to the southern region to Boeseong to pick Woo Hee. Arriving in Boeseong and surrounded by huge green fields of different crops. The three talked about random things while driving on the coastal road of Boeseong.

Reaching the train station located in the middle of the residential area, Gong Myung spotted Chun Woo Hee. Seeing Dong Il and Hee-Won coming out of the car, Woo Hee got excited as she met the senior actors she had worked with before after a long time. The four took a stroll around the station and got back into the car, driving to the front yard. Driving through the hills, they reached the top, taking in the gorgeous view in front of them. Taking out the stuff, Hee-Won and Dong-Il set the picnic blanket up while Woo Hee and Gong Myung took out the food. Sitting together, they enjoyed their lunch and got ready to drive to their camping site.

Arriving At The Front Lawn

Gong Myung and Woo Hee sat in the back joking around with each other as she told them that her friend will join them on the camping site too. Arriving at the front yard, they parked their house on wheels in the middle of the mountains, forests, and autumn flowers. The men got out to set the house and other things while Woo Hee asked them to teach the setup. As Woo Hee helped Dong-Il set the trap up, Gong Myung prepared the snacks for them in the kitchen. After having snacks and tea, Dong-Il told them he would be making something with green tea but still isn’t sure about the snacks. Going inside, Hee-Won and  Dong-Il started preparing the rice. While Woo Hee helped him with soaking the fishes and clams.

Also Read: The Secrets She Keeps Ending Explained: What Is Agatha Really Wanted?

After some more snacks, the four went for the monorail. Finally reaching the monorail entrance, they all got in, ready for some adventure. Ridding the rail in the middle of the forest and being able to experience the nature around them slowly. After getting off the rail, they went on to pick some mushrooms up. On their way back to the front lawn, Woo Hee spotted her friend, writer, and actor Hyun Chul waiting for them at the house. Nervous at first, Hyun Chul slowly started to warm in. Bringing rice cakes for them, they all sat to have some snacks again. As the time for dinner arrived, Dong-Il went back to the kitchen to cook his special dish. While everybody else helped him in the cooking and setting the table, Woo Hee took over the seasoning duty.

The House of Wheels 3 Episode 7 will release on December 2, 2021. After a tiring evening and a chaotic yet calming dinner preparation. By night, the actors had some delicious home-cooked meal in front of them. After getting done with the dinner, the actors sat around the heater talking while Hyun Chul told them about his directing experience. As both Hyun Chul and Woo Hee will be staying another whole day, the fan for them has just started. From the looks of the preview, the actors will be going on a morning walk for the first time in the season. As they don’t seem to be able to control themselves with the forest filled with pomegranate trees just behind them. Arriving at the new location, the actors will drive to the front of the ocean, making the huge sea their front lawn.

House on Wheels 3 Episode 7 will be available to watch on streaming services like TvN and Viu. In specific countries, viewers can also rent the show on Amazon Prime.

Also Read: The Ending of Ad Astra Explained: Why Did Roy’s Dad Chose to Die?