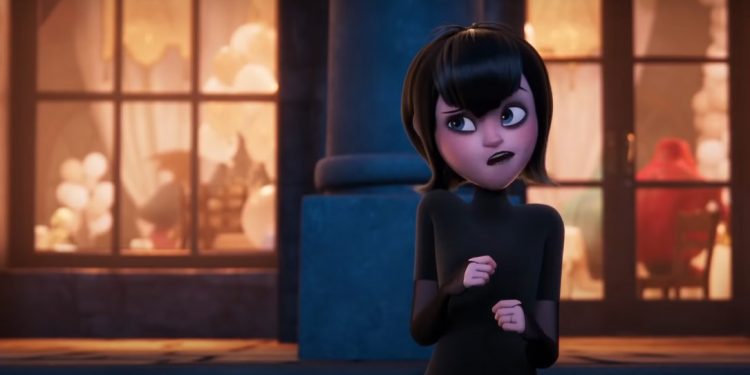 When is the Hotel Transylvania 4 release date? Will the movie ever come out? It feels like forever since we heard delay after delay. Truth be told, the movie was initially slated to come out in April 2020, and then got pushed back to July, and then to August, and then to October. What a drag! And all thanks to COVID-19 and its relentless waves. Also, Hotel Transylvania 4 marks the final film of the series.

And while there are a couple of cast changes, the essence of the movie remains the same. Although hardcore fans will miss Adam Sandler and Kevin James, they are replaced by Brian Hull and Brad Abrell. Still, directors Derek Drymon and Jennifer Kluska managed to take Genny Tartakovsky’s screenplay and turn it into a reality. Now, without any further ado, let’s begin taking a look at this upcoming film here at Otakukart.

Hotel Transylvania 4 will release on January 14, 2022, on Amazon Prime Video. Firstly, Sony Pictures Animation moved this production quite a bit. Back in August, Sony told the public that Hotel Transylvania wouldn’t get a theatrical release and instead was going straight to the Jeff Bezos-owned streaming service. Additionally, contrary to popular culture, this high-profile movie getting this treatment isn’t a failure. Instead, it’s a consequence of the pandemic. And it seems that family-oriented movies do better in this format than in cinemas.

While Genndy Tartakovsky directed the first three movies, (and you may remember his name for he created Cartoon Network’s “Dexter’s Laboratory”) for the final installment of this series, the production company chose Derek Drymon to lead the director’s role. Additionally, Drymon is a talented veteran of the animation world, as he worked in Nickelodeon’s “Rocko’s Modern Life” as a storyboard artist and assistant director and moved on to other series like “Hey Arnold!” and “Rugrats”

When Van Helsing’s mysterious invention, the “Monsterfication Ray,” malfunctions, Drac and his monster pals are all turned into human people, and Johnny turns into a monstrosity! In their new mismatched bodies, Drac, who has lost his powers, and an exuberant Johnny, who is enjoying life as a monster, must team up and race around the world to find the cure before it becomes too late, before they start driving each other absolutely nuts. The pressure is on to find some way to switch themselves back before their alterations become permanent, with the help of Mavis and the hilariously human Drac Pack.

Where to Watch Hotel Transylvania 4?

If you want to watch Hotel Transylvania 4, then go to Amazon Prime Video. This will be the only place where the picture will be distributed. Luckily, Amazon Prime Video is a globally available platform at very affordable prices. Not only a basic subscription will allow you access to Hotel Transylvania 4, but to the entire vast, and ever-expanding catalog, ad-free and on-demand from any device.

Brian Hull (from Rescue Dogs) will voice Count Dracula, the head founder of Hotel Transylvania and Mavis’ dad. Also, this will be Brian’s debut as Count Drac, since Adam Sandler won’t voice him for this installment. Secondly, Andy Samberg (from That’s My Boy) will voice Jonathan Loughran, Mavis’ husband, and Drac’s son-in-law. Thirdly, Selena Gómez (from Only Murders in the Building) voices Mavis Dracula, she’s Johnathan’s wife and Dennis’ mom. Fourthly, Asher Blinkoff (he voiced Piglet in “Sing 2”) voices Dennis.