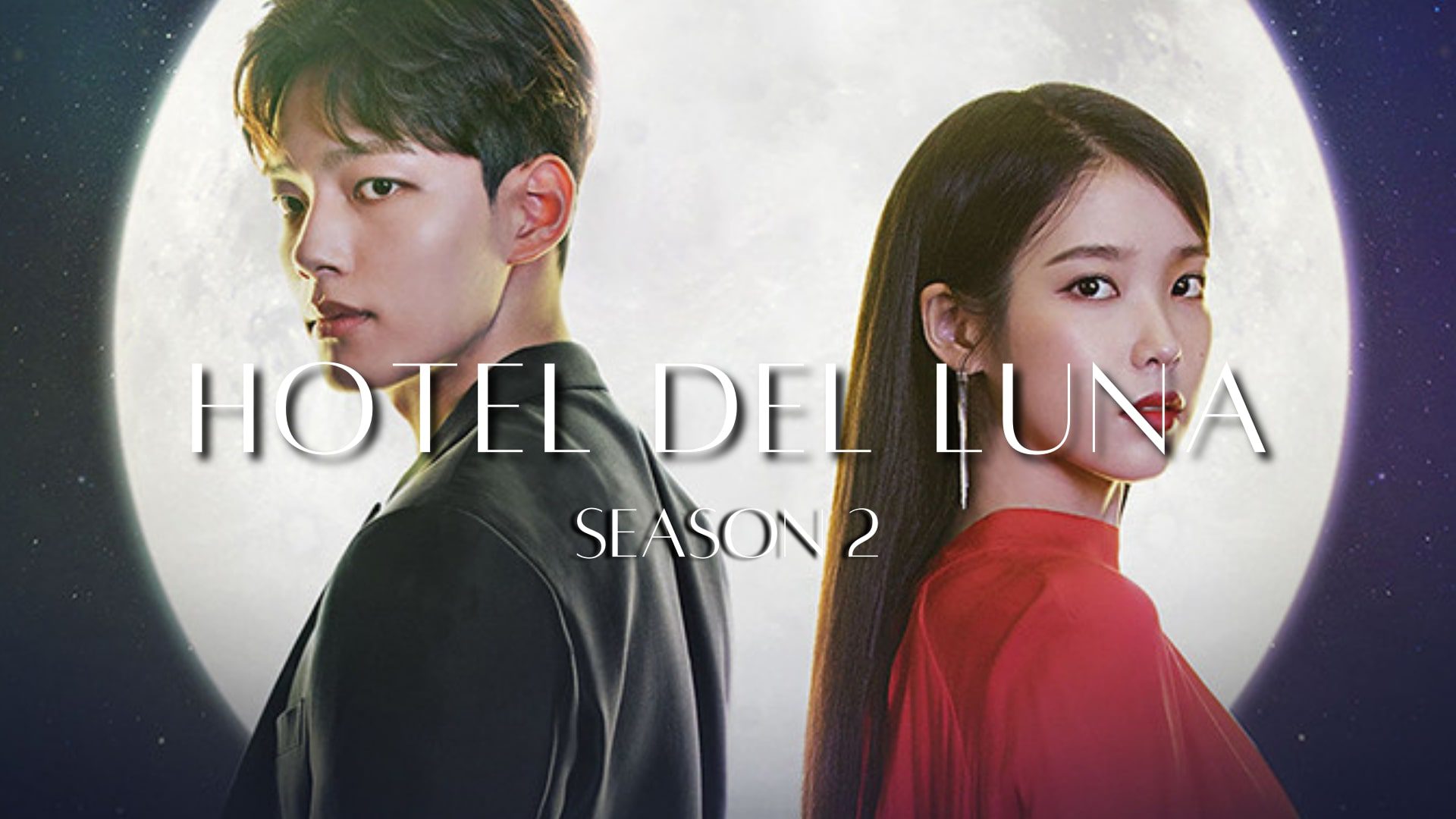 Even after its conclusion, many fans are looking forward to Hotel Del Luna Season 2. It has been more than two years since the drama ended. However, it has made a soft spot in viewers’ hearts. Lee Ji Eun (IU) and Yeo Jin Goo have delivered exceptional performances by showcasing stunning chemistry on the screen. Hotel Del Luna tells the story of a thousand-year-old spirit and a human as their fates entangle while the past chases after them with an unknown future waiting on the door. It is a perfect combination of romance, comedy, and dark fantasy. With a well-structured, unique storyline and excellent cast, Hotel Del Luna has captured millions of hearts!

The fantasy-romance Hotel Del Luna is a South Korean drama written by Hong Sisters and directed by Oh Choong Hwan starring Lee Ji Eun (IU) and Yeo Jin Goo. It was released in 2019 on the tvN channel with 16 episodes and is known as one of the highest-rated kdramas in cable television history. It is all because of the beautiful yet heart-wrenching storyline and a remarkable performance by the cast. Not to mention, it is another masterpiece of Hong Sisters. They are best known for penning fantasy rom-coms, such as My Girlfriend Is A Gumiho, Master’s Sun, Hwayugi, etc. Thus, fans are eagerly waiting for this masterpiece’s season two even though two years have passed!

Will Hotel Del Luna Have Season 2?

Many fans are questioning when we will have Season 2 of Hotel Del Luna. After all, it has been more than two years since the kdrama concluded. However, its ambiguous ending has left many rooms for the next season. Hotel Del Luna ends with an open ending and introducing the new owner of the Guest House of the Moon. The closing reveals all the main cast living happily. Also, it shows a scene of Man Weol and Chan Seong embracing each other. It confuses viewers as the previous scene explains that Man Weol has walked down the afterlife bridge. It means the scene the two embracing is from the future time. In addition, we also see Chun Seong read a book titled ‘Existence and Time.’ Even the ending line indicates if they ever meet across any timeline, they will embrace each other. 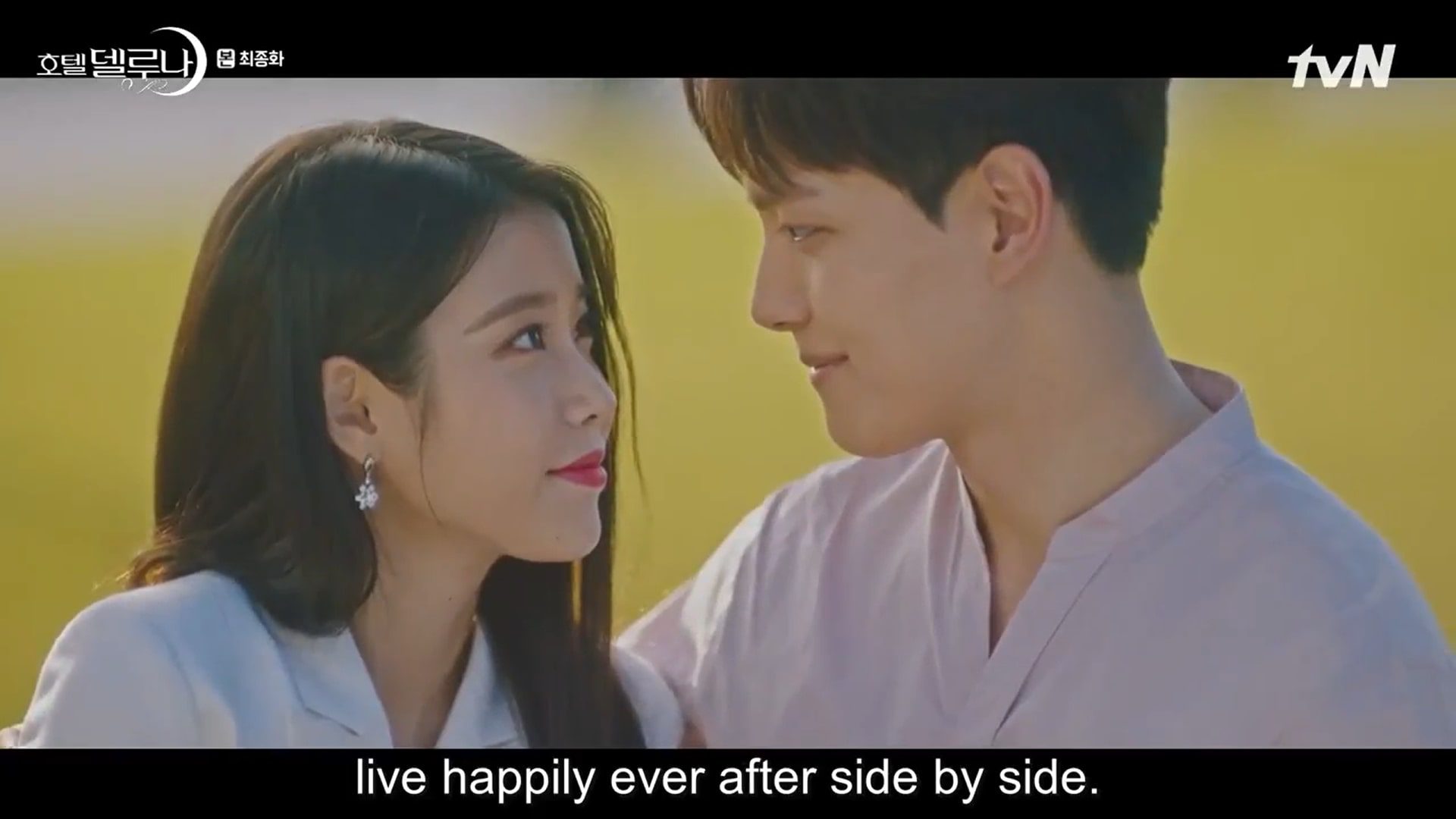 It ambiguously tells Man Weol, and Chun Seong has a happy ending. It is up to viewers how they see the end and when we think that this is all, Hotel Del Luna introduces the new owner. Kim Soo Hyun makes a special appearance as the next owner of the Guest House of the Moon, which is now named Hotel Blue Moon. With the introduction of Hotel Blue Moon, viewers dance in delight, expecting Hotel Del Luna Season 2. Indeed there is enough scope for season 2. Therefore the upcoming season can either be the continuation of the previous one or a completely new storyline with the new cast.

Unfortunately, no official announcement has been made regarding the release date of Hotel Blue Moon or Season 2 of it. It has been two years, but no statement has been passed. Many fans are expecting to receive some updates. However, Studio Dragon has not made any comments. Besides Hotel Del Luna Season 2, fans are also curious about its remake. The news of its remake was out way back. Studio Dragon is talking with SkyDance Media about its American remake. However, nothing is official yet. There are not any updates about the remake case. Hopefully, we will hear some news about season 2 or at least about the American remake of Hotel Del Luna.

Will It Be Available On Netflix?

Since the news of Season 2 is not out yet, it is too early to comment about its availability on Netflix. However, Hotel Del Luna season one premiered on 2 September 2021 on Netflix. Finally, Netflix has brought it this year. Seeing Hotel Del Luna’s rising popularity even after its completion, there are high chances that Netflix will premier its Season 2 as well. Like Season One, Season Two will be a full blast of fantasy, comedy, and sweet bubbling romance. There is no loss in it for Netflix. More updates will be provided if Studio Dragon announces any news of Hotel Del Luna Season Two or Hotel Blue Moon’s release date.

As for Hotel Del Luna’s first season, it is already available on Netflix since September 2021. This has given global reach to the drama. Thus, many viewers who watched it now are wondering about the next season or sequel of it. As for now, there are no updates on whether Hotel Del Luna Season 2 will be available on Netflix. While waiting, viewers can re-watch Season One on Netflix. All you need is a Netflix subscription plan, and then you are all set to enjoy it! 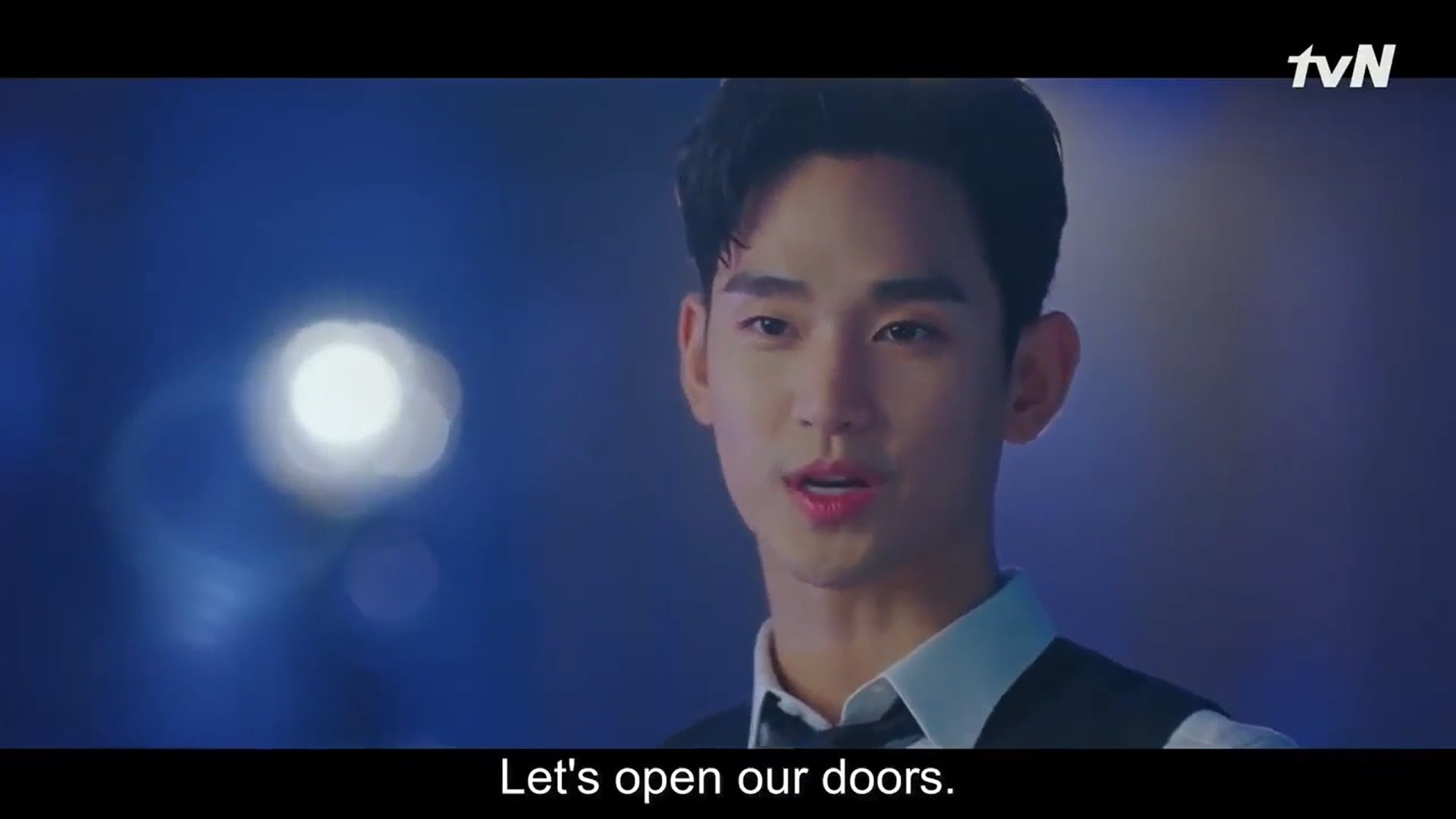 What Will Be The Plot Of Season Two?

The second season of Hotel Del Luna will be either the continuation of the previous one or introduce a new storyline. However, the continuation seems quite tricky because the ending scene shows Man Weol and Chun Seong hugging each other. It is not revealed how Man Weol returns. But the ending indicates it as an open ending, showing the two will meet in the future where they all, including the other staff members, will have their happy endings.

Thus, Season 2 introducing a new story has a higher chance. It will show the Guest House of the Moon’s new owner, who will welcome spirits and listen to their stories, escorting them to the afterlife bridge. Also, the owner will have their own tale to tell. It will be exciting to know what will bring Season 2 for viewers.

Since no updates are out about Hotel Del Luna second season cast, we can only make predictions. If we analyze the ending of Season 1, it easily reveals the answer. The upcoming season will present Kim Soo Hyun as the new owner of the Guest House of the Moon. Like the previous season, Kim Soo Hyun will welcome spirit guests with his own new staff. It is hard to predict the whole staff. Besides, there is a chance we may even see the previous cast members such as Lee Ji Eun (IU), Yeo Jin Goo, or Man Weol’s team Shin Jung Geun, Bae Hae Sun, Pyo Ji Hoon, etc.

Season 2 can also welcome an older version of Kang Mi Na since we did not see her at Hotel Del Luna’s ending part. All we know is she goes abroad to continue her study with the pocket watch Ji Hyun Joong gave her. Season two can show her side of the story. It will be interesting to know whether she has moved on or not. Apart from these cast members, we will see many new faces appearing in the second season. There will be many special appearances since the Guest House of the Moon greets spirits before they bid the last goodbye to the world. 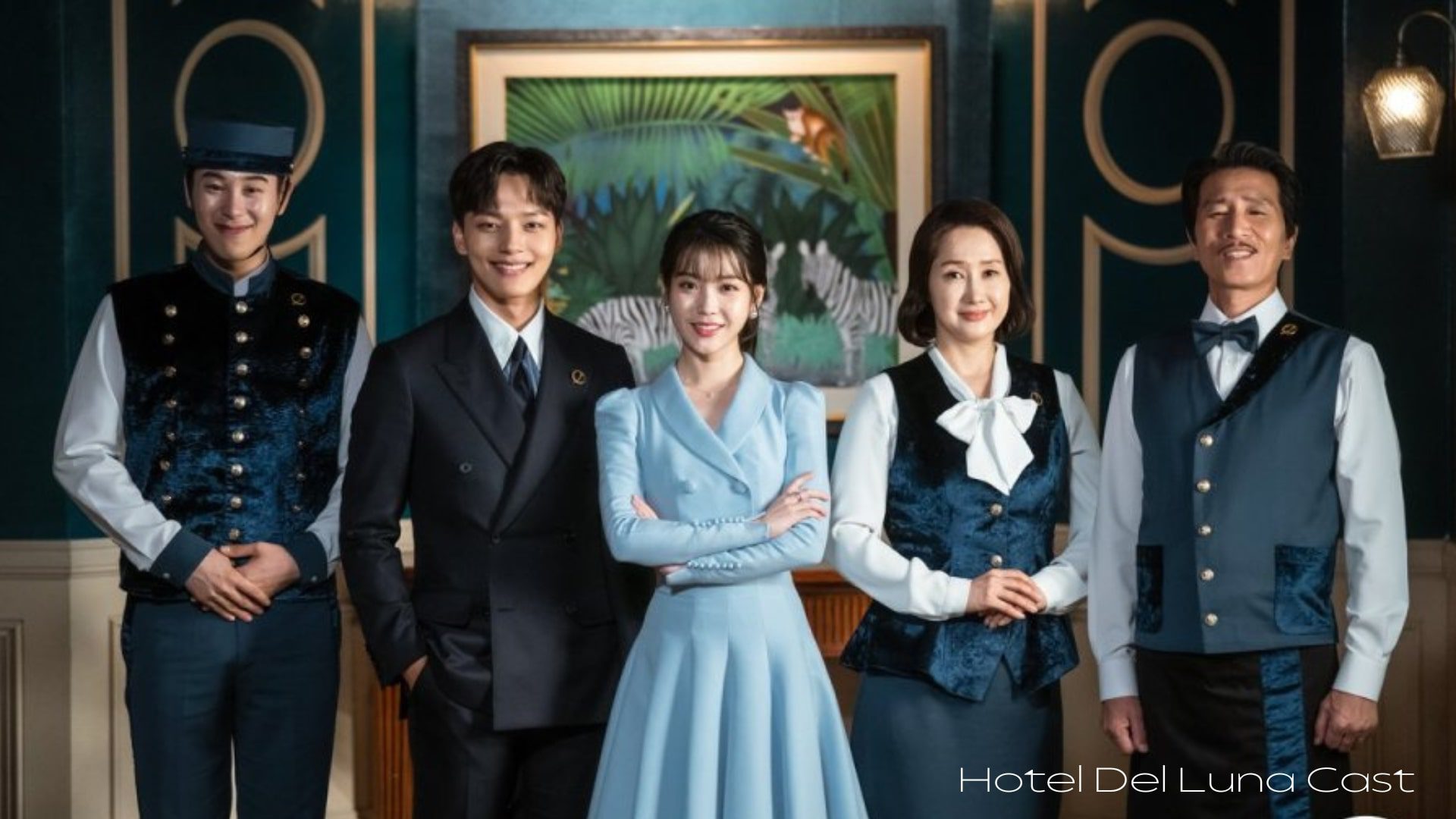 Sadly, Hotel Del Luna Season 2 trailer is not out. As we mentioned, there has been no official statement done about the second season or the release of Hotel Blue Moon yet. Thus, no trailer for now. Hopefully, this year, the production house Studio Dragon will announce some updates about its renewal. While waiting for Season two, you can watch Hotel Del Luna kdrama with English Subtitles on Netflix, WeTV, Apple TV, and Viki. You will have to select a subscription plan as per your choice for Netflix and Apple TV streaming. Viki and WeTV provide free streaming without any subscription plan for viewers. You can even download the mobile applications of Viki and WeTV for better and easy access. Therefore, re-watch the beautiful sweet-bitter love story of Man Weol and Chun Seong while waiting for Hotel Del Luna Season 2.