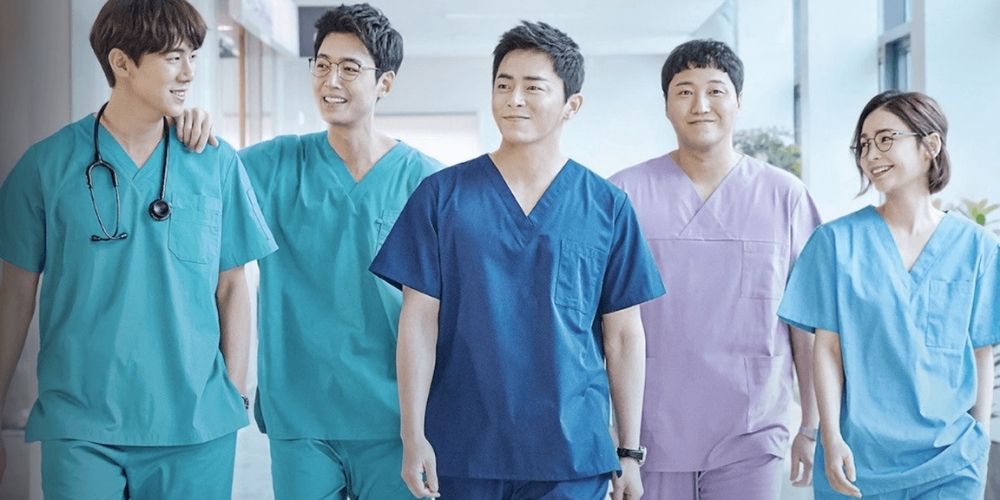 The genre will be basically around Friendship, Comedy, Romance, Life, Drama, and Medical. The drama will also be available to watch on other online platforms. About Viki and Viu there is no such surety of availability of the drama. It would be cleared once the drama gets on the air. Being a Netflix original it is skeptical if they release on any of these two platforms.

The drama probably will have some high rating in my opinion. The first season has rule the OTT platform which is much expected from the second season as well. The plot seems to be typical and simple the main plot is based on five doctors who have known each other and been friends since they got admitted to medical school back in 1999. The drama is going to have a total of 12 episodes.

The drama is short and crispy. The duration of the episodes is still not confirmed this can be clear once release on TVN and Netflix. You can keep your hopes a bit high from the drama as the trailer seems to be pleasing. Overall the in-depth review will be shared once the drama gets a green signal and release on air.

The drama Hospital Playlist Season 2 is starring Jo Jung Suk as Lee Ik Jun, Yoo Yeon Seok as Ahn Jeong Won, Jung Kyung Ho as Kim Jun Wan, Kim Dae Myung as Yang Suk Hyung, and Jeon Mi Do as Chae Song Hwa. The drama revolves around the friendship of these five people. They are best friends from the beginning of the medical year. They are the main lead of the drama as they are the essentials and add the essence of drama.

The other important supportive cast of the drama is Shin Hyun Bin as Jang Gyeo Wool, Ahn Eun Jin as Chu Min Ha, Kim Jun as Lee Woo Ju [Ik Jun’s son], and Kim Hye In as Myung Eun Won. There are many other add in the star cast. The list is not revealed yet who are onboard but the main lead and the main supporting real will remain the same. Hoping for a better outcome with plot and acting by the lead, supportive, and guest cast. The whole list will be revealed once the drama gets online. 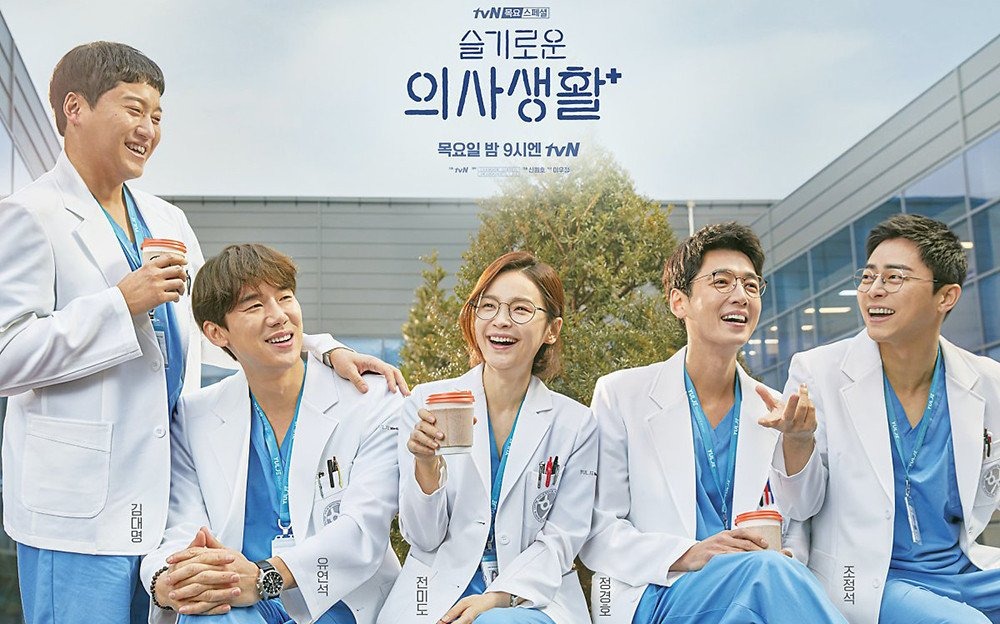 Read More- It’s Okay To Not Be Okay Episode Guide

The story of the drama Hospital Playlist Season 2 revolves around the life of doctors and Nurses that working in Yulje Medical Center. The story is base on five doctor’s life. They all have been together for around the beginning of their college life. The time is around 1999 and till now they are best friends to each other. The last season revolves around the feelings of Ik Jun who is finally ready and motivated to propose Song Hwa. He has some feelings for her longest time now and he is about to express them.

He asks her to spend some time with him even before answering any of the questions. Seok Hyeong is expected to be seen in a happy mood in the future. He finally decides to stay at the hospital. Also,, he decides not to talk about his late father with the company. In the next season, you can expect him to answer all the questions that are left in the previous Season. The next season will some fantastic story. It will not only continue the last season but will also continue with a fresh plot.

The most awaited smash-hit K-Drama which is a sensation on Netflix Hospital Playlist Season 2 has waited patiently by the fans. The new season is going to get on the air in April which is most probably confirmed. The season can be followed soon on TVN and Netflix. A binge-watch-worth series is going to get released. Here we can now finally tell that Hospital Playlist is reported to return for broadcast in April 2021.

The series Hospital Playlist is a licensed Netflix Original South Korean drama series directed by Shin Won Ho and written by screenwriter Lee Woo Jung. After the release of the first season of twelve excellent episodes, it has fast become one of the highest-rated cable dramas in the nation’s history. People are happy to learn that the director Shin Won Ho will be returning for the second season.

The success rate of the director in the past ten years has been nothing but short of phenomenal, the fact he’s directed some of the most popular K-Drama series of the past decade. The best fact about the drama is the renewal for the second season of Hospital Playlist wasn’t the decision of Netflix, but of its broadcaster TVN. The series has been very well received best one not to mention the series has received incredible ratings in its home nation of South Korea. The final episode of Hospital Playlist became the series highest rated. 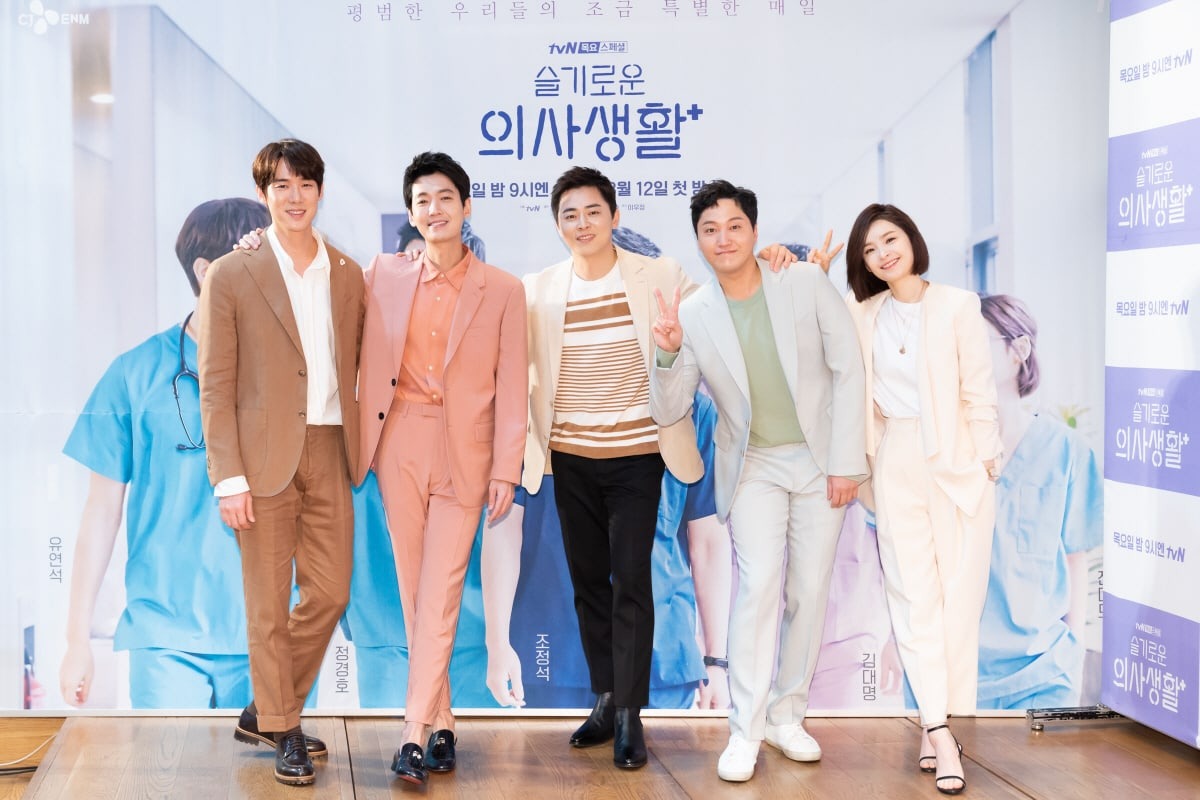 What to expect from Hospital Playlist Season 2

The first season ended on some confusing notes. The biggest question is about the Ik Jun Confession Resolved still weighing on the minds of fans. The question is whether or not Lee Ik Jun and Chae Song Hwa will finally become a couple. It is seen in the finale of the Hospital Playlist that Ik Jun finally brought up the courage to confess his feeling for Song Hwa. This turns out to make the doctor incredibly flustered with her former colleague. After this, before Song Hwa can make a decision Ik Jun tells her she can take her time with her decision. After this, he just leaves to go to a conference in Spain.

The other thing to explore is Seok-Hyeong’s future. He is the one who after making the decision to stay at the hospital rather than taking over his late father’s company. Seok-Hyeong has a happy outlook on the future which is quite expected. This may get about to change as the closing moments of the season saw Seok-Hyeong receive a phone call from his ex-wife who is Yoon Si-Hye. After the death of his father, she is looking to get the money that she may be entitled to from the divorce. She is looking to reconnect with her former husband or it’s just the money. Seeing the look on Seok-Hyeong’s face he isn’t happy to see her call.

There can be Long-Distance Relationship Troubles can be seen. Kim Jun Wan and Lee Ik Soon have a hit bump in the road of their relationship. After being traveling to London to complete her doctorate abroad, she has rejected Jun Wan’s Christmas present. It is returned to him back. It can be easily seen that she is upset with Jun Wan after he forgot about her departure time. Also, there is a matter of Jun Wan confessing to his childhood best friend Ik Jun about the relationship he has with Ik Soon. Also Jun Wan has to tell his best friend that he is currently dating his sister. This may cause some to which the fight which may cause quite a lot of drama.

Also, another thing to be expecting from the drama is the blooming of relationships. Also, there is a happy end to the season seen Jung Won finally making his decision to stay at the hospital. This is the process that reciprocated the feelings of Dr. Gyeo Wool. He finally confesses her love to him. Maybe in the next season, we can see the development of the relationship, and potentially we could even see Jung Won pop the question.