The reality is indeed gloom and dread with the ongoing pandemic situation wherein everyone wishes to get them transported back in time. However, it is so also the fact that it is not possible in reality. But, a favourite Korean drama, Hospital Playlist Season 2, is soon on the way, making one remember the good times and forget what is happening in reality. Hospital Playlist season 2 has also dropped a new teaser and moving poster with the whole squad. The first season of the drama has a record for breaking the TRPs by being commercially successful and critically acclaimed.

The drama is a simple ordinary life medical show that makes people somewhat feels good, with the life series events. It portrays the five doctor’s lives that have been friends since their student days from the 90s. Now, they are even working in the same medical, Yulje Medical Center, besides being passionate about music. They inspire and support each other to be a better person. The announcement for the resuming of the second season took place almost a year after the premiering of the first season. The most eye-catching thing about the series is the resuming of the same casts from the previous season. 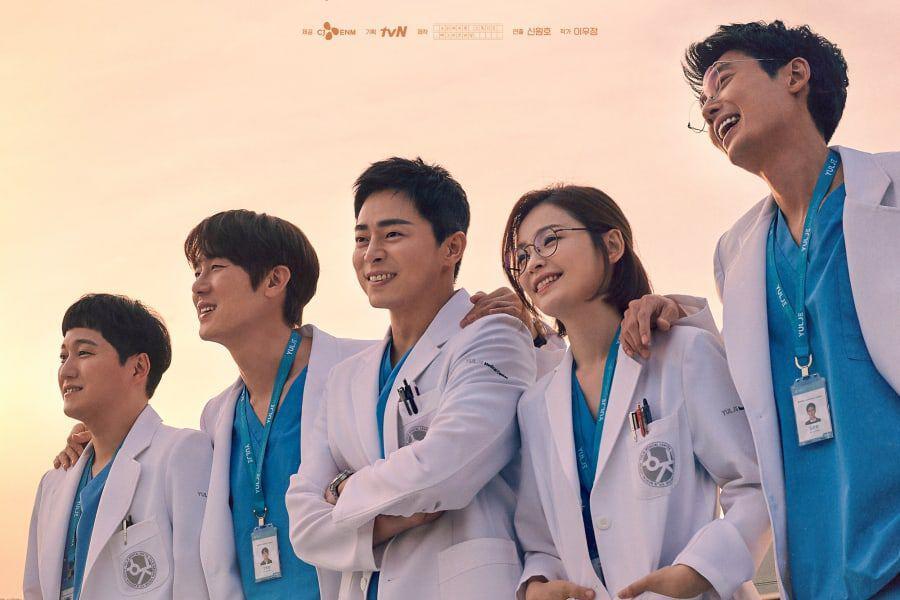 The five friends together are smiling happily while watching the view in front of them. Their expressions are contented and hopeful. All of them are glittering. The poster itself brings warmth to the audience. It highlights their friendship and the capacity to find warmth with just being together. Well, everyone hopes for such lifetime friends. The poster has a caption, “Our special but ordinary everyday lives” written on the top. It also mentions the premiering date, channel and the name of the series in the poster.

Hospital Playlist 2 released a moving poster on May 17, 2021. The “99-ers” gets depicted in the moving poster. It is the year in which all the characters entered medical school together. They became friends and have been together since then. In the moving poster, all the five casts take a picture together in the present time and the past. There is a text in the clip stating the ordinary people’s slightly special lives every day. The words also appear in the first season’s poster and also the latest newly released teaser.

Later on, the same five friend’s past images change into the present one. At the same time, the words also get scrambled to form a new one on the screen. The word transforms into the special people’s ordinary everyday lives. There are nostalgic vibes from the moving poster. The five doctor laughs and talks with each other for clicking the image same way as the past. Ik Jun gets a call from someone after the clicking of the shutter in the present times. After that, he asks Seok Hyung whether he blinked while taking the photo. It highlighted their twenty years of close friendship with laughs between them.

Hospital Playlist Season 2 first teaser video got unveiled on May 14, 2021. Season 2 of the show will be picked up and continued from season 1, wherein it will showcase a hospital and the people’s everyday lives in it. It will also show and continue the heartwarming story of five friends that have been best and close friends since their medical college days. The five friends, Ik Jun, Song Hwa, Jung Won, Seok Hyung, and Jun Wan are also doctors in the current times at the same medical center. The first teaser video is also the show’s official teaser video and is of 48 seconds. The teaser video begins showing with something else, showing to the viewers that the upcoming season will be something more dramatic and fun. However, so is not the case, as the upcoming season will too have some warmth.