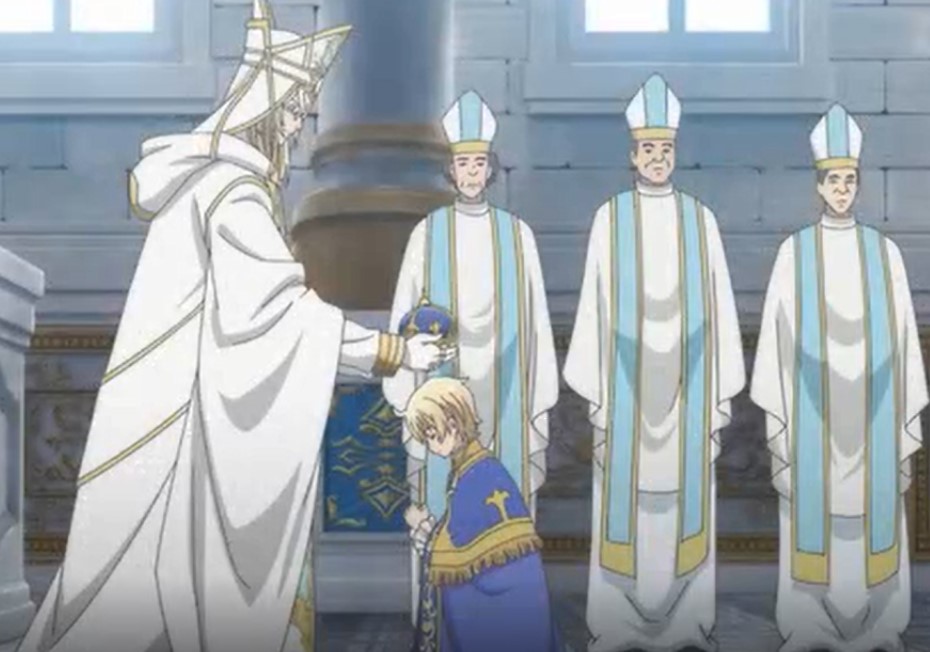 In the woods, former bounty hunter Deflotte Danios met with the Knights, and they stoped him. They reveal that he is suspected of larceny, molestation, and arson in Tours. Danios throw a smokescreen saying those accusations are false and disappear. When the knights chase after him, he lands on the tree and looks at his wanted poster, saying he is wanted only alive. He is surprised that they only put a bounty of five coins as a reward.

Meanwhile, King Charlot is officially announced as the newly ascended to the throne following Duke Rugis’s uprising. Pope Vall d’Hebron, of the Orthodox Church, has taken up the position of the guardian. The Hortensian Orthodox Church has assumed control of the land. The royal order of the knight has been placed under the supervision of the Ecclesiastical Order. Meanwhile, Maurice and Alfred are glad by the recovery of the capital.

Hortensia Saga Episode 4 will be released on Thursday, 28 January 2021 JST. Hortensia is available for streaming on AnimeLab and Funimation. Every Wednesday, we will be releasing a new episode every week. Let me take you to the recent development of this Anime below. 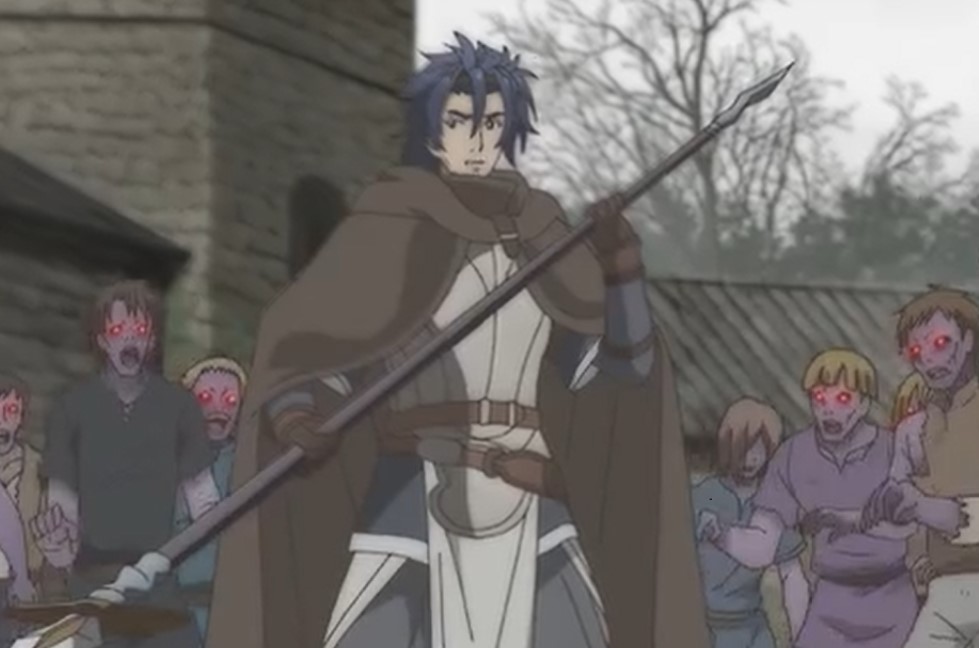 They met with Marius and Nonnoria revealing that they are going to the royal capital. Marius asks why and Alfred said they him been summoned by the captain of the Ecclesiastical Order. She asks what if they start trouble and get him arrested inside the prison. Marius said they wouldn’t arrest Alfred since he has not done anything wrong. Later the two met with Hortensian Orthodox Church Ecclesiastical Order Captain Georg Dalmas.

George is glad that he is meeting again with the late Fernando’s son. Maurise said that it is enough with the pleasantries they can get down to business. George said he wants the two to conduct an off-the-book investigation into Petale Village. He reveals that there is undead, and Alfred said they would go and look around. Later, Alfred, Marius, and Maurice head out for their investigation.

When they reach there, they find that the fence is broken, and Maurice comments that it is the work of the undead. The undead started to how up in numbers, and the trio finds Danious fighting with them. Danios don’t want to kill them; he is just defending. Marius uses the incantation to purify the undead, but they just stopped moving. Alfred and Maurice jumped in and started to kill them since they cannot be purified.

After killing them, Alfred asks Danious what is happening, and Danios said he has no clue. Danios ask why are they here, and Marius mentioned the Orthodox Church. Maurice put his hands on Marius’ mouth before she finished what she wanted to say. Danios heard that and attacked Marice, who told him to calm down since he is just an old man looking after his nephew. Alfred explains why they are involved with the Orthodox Church.

Danios left without telling him their name and told them not to get in his way. Later, Alfred finds out why Danios was hotheaded earlier because he is from this village, and he wants to help the villagers who have become undead. They both head to the cemetery and finds Danios paying his respect to his parents’ grave. He reveals the truth about Petale Village. Danios also talked about how the village was abandoned by the kingdom when he was not around. 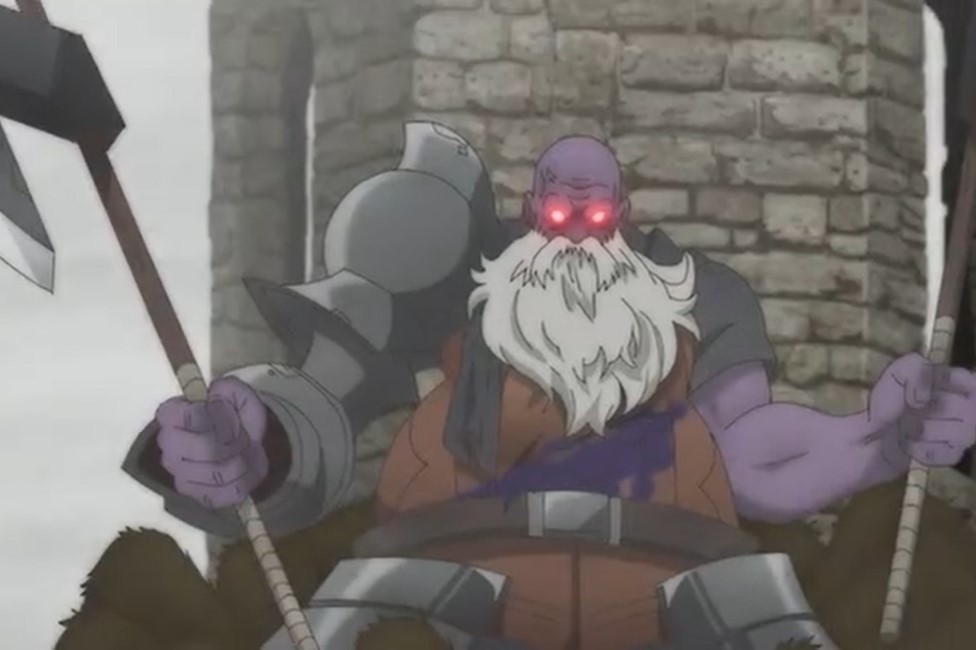 Maurice also reveals how the monsters started to appear in this world. Danios decide to help them with their investigation, and he finds the book that explains the village’s past life. Danios shed tears asking why his father relied on God, but he died along with everyone in the village. Marius asks if Danios is the son of the priest. Danios reveal the truth about his past and his father before he left the village.

When his mother passed away, they wanted Danious to be the priest, but he refused and chose his path. His father drove him away from the village until he finds the truth that his village is destroyed. When they are still consoling him, the Ecclesiastical knights show up. The knights said that anyone who steps in this village must be burnt with it. Danios said it is not happening since the kingdom had abandoned the village a long time ago.

The knights said that the villagers of Petale were sacrificed to ally the witch’s curse. Alfred decided to help Danios with others, but the undead knight shows up and protects the village. The undead tries to kill everyone, and Maurice fights back, but it kept on regenerating. Marius performs another incantation that worked, and they snd the monster flying over the mounting edge. The village is protected, but Danios is the only member of the village left.

You can also try the following Hortensia Saga Episode 3. With all of the above development, that is how we need this week’s post.