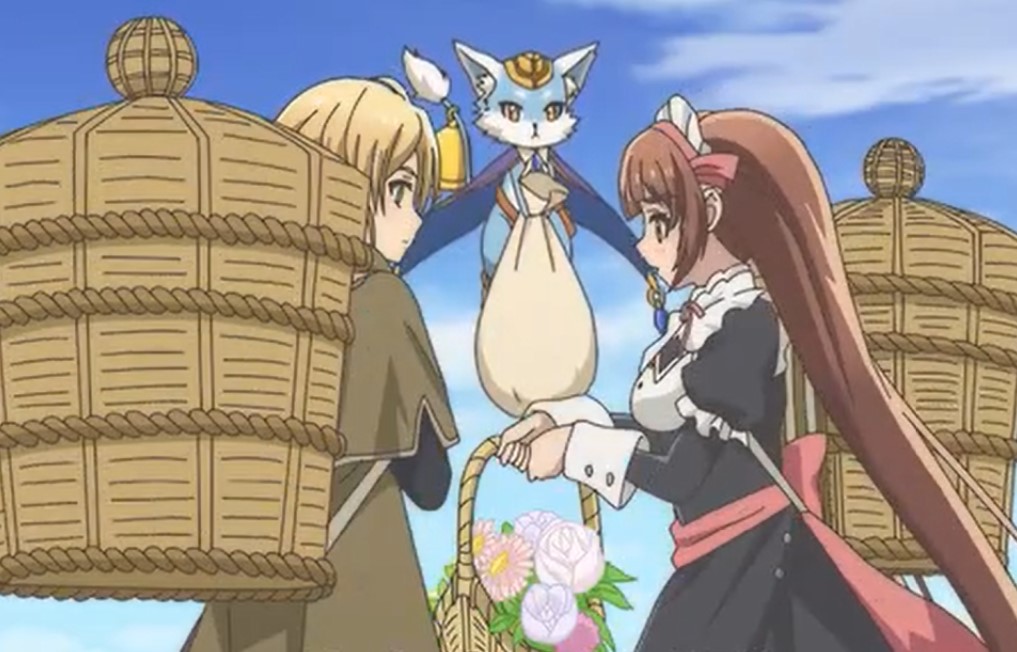 After the death of Fernando, Maurice went to Fernando’s castle and told his family about the incident. He hands over Fernando’s sword to Alfred. Maurice and princess Mariel went missing after the battle, but her father had a decent funeral. After the funeral, Prince Charlot became the new king since the princess was missing. The next day Maurice and Mariel have managed to find a dungeon and use it as their hiding spot.

Maurice told Mariel that for their safety, they have to change their real identity as soon as possible. Maurice left the dungeon and realizes that it is hard for Mariel since she watched her father getting killed in front of her. Mariel cuts her hair using a sword that her father left with her before he died. Later it has been revealed that the fantastical paradise, Magonia. It is brimming with a great power that can make any wish come true. But the undead and demons started appearing throughout the kingdom of Hortensia.

Hortensia Saga Episode 3 will be released on Thursday, 21 January 2021 JST. Hortensia is available for streaming on AnimeLab and Funimation. Every Wednesday, we will be releasing a new episode every week. Let me take you to the recent development of this Anime below.

When days pass, people started to accept the existence of the monster is real. The knights from Holy New Era rises. They battle with the green goblin. Alfred and Maurice team up, taking the gobbling down. Maurice thinks that it is the job of knights to fight with the monsters. Alfred said that even lord could sit down and let his people die, he can also protect their lives. Alfred also said that the time would come for them to fight Camellia again.

Alfred promises that he will get stronger and surpass Roy of Camellia and Maurice asks about Marius. Alfred said that he had given Marius a vital mission, and Maurice realizes that Marius always joins Alfred when going out on monster patrol. While Nonnoria, Moru, and Marius visited the graveyard during their mission. Marius is worried that Alfred has given her the job of a man. They both put some flowers on top of graves.

Nonnoria reveals that she always comes and offers a prayer to Fernando, his wife Hortense, and his daughter Ber. Nonnoria said it had been four years now since her relatives passed on. Fernando was the one who took her in as a maid before he passed away, and they welcomed her warmly. That time Nonnoria was the same as Ber, and they got along very well from the start. Ber was born with a weak constitution that makes her spend every day in her room.

One day the carriage that bell was riding in got caught in a landslide and falls over the mountain cliff. That is how Ber passed away, and Nonnoria vows that she will work hard to keep Alfred from being lonely. Marius also said she would do the same, and they both head to the village. They met with Conny and Doris playing outside, and Nonnoria asks when the lord will take down the monsters of Tron Carven.

Conny replies that he is not sure, and Nonnoria is wondering where Tron Carven is situated. Coony reveals that Tron Carven comes from Magonian lore, and there is a shape-changing monster who lives in the spring inside Tron Cavern. Conny adds that the monsters can transform into a dragon, snake, or even a giant wolf. Marius recalls when her father was killed by a giant monster Duke. Marius is Princess Mariel, who changed her identity after Maurice advises her.

Nonnoria notices that Marius’s mind is elsewhere, and she asks her if there is something. Marius replies that it is nothing and Conny said he wishes he could see the monster sometimes. Doris comments that it is silly; there is no way such a monster exists. Conny looks at her with a frowny face and disappointed that she is thinking he is cooking up stories. Doris reveals that the priest says that stories about Magonia are all made up.

While the two are still arguing that it is n to made-up stories, Alfred and Maurice returned. Alfred said that Tron is too dangerous; it is like a labyrinth, and children cannot go there unaccompanied. Conny insists that he want to see the monsters transforming. Marius wanted to tell me that she has already seen one of them transforming. But she changed the topic and scolded Alfred for tricking her with an escort mission.

We also have other updates of Anime like this one on our Homepage, or you can try to check recent updates here: Hortensia Saga.