Modern teenage romance stories are everybody’s cup of tea. It goes without saying that such anime end up attracting the attention of every web. Be it an attractive and interesting waifu or a super sweet ikemen, Horimiya has them both. The manga came out in 2011 and finally concluded this year. Written by Hiroki Adachi and illustrated by Daisuke Hagiwara, Horimiya takes its readers into a bubble of love but at the same time gives them a flash of reality. While some relationships might last, not all get the privilege of a happy ending. And even if they do, it does not necessarily have to be in high school. The manga came to an end but the Horimiya manga epilogue chapter has now been announced. For those weeping over the end of the manga, seems like Adachi and Daisuke have more in store for us.

High school is not the time to stress out over life but to live it. Teenagers need to learn to make new friends because this is the age that they develop, not just physically but also emotionally and mentally. Horimiya executes this very idea through different characters. Every character has a different story. Although Miyamura and Hori’s love story is beautiful, Hiroki Adachi and Daisuke Hagiwara give us a chance to see that failed relationships are not the end of the world. Horimiya makes sure to not leave anyone out and gives every character a chance to grow and learn from life. That, I feel, is absolutely beautiful in this manga.

People have been craving new content of the story. Here is all about the Horimiya manga epilogue chapter and when it will come out.

The Horimiya manga started on October 11, 2011. Before Square Enix published it, the manga was released in 2007 as a doujinshi (self-published manga) by Hiroki Adachi under the name ‘Hero’. However, in 2011, Adachi took to writing Hormiya with Daisuke Hagiwara’s illustrations. This was serialized in the Monthly G Fantasy magazine and later translated to English by Yen Press. The manga ran for 125 chapters, which were compiled into 15 volumes. In 2012, the manga was adapted into a 6 episode long OVA featuring the voices of Asami Seto and Yoshitsugu Matsuoka as Hori and Miyamura respectively. But, the manga dropped into a big spotlight worldwide after the 2021 anime adaptation featuring the voices of Haruka Tomatsu and Kouki Uchiyama as the main characters. 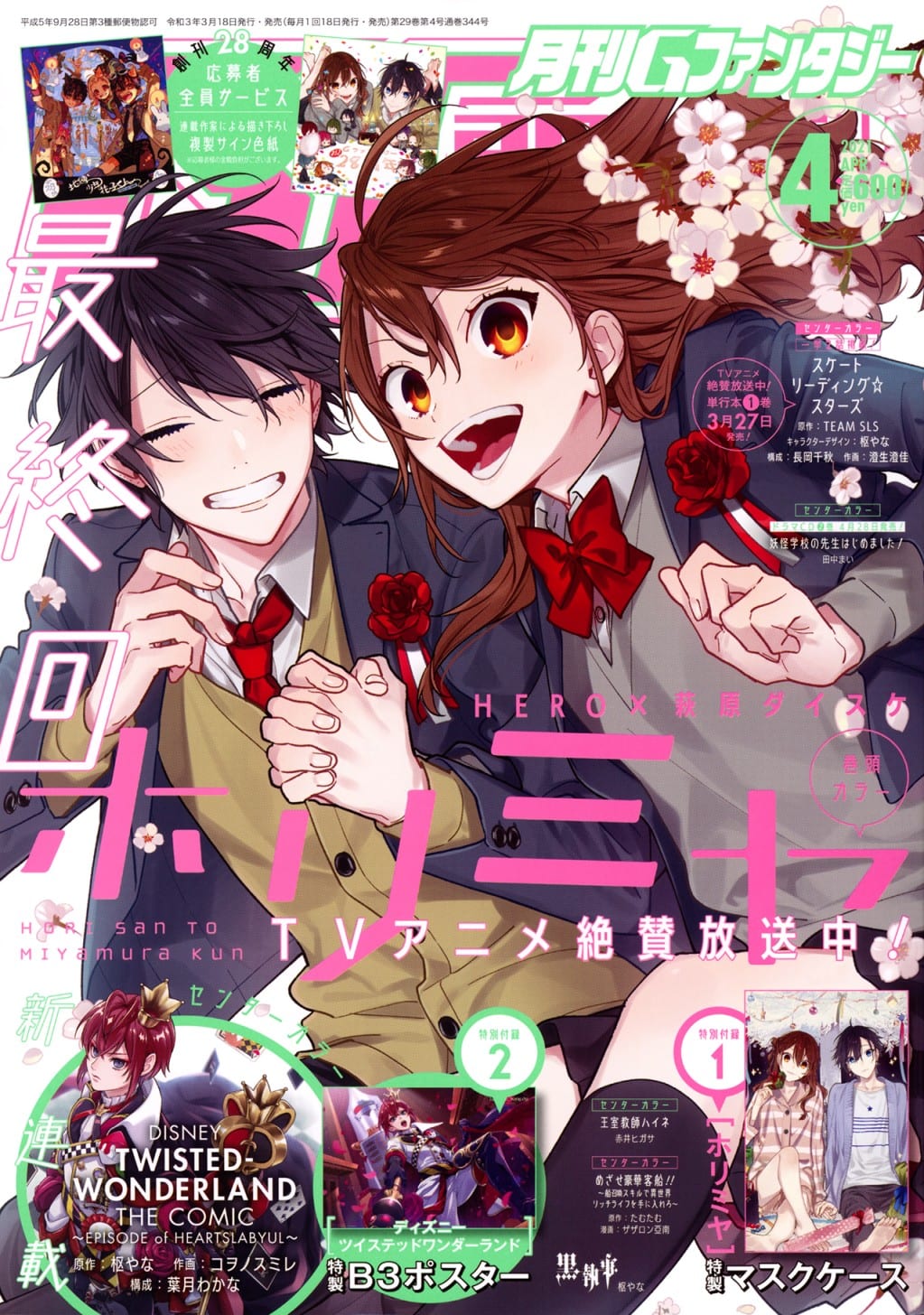 Horimiya was written with a lot of love. It has so many great plotlines and some slight angst drama. Every character is invested in the story one way or the other. As far as teenage issues go, Hero does not leave out any of them unnoticed. In the beginning, we have Hori. She is popular and beautiful but back home she is like any other girl. She does what any average teenager does, which includes taking care of her home and brother when her parents are not around. Then we have Miyamura, who is gloomy but wants to explore the world. He gets piercings and tattoos but prefers to keep them hidden after a long history of bad friendships. When the two characters meet, they find parts of each other that they have kept hidden and treasure them.

But Horimiya does not just showcase a love story that blooms in youth and lasts forever. Instead, it tracks through all kinds of high school relationships using all other characters. It might look unfinished because not every character ends up with an everlasting love bond. But let’s admit it, not every high school fling works and that is just fine. Ishikawa, Kono, Yuki, and Yanagi give us a good look at this. No, Ishikawa does not end up with either of the girls but he and Kono confess they like each other. They bury their feeling and move on ahead. Yuki does not pair with Yanagi either but they show a potential future fling towards the end. This might look like loose ends but this is just how life goes. Not everyone finds a Hori to their Miyamura.