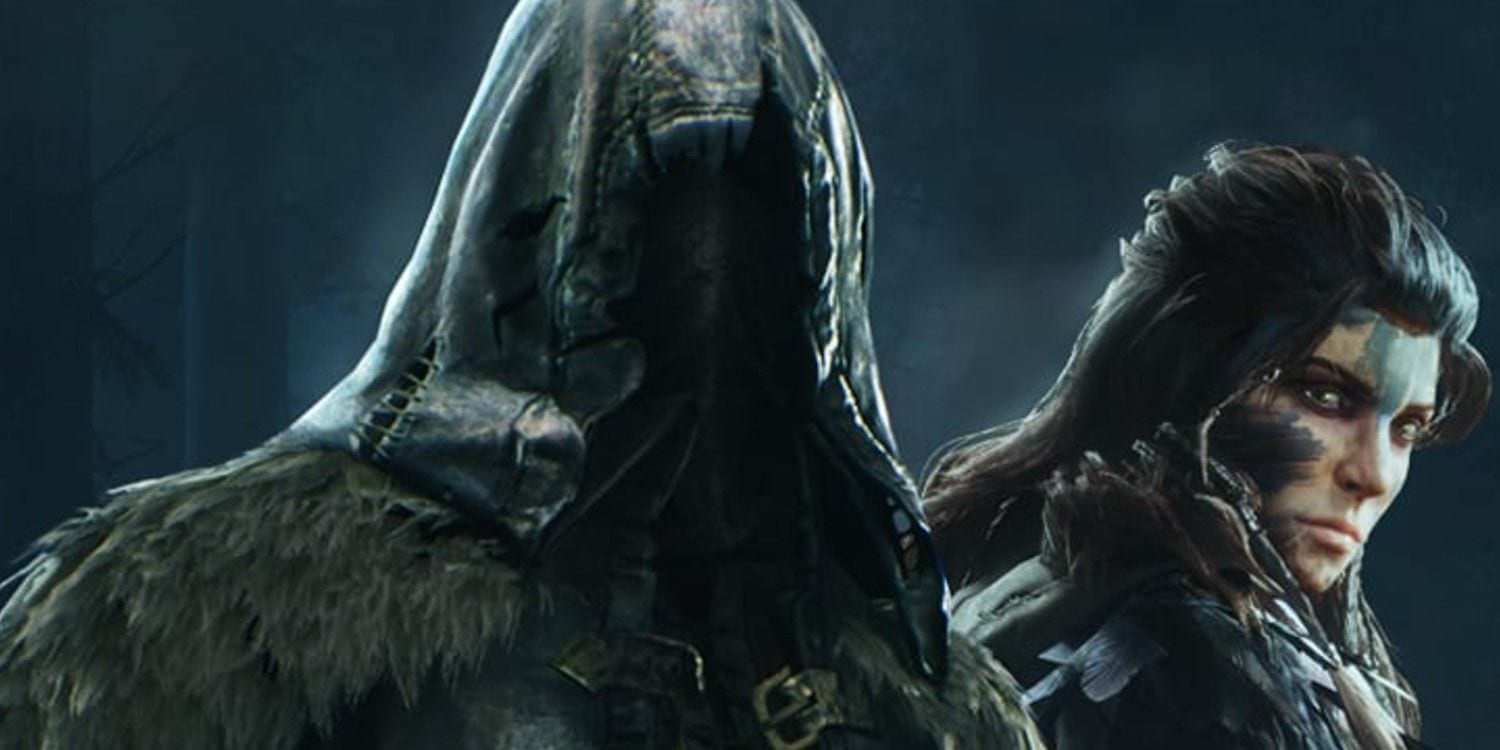 Promotional Feature For Hood: Outlaws And Legends Featuring The Characters The Ranger And The Hunter

The rise of the internet and social media streaming has taken gaming systems to a more interactive level. Multiplayer has become a pivotal part of the gaming mechanism. All thanks to the battle royale games that help a player to engage with his mates to enjoy the chunk of the game. Even big old games such as Grand Theft Auto. Those who relied on that rely on a single-player environment are considering it. Last year they introduced Grand Theft Auto online are looking forward to a similar mechanism for future games. Anyway, here we are coming to a video game set to follow the same mechanism. Sumo New Castle’s Hood: Outlaws And Legends is all set to come in May of 2021.

Hood: Outlaws And Legends follows a much like player vs. player vs. environment game. It will see players infiltrating in the state and compete with each other to grab the treasure while fighting the game using tactics. It more of a heist game where, apart from gaming skills, you need to work your brain out even when it comes to taking the swords out. Being a multiplayer game, many gaming communities are looking forward to it, hoping to use their tricks and wits out. So with no further adieu, let’s take a look at the game’s release date and everything we know so far.

“Hood: Outlaws And Legends” are releasing on May 10, 2021. Sumo Newcastle developed the game with Focus Home Interactive publishing it. The game will be available on Microsoft Windows, PlayStation 4, PlayStation 5, Xbox One, and Xbox Series X and Series S. Plus, it is set to be played from a third-person perspective.

Initially, Hood: Outlaws and Legends was considered to be a cooperative game. The creators envisioned it as a dark tale of Robin hood before moving on to the “player vs. player vs. environment” mechanism. It also takes inspiration from Hunt: Showdown (2019) by Crytek. Plus, the sheriff in the game takes cues from Mr. X of the Resident Evil games.

What Is Hood: Outlaws And Legends About?

The official Steam description of Hood: Outlaws And Legends talks about a violent medieval world. Basically, a world where the state opposes and mistreats the underclass. Thus, leading the group of four outlaws going head to head with them. The characters which the players will be filling in the boots of. So, in this way, two teams are created with four players each. Every player will select one of are divided the four characters. The job is to outwit rival gangs. Every character comes off with a unique skill of his own to make use of in situations required. 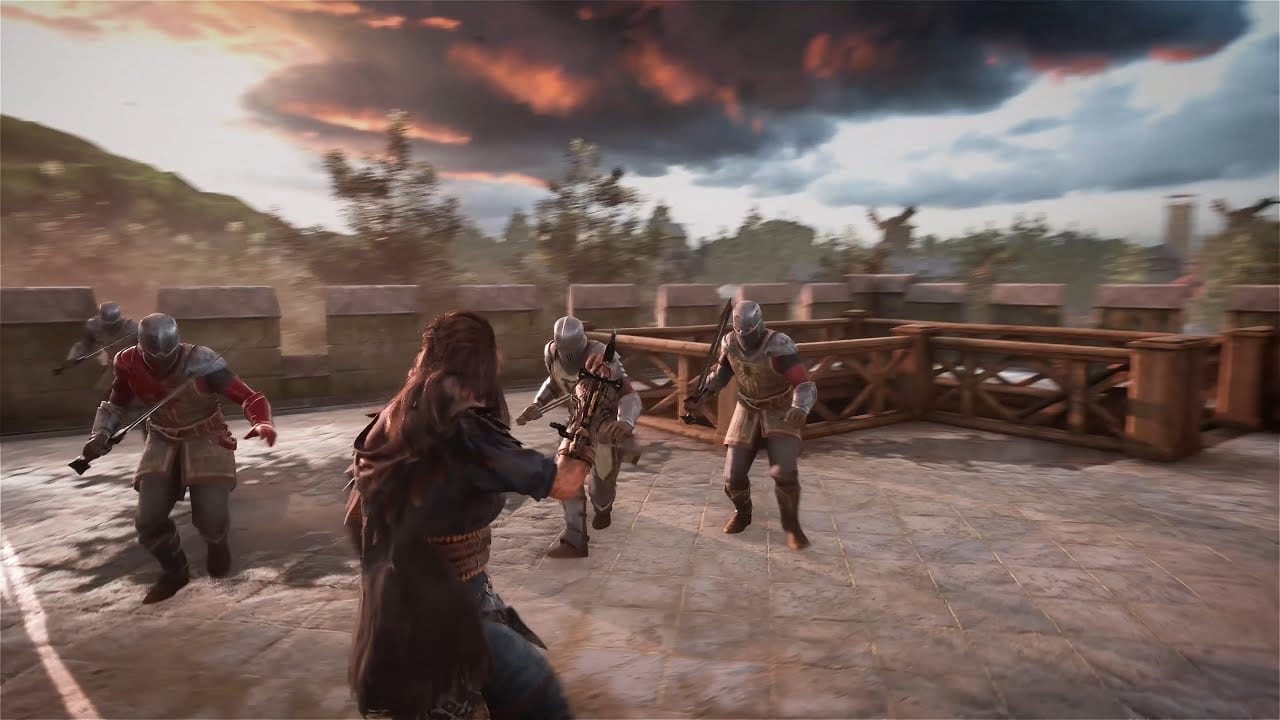 Still From The Official Gameplay Trailer Of Hood: Outlaws And Legends

The teams go head to head with AI guards. But the proper use of skills at the right time will only take you one step closer to your treasure. Pass through places in stealth, hiding, unseen, and capturing the treasure in secrecy. At times also turning to loud and brutal combats if required. The best team to conquer all the statistics with a proper plan will make the most of the treasure.

The entire heist has three phases altogether. If a team manages to complete one phase, the other team is automatically notified. The first stage requires the teams to steal a key. It comes from a boss character named Sheriff of Nottingham. Once stolen, the player is notified about the location of the treasure. Then the journey to the location begins all in stealth mode without getting caught.

Check out the official Gameplay overview trailer for Hood: Outlaws And Legends.

Also Read: Fallout 76 Season 3: When Is It Ending?

The Playable Characters Of Hood: Outlaws And Legends

Like we mentioned above, there are four different playable characters, or with the game format, we like to call it classes. Each comes with a unique ability and mastery of their own regarding the weapons and tactics. These four classes are The Hunter, The Ranger, The Brawler, and The Mystic. Let’s start off with The Ranger.

The Ranger is the leader of the Outlaws. He is considered to be long dead after being executed by the state but has returned to bring justice. He comes off with a sinister-looking longbow as his prime weapon. His skills include being a sniper and master infiltrator. Apart from his Longbow, he can also use fire explosive arrows and flashbangs.

The second member is the Hunter. Coming from the official website of Focus Games, they describe The Hunter as a rumored heir of a powerful nobleman. She comes off with a burst crossbow attracted to her bracer and its mounted blade. Her other abilities include quick takedowns, invisibility magic, and smoke grenades. 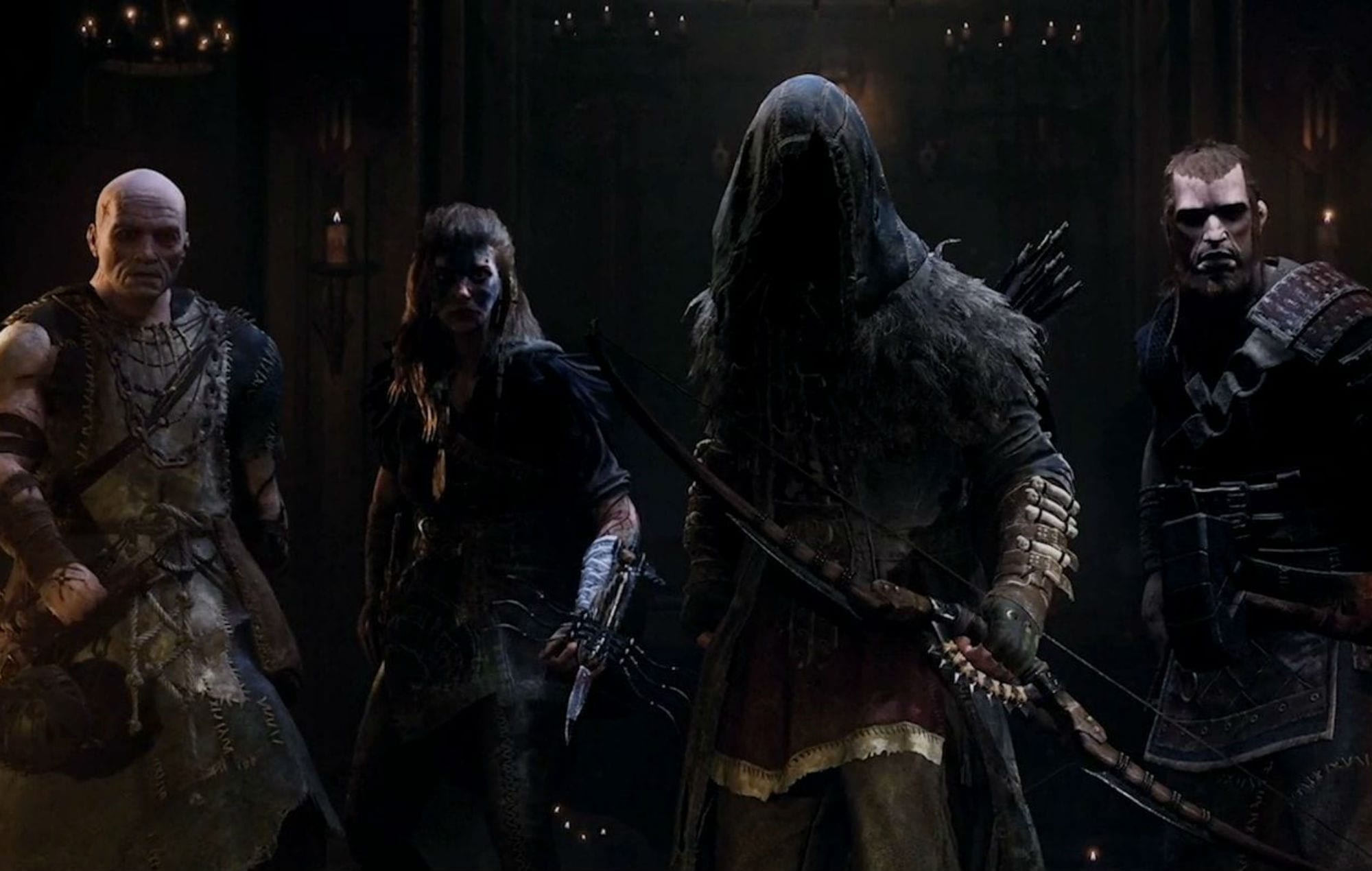 The Four Playable Characters Of Hood: Outlaws And Legends, From Left TO Right: The Mystic, The Hunter, The Ranger, And The Brawler

The Brawler is the powerhouse of the team. After losing his parents, he has vowed never to build a weapon of war. So he brings his Hammer hoping to rescue his sister from the State someday. His skills include slaying the enemy with his sledgehammer in a single blow, great at close-to-close combat, and the Wrath ability—the one who sees him go berserk.

The Mystic, the final and the most mysterious member of the team. Trained as an inquisitor and his faith in religion caused the state to go against him. He lost his master in turn, which led him to take a path against the State. The Mystic’s skills include trickery, detecting enemies nearby, and brilliant use of poisonous smoke bombs.