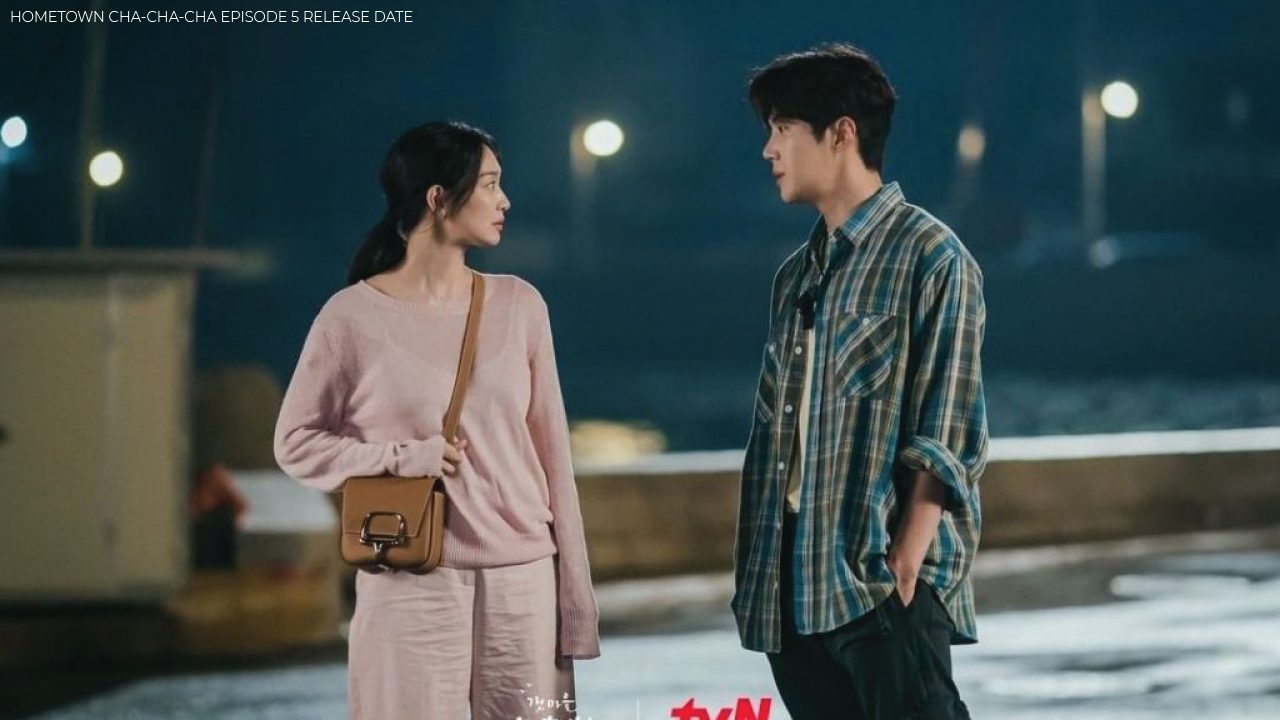 Hometown Cha-Cha-Cha Episode 5 is the upcoming episode in the latest K-Drama from tVN that seems to be taking the world by storm. With every passing episode, it seems as though the ratings of the drama are on a constant rise. Starring Shin Mina and Kim Seon Ho in the lead roles as Yoon Hye Jin and Hong Du Sik, Hometown Cha-Cha-Cha is all set to become one of the biggest K-Dramas of the latter half of 2021.

The main storyline of Hometown Cha-Cha-Cha revolves around the life of Yoon Hye Jin. She is a perfectionist and righteous dentist in Seoul. Hye Jin lives a very millennial life in Seoul. However, the main doctor in the clinic that she works for is a corrupt woman. One day, Hye Jin decides that she can no longer handle being in such a toxic workplace and walks out.

Hye Jin opens up a new clinic in the seaside town of Gongjin, in the Gangwon-do province of South Korea. However, she has a tough time being accepted by the residents of Gongjin. This is where Du Sik comes into the picture. He is the local village handyman who helps Hye Jin settle down. In the process, the two of them fall for each other.

In Hometown Cha-Cha-Cha Episode 5 Hye Jin will wake up next to Du Sik after getting drunk and spending the night together. Moreover, it seems as though Du Sik doesn’t have any nightmares when he sleeps beside Hye Jin. Nam Suk overhears Hye Jin and Mi Seon’s conversation about having slept together. She lets everyone in Gongjin know about this. However, the others are against this idea. Meanwhile, Sung Hyun visits Gongjin. He is the second lead in Hometown Cha-Cha-Cha and a mukbang YouTuber. Later, Hye Jin asks Du Sik if anything happened between them the other night, to which he replies affirmatively by saying that a lot did. However, knowing Du Sik, he is, in all probability, just bluffing.

In Hometown Cha-Cha-Cha Episode 4, we finally saw Hye Jin become a part of the daily lives of the people in Gongjin. She no longer seems like an outsider. The episode starts with Hye Jin and Du Sik crossing each other’s paths on their way to work every day. One day, Hye Jin sees that Du Sik is nowhere to be seen. That day, she seems unable to eat anything properly or focus on her work.

Later, after having wrapped up work, as Hye Jin and Mi Seo are on their way back home, Nam Sook stops them. Nam Suk invites Hye Jin to the local business owners’ meet. Though Hye Jin is initially reluctant to visit, she immediately agrees once Nam Suk says that Du Sik will be there too. Upon reaching there though, Hye Jin is very bored and regrets having come. However, she does get a chance to hear Du Sik sing for everyone.

In order to leave early, Hye Jin pretends to be asleep. Everyone leaves without waking her up. Du Sik carries her halfway on his back and drops her off on the streets. He also calls her out for pretending to be drunk. However, Hye Jin is unbothered about the entire interaction. In fact, their bickering is somewhat cute to watch.

A new patient becomes a regular at Yoon Dental Clinic. On the first day of consultation, he asks Hye Jin whether there are any surveillance cameras in the clinic. Hye Jin says that she needs permission from her patients before she installs them. Mi Seon is a little uncomfortable with this patient as it seems like he tries to touch her inappropriately. The first day he visits, Gam Ri is there at the clinic too and she tries to recall having seen him somewhere before.

The patient becomes a regular and though Hye Jin likes him for being polite, Mi Seon is disgusted by him. However, Mi Seon decides against it to tell Hye Jin anything. One day, Hye Jin catches the man trying to touch Mi Seon inappropriately. She immediately comes to her rescue and kicks the man out. The man starts victimizing himself and calls the police about being accused of sexual harassment. Before the police reach the scene, Hye Jin attacks the man for defense. Suddenly, Du Sik comes out of nowhere wearing a surfer’s dress and knocks the man unconscious.

Later, Gam Ri reports a missing phone in the police station. It turns out that this is the offender’s mobile where he has several pictures of Mi Seon taken when he lurked around her. Du Sik punishes the man in his own way before handing him over to the police.

Hye Jin thanks Du Sik with a rare expensive wine which the two of them drink together. The two of them share some candid moments with each other over drinks. Hye Jin tells Du Sik why she came to Gongjin in the first place and he seems to be completely enraptured by her.