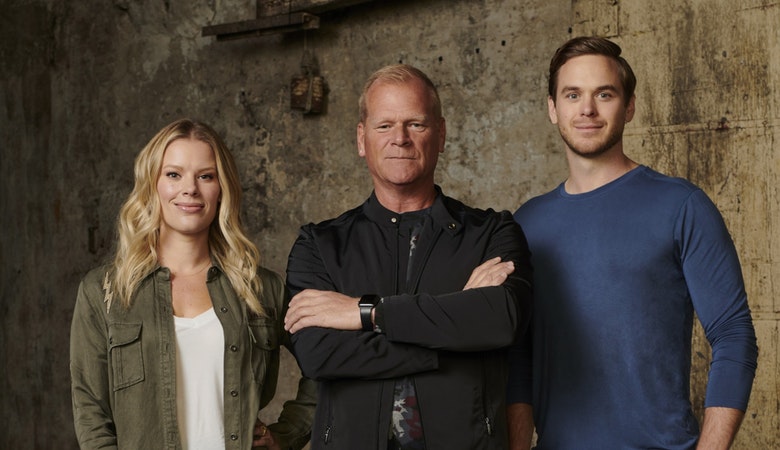 Working with service organizations and redesigning their workspaces sounds like a cool idea. And becomes way cooler if Done by a Father, Daughter, and Son trio. That too on a reality TV Show. That is what the reality Television show Holmes Family Effect is all about. This show really is based on one unique idea. Where children and their father are working on upgrading the whole working spaces of the service offices. Each episode features a new design and a new set. Showing how the procedure of this remake was. And how this has improved the office. Holmes Family Effect Episode Schedule is mentioned below.

The show is hosted by Mike James Holmes who is a Canadian Builder, businessman, investor, television host, and also a philanthropist. His first television series Holmes on Homes was based on the rescue missions done by him to save the homes whose renovations had gone wrong. Holmes Family Effect first aired on the 7th of Feb 2021 On the CTV. CTV is a Canadian English language channel. The series is now also with the Fox studios for broadcasting in the US later on. The series stars Mike Holmes, his lovely daughter Sherry Holmes and his son Mike Holmes Jr. This series currently has 4 episodes and there is no news whether there will be more episodes or not.

The Canadian show Holmes Family Effect premiered on the 7Th of February 2021. This show aired on CTV which a famous Canadian English Channel. The show premiers every Sunday. After its premiere date. Currently, the series is at the fourth episode. The cast and the crew for this show are the Holmes family Mike Holmes, Mike Holmes Jr., and Sherry Holmes. other than them the cast also included Riley Stevenson and Russell Peters, Frank Meleca, and finally Erich Saide. Who appeared in the four-episode of this series.

The crew for this series includes producers of this epic series, Jonathan Payne, Grant Grischuk, and also Paul McConvey. The person who gave direction to this show and made sure that the show turned out to be fantastic. The director Robin Johnston. Lastly, on the post of the executive producers were Mike Holmes himself along with Tina Apostolopoulos. The team had paired with the production company Make it Right Productions to produce this show. The show has also given the rights to Fox entertainments. An American television channel. The channel premiered this show on the 16th of march in the United States in the form of a two-day special. The second day will be 23rd March. Each day it is going to be broadcasted as a two-hour special from 8 PM to 10 PM.

The episode schedule was not clear for many of the viewers. Although the show is set to premiere every Sunday at 8 PM from 16th February onwards. It has confused the audience a bit by its slightly irregular arrivals. The season currently has only 4 episodes. There are also rumors that the season has ended after the arrival of its fourth episode. This is merely speculation currently but can also be true as the series was never updated after the 4th episode.

The episode schedule for Holmes Family Effect Season 1 is:

What To Expect From Final Space Season 3?