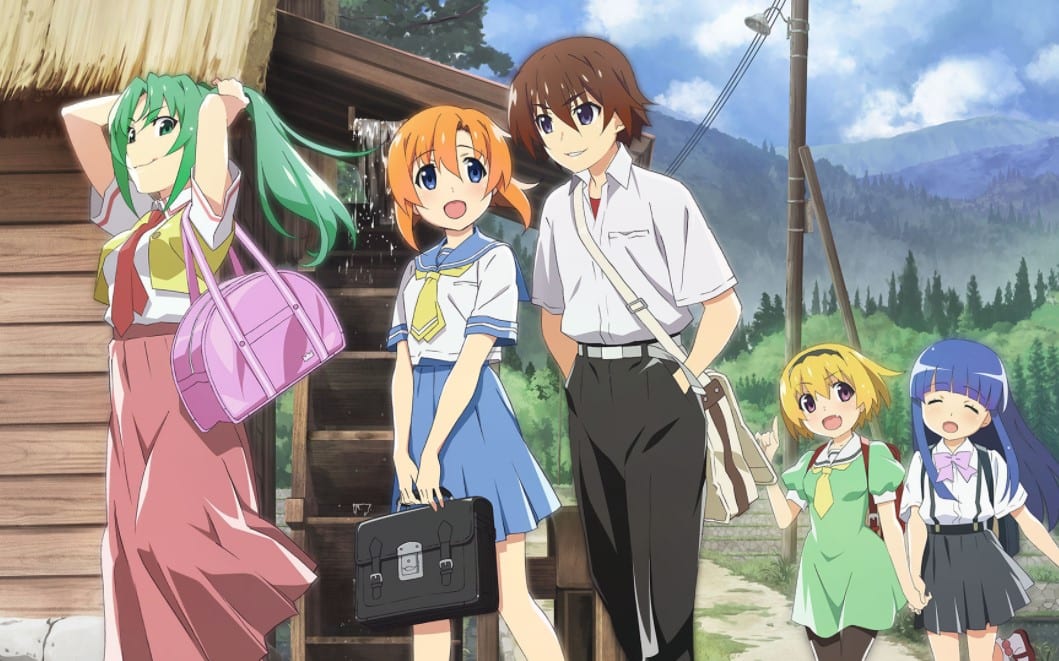 The mystery of Hinamizawa village is far from getting solved since Mion killed her sister Shion after choking her to death. The Oyashiro curse vanishes from her body, and Mion realizes that she killed her sister. Let’s find more about the Hinamizawa mysteries on Higurashi When They Cry SOTSU Episode 7. The episode begins with Mion carrying the corpse of Shion heading to the secret basement. Mion apologizes that she is doing horrible things to her sister. She also took the head of her family and tied her with chains. Mion told the older lady that she wants answers from her.

Mion asks the lady if she uses the powers of one of the Three Big Families to control the curse. Gran didn’t replies and Mion wonders if she had killed the second person. Mion realizes that if Gran is dead, she won’t stop the curse, and death will continue in this clan. Mion is worried that she can’t save Keiichi, and she even killed her sister due to jealousy that Shion is getting along with Keiichi. Mion realizes that there are other Two Big Families that she can get her problem solved.

Later Mion calls Granpa Kimiyoshi telling him to come over since Old Gran wants to discuss something urgent with him. Kimiyoshi wonders if it is about the stolen car, and Mion replies that it will be good if he comes. Kimiyoshi told Mion to tell Oryo that he is on his way. Mion is glad that he falls for her trick and comments that they will be waiting for him. Kimiyoshi arrives, and Mion puts him unconscious. When he wakes up, he wonders why Mion is torturing hum. Mio replies that she wants answers as Kimiyoshi is the head of one of the Three Families.

Previously on Higurashi When They Cry SOTSU Episode 6

Mion reveals that she knows that the Great families use Oyashiro-Sama’s Curse as cover for killing anyone who bothers them or who doesn’t fit in with the village. Kimiyoshi replies that he has no clue about what she is saying. Mion tells him that Oryo Sonozakiwas the person giving orders to whom should get targeted. She asks Kimiyoshi if it is the truth. Kimiyoshi insists that he knows nothing about Oyashiro-Sama’s Curse. Mion reminds him that the Sonazakis is leading the family, but Kimiyoshis were the leading family in the past. 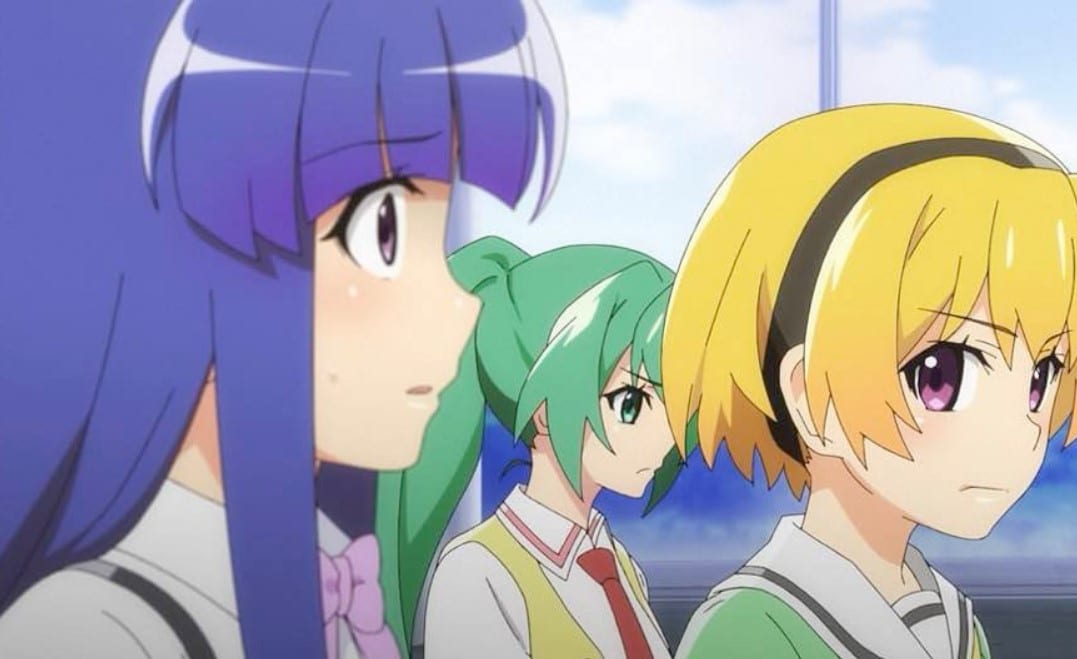 Kimiyoshi discussed the war, and Mion realizes that the Komiyoshi Family failed and pretends to fill Oryo’s orders. But they were using Oyashiro-Samas’s Curse for their benefit. Mion reminds Kimiyoshi that last year they took three of Shion’s fingernails to atone for her wrongdoings. Kimiyoshi refuses to tell Mion. Mion gets furious and asks Kimiyoshi how many fingernails will it take for him to tell her the truth. Kimiyoshi replies that he swears and he is not hiding anything. Mion comments that Kimiyoshi is kind to her and he likes him.

Kimiyoshi begins to struggle with the chair. He realizes that Mion chained him to torture him until he can say something. Kimiyaki give-ups and told her not to punish him since he is ready to tell her everything. Mion ends up killing Kimiyoshi using hummer and nails. She realizes that one Great Family is out there, and she has to deal with them. The next day Satoko is worried about Rika and realizes that Rika will return as nothing has happened. Later in the evening, Satoko confronts Mion and points the gun at her asking about Rika. Satoko shoots Mion in the stomach and ends up killing her and Mion.

Higurashi When They Cry SOTSU Episode 7 release date is 5 August 2021, at 11:30 PM. The anime Higurashi When They Cry SOTSU will continue with a weekly release every Thursday. The new episode will air on the time mention above, and after the anime release the latest episode, we will update the upcoming episode. Don’t miss the next episode; take a look at the following.

Where To Watch Higurashi When They Cry SOTSU Episode 7?