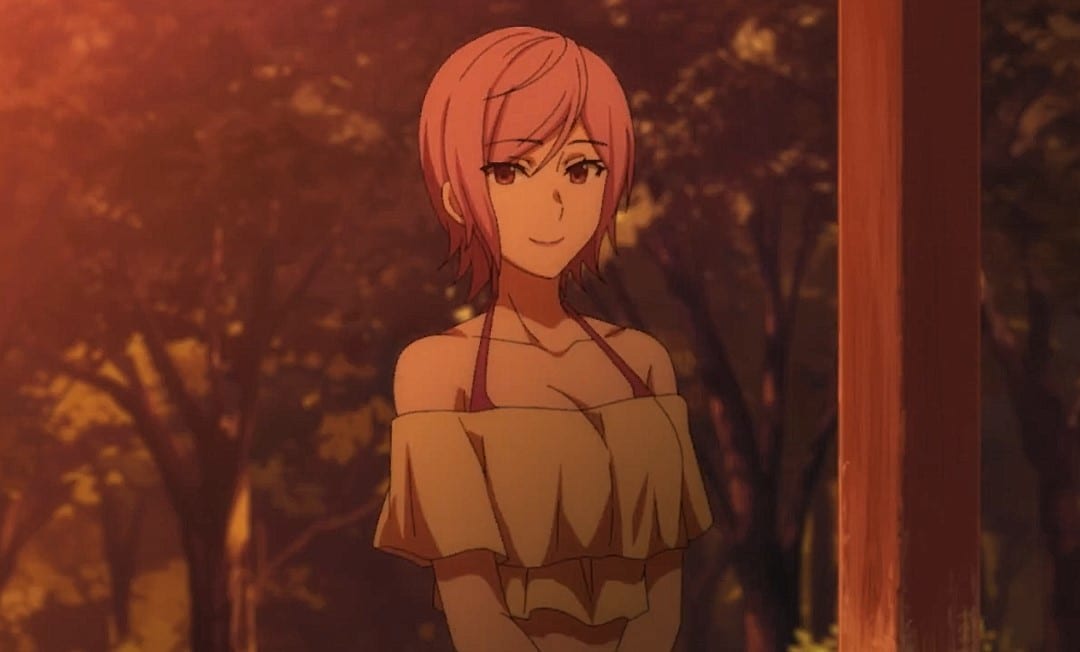 The story of the mysterious festival at Hinamizawa village continues with Keichi and his friends trying to unveil the mysteries behind the Oyashiro curse. Higurashi When They Cry SOTSU returned with a new version of young students given a second chance to reshape their past. The episode begins with Rena buying something looking like she is going to comment suicide or murder someone. Rena collects a rope, blue tarp, and masking tape. On Tuesday, 14 July 1983, Rena’s father wakes up with another headache and finds Ren preparing breakfast for him.

Rena offers her father water, and she gets bored when he calls her Reina, which is the name of the new lady he is dating. Ren’s father asks her daughter what she will do about the things she brought from the hardware. Rena wonders how her father knows about her items. Rena’s father reveals that he saw a bag from the hardware store inside her room. Rena cooks up a story about a cute statue near the dam construction dump. Later Rena went to her hideout and hid something while saying no one will find out.

Keiichi is surprised to be the first one to arrive at the meeting spot, and Rena is nowhere near. Keiichi wonders why Rena is taking too long since he finds her waiting for him every day. Rena arrives running and begins to call out Keiichi’s name. The two talked about being late, and Keiichi said if it happens again, she will not find him. The two arrived at school and met Satoko, Mion, and Rika. They both talked about sleep early. Rena explains why she is late, and Rika suggests that they can help her with chores if that makes her late. Rena replies that it is something that she can do alone.

Previously on Higurashi When They Cry SOTSU Episode 3

The girls cheer Rena that she can do something alone, and Rena told them that she wouldn’t attend the club today. Mion replies that they can’t do the club since it might rain, and they decided to call it a day. After school, Rena rushes somewhere, and Satoko saw her. Stoko feels like something is not going well with Rena, who arrives at the store and buys dangerous stuff. In the evening, Rena arrived at her hideout and put her stuff.

Later Rena arrived home and heard the voice of a lady apologizing that she came without informing anyone. The lady asks her if she is Rena and said she is friends with Rena’s father. Rena realizes that she knows this lady from her father and told the lady is Rina Mamiya. The two begin to talk about the man of the house, and Rena asks what Rina wants from her father. Rina ran out of words and said Rena is always in her father’s mouth. 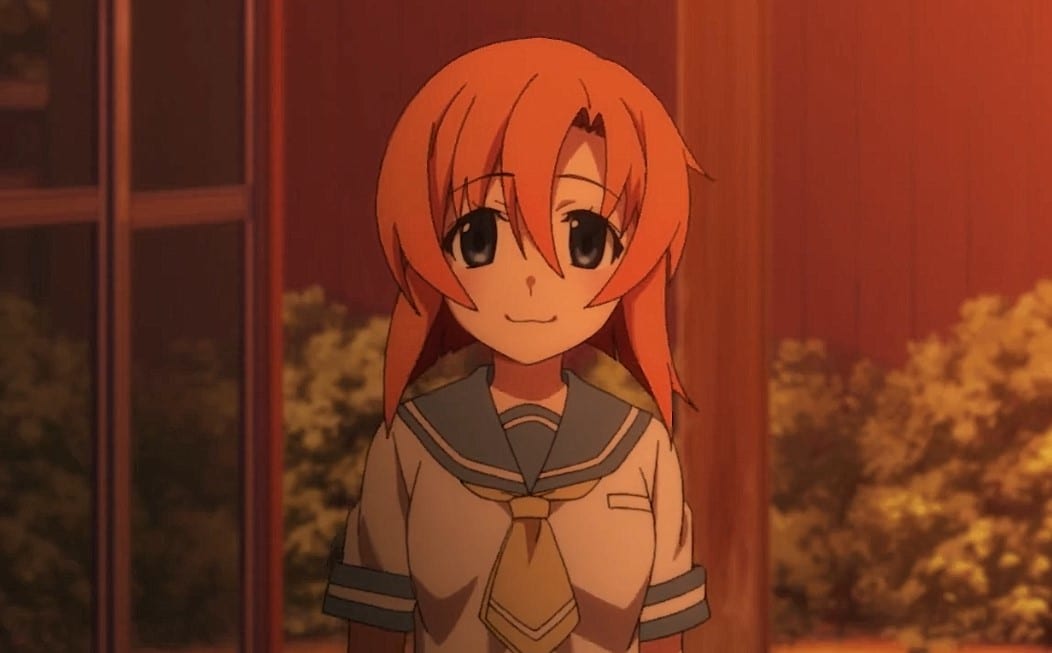 Rina told Rena that they wanted to meet her and Rena replies that she has been waiting for this moment. The two talked about helping each other to look for treasures. Rena went inside the house and came with stuff to help them dig the treasure. The two arrive at the location, and Rein gets scared when she talks with Rena, who didn’t respond.  Rena replies that the wind is blowing her ears, so she didn’t hear anything. They arrive at the entrance, and Rena told Rina not to tell anyone about her secret hideout.

Rina wanted to enter, but Rena told her to wait outside since she will bring all the tools from the store. Rena prepares her materials inside the hideout, but she gets surprised when Rina enters and praises her work. Rena reminds Rina that she told her to wait outside. Rina opens about her chelaship with Rena’s father and that Rena’s father is her customer a the club where they drink alcohol. Rena replies that she knows since her father always comes home with a smell of beer.

Rena realizes that Rina is servicing her father, and her father pays money and buys beers. Rina talked about being raised by a single parent and that she feels guilty for Rena’s father to come to the club and leave his daughter alone. Rena gets furious and chases Rina wielding a big blade. Rena cuts Rin’s neck and hides her somewhere. After a few weeks, Keiichi came with Rena, who keeps on diverting Keichi’s attention somewhere. The detective visits Rena, asking her about Rina, who disappeared.