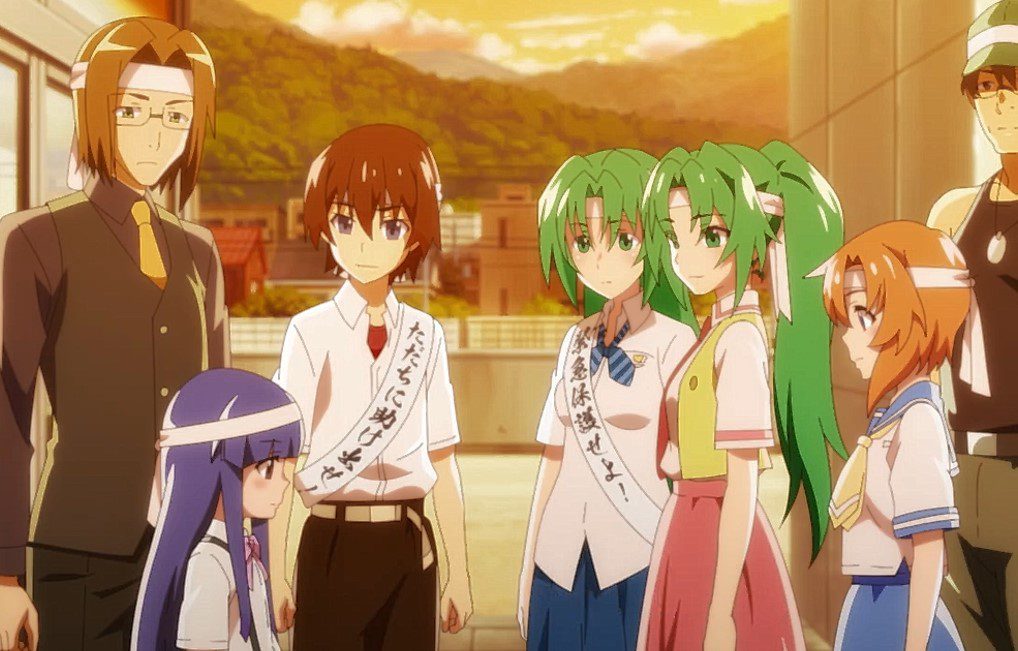 The detective sneaks at the Hojo Family and messes trying to mess with Tappei, Sakotoko’s uncle. Tappei and Satoko return and finds garbage everywhere near his yard. The two wonder who id that is, and Tappei gets angry. The detective thought that Tappei would punish Satoko. But Tappei hugged Satoko and told her that he loves his family and people want to hurt them. Meanwhile, Keichi and his friends arrive at CWS and organize a protest to help Satoko. Keichi told the citizens that Tappei is not fit to stay with Satoko. Tappei locked Satoko for a week, and he is abusing her every day.

Mion, Shio, Rena, and the citizens support Keichi’s statement. They realize that Tappei has abandoned Sakoto for a month, and now he is claiming to stay with her. The detective head to the junkyard and the Oyashiro Curse begins to take side effects. He begins to scratch his neck as the curse starts to trouble him. Keichi and Rika entered the CWS office and talked with the workers. They find that the higher-ups will monitor Satoko for months and take decisions.

Higurashi When They Cry SOTSU Episode 10

Mion and the others think that a month is too long since Satoko will be suffering. Shion comments that they told the citizens that they would come back tomorrow. Rena adds that she won’t give up no matter what since Satoko is previous to them. Rika told them to work together, and they will get through this. The detective heads to Watanagashi Festival Meeting in the evening and finds the OGs talking about the war that ended ages ago. Keichi is also inside talking with the village head that Tappei is abusing Satoko again. The village head believes that Satoko and Tappei have patched up. 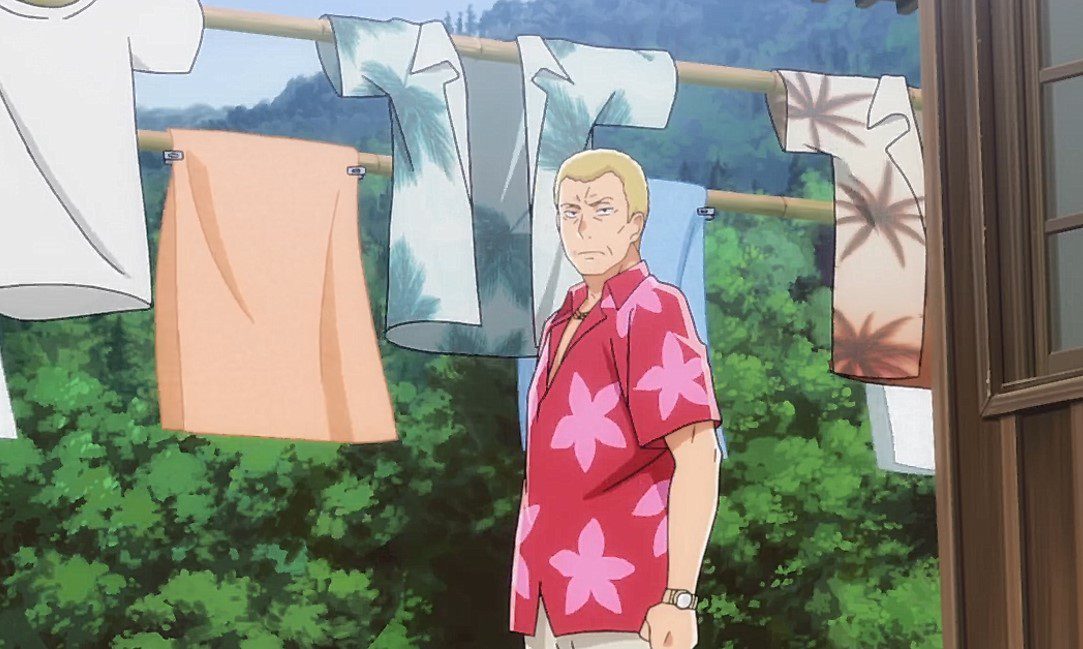 The detective told Keichi to present his case. Keichi comments that there are people who are afraid to help out the Hojo’s. The detective wonders if Keichi is doing the right thing since he has seen everything in the afternoon. Keichi’s friends believe him, and the detective thinks that it is Keichi who started this matter. The detective realizes that the Hojo Family is happy and nothing is happening with Satoko. Keichi believes he is helping but tearing Satoko away from her family without knowing what happened behind the scenes. The detective wonders how Keichi will react when he comes to see the truth.

The village uses the Hojo’s as an excuse, and the detective thinks that Keichi is beneficial for the culprits behind the curse. The next day they went to the CWS to make their complin heard quickly. The detective continues with his investigations with his sidekick. He thinks that Keichi will become a future Hinamizawa bigshot and told Kuma to befriend Keichi.  Satoko enjoys eating food that she cooked with her uncle and smiles that everything is going according to plan. The higher up took Keichi’s statement and promised to help them quickly. Satoko killed her uncle.

Where To Watch Higurashi When They Cry SOTSU Episode 11