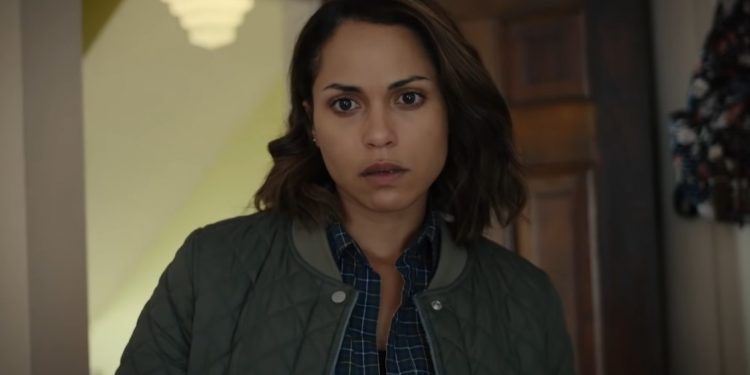 When is Hightown season 2 episode 11 dropping on Starz? Is the series over, or are we seeing another chapter for 2022? Also, if you’re not familiar with this show, Hightown is one of Starz’s hard-hitting programs. It goes about following the story of National Marine Fisheries agent Jackie Quiñones. Her life goes upside down after she finds a dead body, and her drug and booze-ridden life goes kaput.

After Jackie stumbles upon that corpse, she tries to get sober, but things get complicated. Because two police detectives trail the murder, these men are Ray Abruzzo and Alan Saintille. Additionally, that police duo will unravel a complicated web of drug trafficking in the region. Now without any further ado, let’s begin covering this topic here at Otakukart.

Hightown season 2 Episode 11 isn’t happening because the second season concluded with episode 10. Additionally, Episode 10 of Hightown, titled “Fool Me Twice,” was released on December 26, 2021. Moreover, this season’s episodes lasted one hour run time each. Lastly, in regards to the renewal status for a potential season 3 of Hightown, Starz hasn’t officially greenlit the show, but it is possible that they would make the announcement at any moment. When they do, we will post an update for you here at Otakukart.

Jackie’s attempts to avenge Junior’s death and establish herself as a cop with her new partner Leslie are the focus of the second season. Her efforts to restore normalcy are jeopardized by the deadly new drug in town, Great White. Meanwhile, despite his misfortunes, Ray makes every effort to return to the force. Daisy and Jorge die as a result of the bizarre turn of events. Charmaine is arrested near the end of the sophomore round. Furthermore, the investigation team discovers the buried bodies, which leads to Frankie’s arrest.

If the show is renewed, the third season could focus on the consequences of what happened to Frankie in season 2. As a result of Jorge’s death and Jackie and Alan’s efforts to clean up the town, Frankie may need to devise a new strategy to maintain his drug empire. On the other hand, Jackie and Alan are unlikely to be deterred from giving it their all. A third season could provide more insight into Ray’s life. Things could get interesting as long as Frankie poses a threat to him and Renee.

Where to Watch Hightown?

This episode’s title is “Fool Me Twice”. Jackie begins by assisting the forensic team in their investigation of Frankie’s pad. As the department realizes they have enough evidence to incriminate Frankie, the place is awash in bloodstains, especially when exposed to UV light. For the cops, Christmas has arrived early, and with Frankie in custody, it appears that the Cape is on the mend.

Renee comes in to see Frankie, who isn’t overjoyed to see her. She came to tell him she’s in love with Ray and plans to move in with him. Of course, she’ll let him see Frankie Jr., organize meets, and keep him as a father. Frankie, on the other hand, is fuming, attempting to get under Renee’s skin by accusing her of being used by Ray. He also promises that she will spend the rest of her life looking over her shoulder.

Is Ray able to reclaim his job?

She inquires about children as she returns to Ray’s. He’s excited about it, but he interrupts Renee and says he has to get back to work… just as she’s about to reveal she’s expecting a child. That, however, would necessitate her retracting her initial remark about him. Renee is initially upset, but she eventually comes around. Renee admits that Frankie is to blame for what happened to Ray in front of the Massachusetts board and embellishes, claiming that she had no choice but to lie to keep Frankie from having to kill her. As she admits Ray is completely innocent, she puts on a big show, complete with tears and a trembling voice.

Also Read: How To Watch Letterkenny Season 10? A New Drink And Competitions Taking Place This Season

Is Ray going to find out the truth about Renee?

Ray is assigned the unenviable task of informing Alan of his job loss. As you might expect, he doesn’t take it well. Alan has started working his way up through the ranks, and when he learns how Ray has clawed his way back to this position, he is furious. As a result, Ray goes in to see Frankie. He tries to get under Ray’s skin by pointing out that Renee has already murdered someone (Jorge) and that he has never met her. Not in the least. “Again, she played you for a chump!” As he walks away, Frankie scoffs.

Next, Ray approaches Jackie and invites her to join his New York task force. He also inquires about Jorge’s passing. She spills all the juicy details about the inconclusive crime scene and Frankie’s adamant denial that he killed Jorge. As Ray looks for answers, he goes to the gun shop, where he discovers Renee has come in and purchased a bullet. He connects the dots and deduces that Renee was the one who murdered Jorge. When Ray asks about it, she reveals that she’s pregnant instead of admitting it. Ray is taken aback, but he appears to be pleased. When he presses her for more information, she flatly lies and claims there isn’t any.

What happens at the end of Season 2 of Hightown?

In the midst of all of this, Jackie relapses, drinking once more and falling into a deep depression. When she calls Ray for assistance, he simply tells her to go inside and assures her that everything will work out. With her life spiraling out of control, Jackie returns to her father’s drug dealer, where she is invited to take drugs… and possibly more. Alan gets a call from Boston PD later that night. They’ve received information about Jamaican cleaning ladies burying a body – Jorge Cuevas’ body. Alan immediately goes to work gathering information because the man involved in the brawl works at Bayside Cleaners.