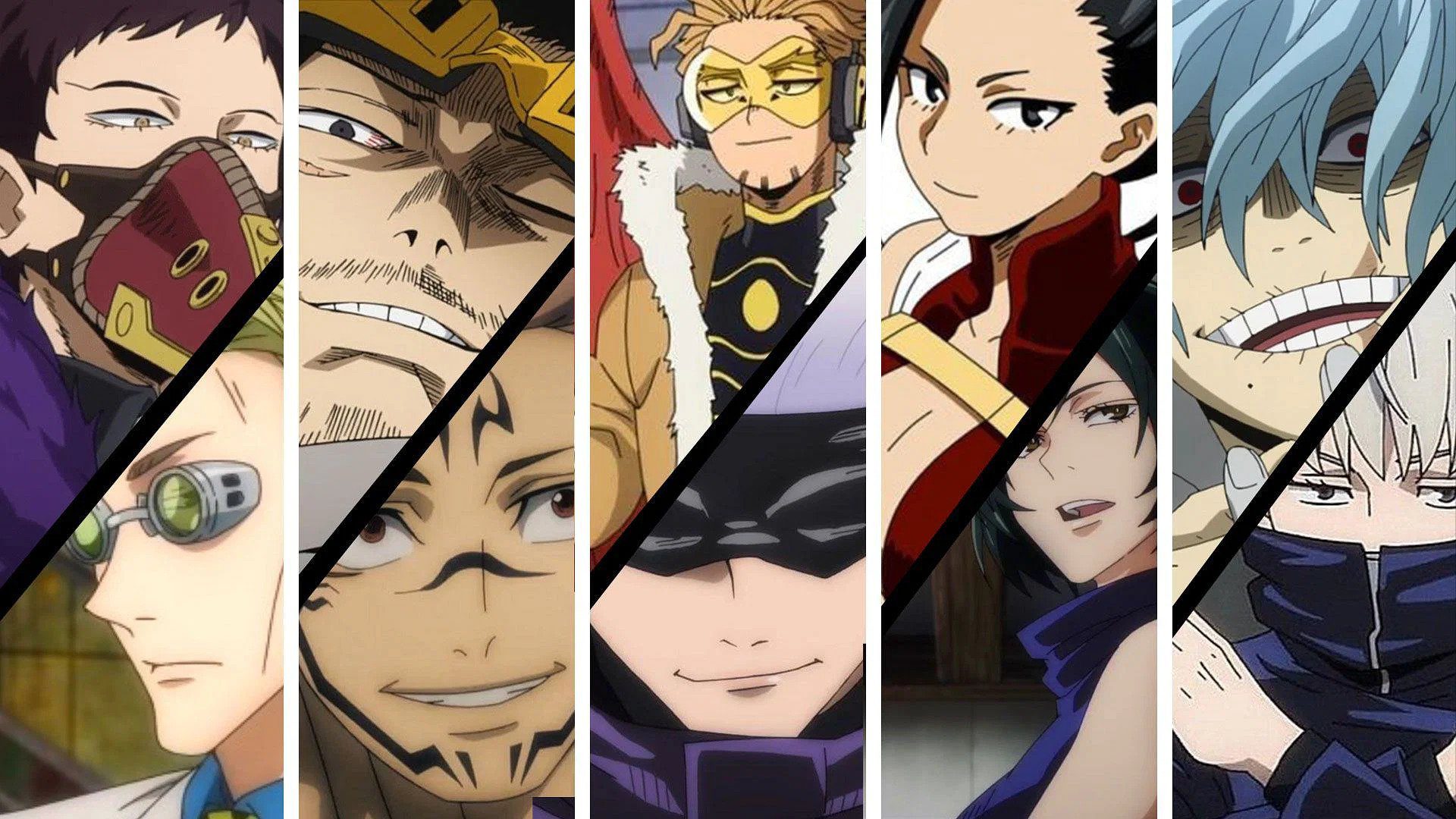 There is a reason behind why anime is most popular in its original, Japanese form and why watching English dubs is made fun of in the virtual weeb community. Voice acting is the soul of animation – the thing that gives a character life and personality and also delivers the message of the creation. Getting it right is a crucial factor, which is why voice actors are incredibly popular in Japan – they prioritize the action of putting human feeling into drawings. Some of the highest-paid anime Japanese voice actors even have their own fanclubs due to the popularity of the characters and the wide range they have.

Liking a character according to their voice is a thing – especially when it comes to anime. You might also be surprised if your favorite characters are voiced by the same person. For example, many people who loved Tamaki from Ouran High School fans find themselves loving Atsumu Miya from Haikyuu. Uncannily, they have similar personalities as well! Hence, you can see that voice acting is very important for 2D characters. So today, we bring you some of the most popular and highest paid anime Japanese voice actors in this year, 2022.

Masako Nozawa is a veteran voice actress who has been in the business since 1962. She has voiced a number of characters in her lifetime – and even if you may not know her, you will definitely know her voice as Doraemon or Guilmon. However, her most famous work up to date would probably be Dragon Ball, wherein she has been the voice of Goku, Gohan, and Goten as well!

In fact, Nozawa holds the 2 Guinness World Records for voice acting of the same character in a video game for the longest time at 23 years and 218 days. Her other works include being Morrison in Pokemon anime and Kitaro from Ge Ge No Kitaro. Having played Goku for so long, it would be impossible to imagine his voice as someone else’s – which makes Masako Nozawa as legendary as the characters she has played.

Being the most famous, long-running anime franchise, Dragon Ball Z voice actors have benefited from the show’s popularity. Ryo Horikawa, the voice of Vegeta, is also one of the highest-paid Japanese anime voice actors. Horikawa has been active since the year 1960 and has played a number of roles. 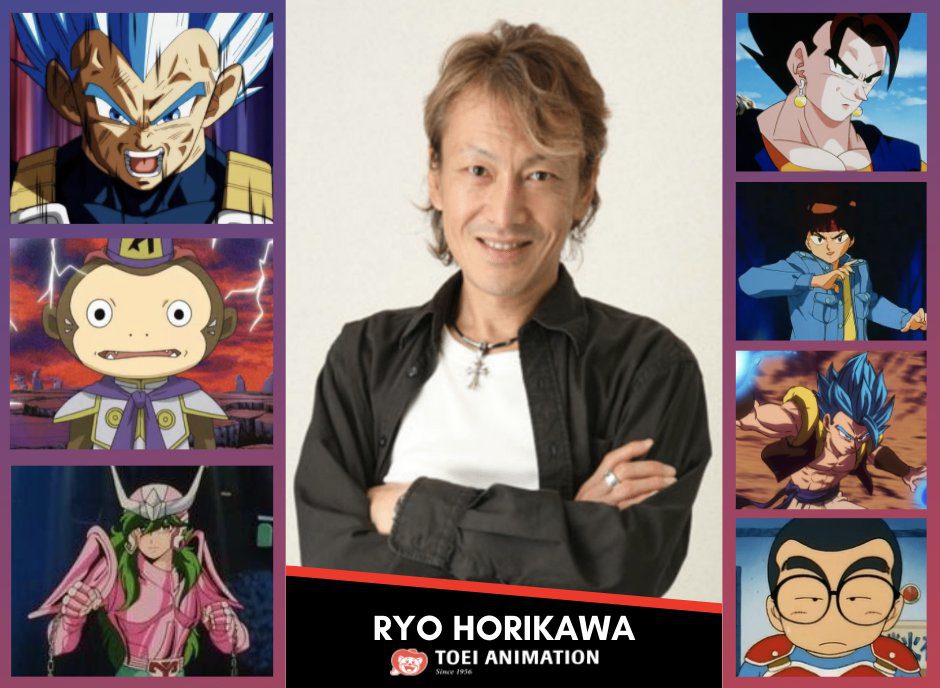 You may know him from his role as Reinhard in Legend of the Galactic Heroes, Andromeda Shun from Saint Seiya, or even in Detective Conan as Heiji Hatori. He has also played Vegeta for over thirty years now and has also lent his voice to other anime like Digimon and Pokemon.

Another popular voice actor is Masakazu Morita, who voiced one of the most beloved anime protagonists, Ichigo Kurosaki from Bleach. The 49-year-old actor has been active since 1995 and has worked for major franchises like One Piece, Sonic, Detective Conan, and even Dragon Ball, to name a few. 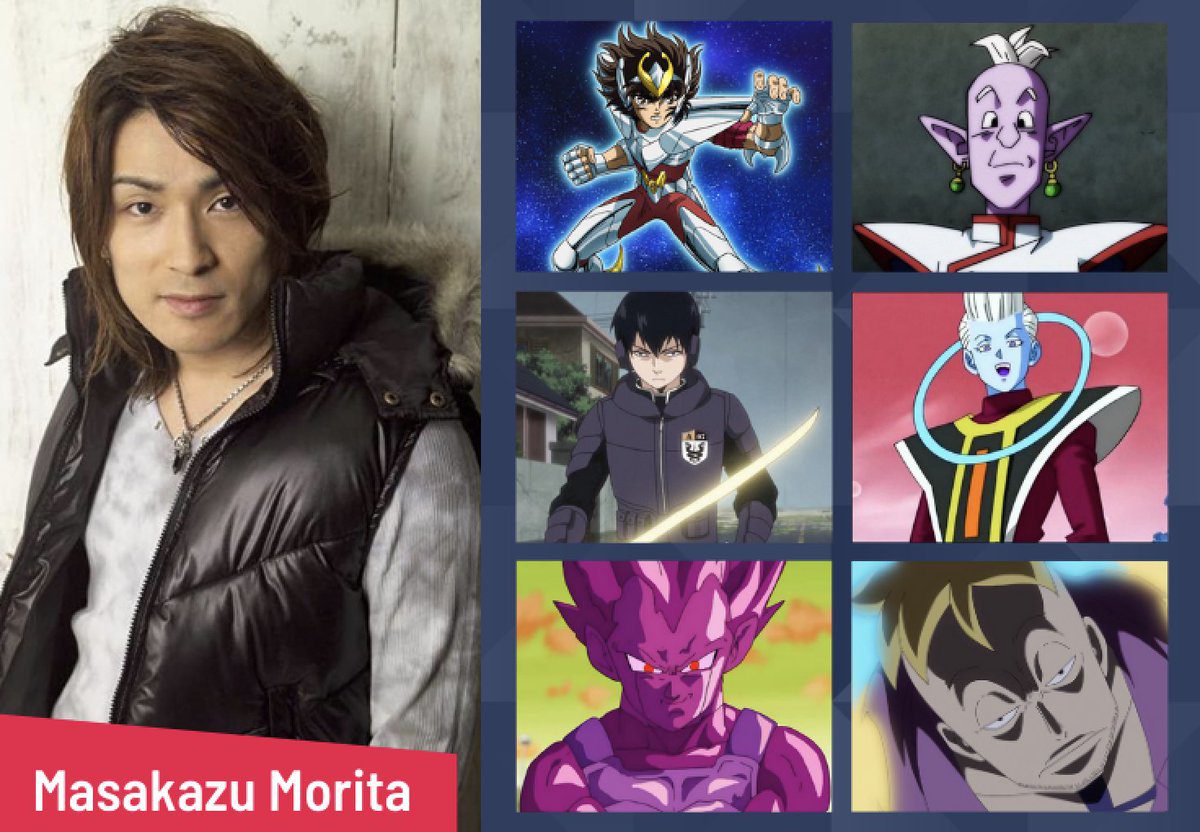 Morita is extremely popular as a voice actor and also won the “Best Rookie Actor: at the first Seiyu Awards. It is possible that you will find the voice of Masakazu Morita in many popular series, as his voice range goes from being the serious Tanba from Diamond No Ace to being the gentle and caring Thoma from Genshin Impact. Another interesting fact about Morita is that he is the official Japanese dub actor of Zac Efron.

Yuki Kaji is another popular voice actor whose name is well known by anime fans – mostly due to these characters, which are usually very popular. His voice is a unique category on its own and has given life to some of the most popular 2D boys. To name a few, Shouto from MHA, Ayato from Tokyo Ghoul, and most iconically, Eren Jeager from Attack on Titan. 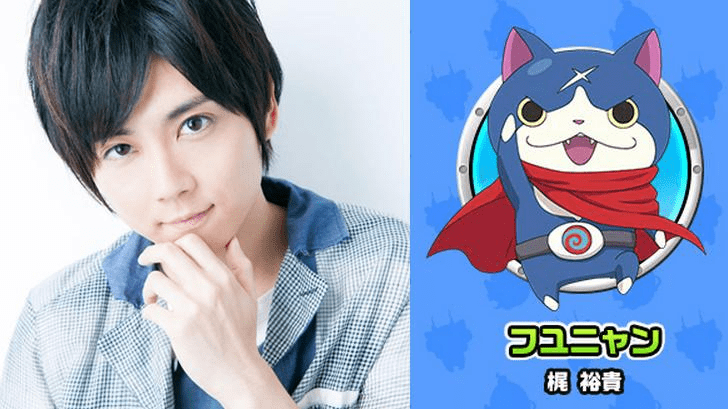 Kaji was part of a singing group called G.Addict before his voice acting career. Hence it is no wonder that his raspy and passionate voice adds soul to these powerful characters. Yuki Kaji has also been nominated for and won a number of Seiyu awards. His latest work will be playing Meliodas again in The Seven Deadly Sins: Grudge of Edinburgh.

Japanese voice actor, singer, and narrator, Hiroshi Kamiya, is also one of the highest-paid anime Japanese voice actors – most well known for his role as Trafalgar Law in One Piece. Kamiya’s voice is also well adored by fans of Levi Ackerman, who can recognize it by its unique sharpness of it. 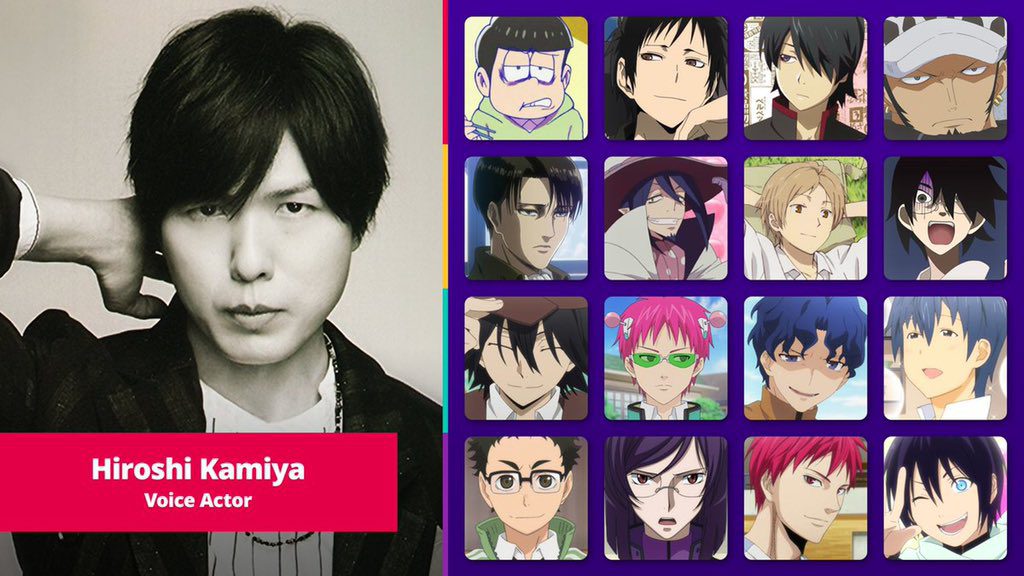 Kamiya has worked in other major anime as well, like being Saiki in Disastrous Life of Saiki Kusou, Choromatsu in Osomatsu Kun, Takeda sensei in Haikyuu, Akashi in Kuroko No Basuke, and Ranpo Edogawa in Bungou Stray Dogs. He has also won a number of Seiyu awards and also has an active radio show called Dear Girl: Stories that he hosts with fellow voice actor Daisuke Ono.

Megumi Hayashibara is a voice actress, singer, and radio personality, well known for her working in major franchises like Rei Ayanami in Neon Genesis Evangelion, Ai Haibara in Detective Conan, and Ranma Saotome in Cowboy Bebop. She has been active since 1986 and can be identified as the voice of Jessie in the Pokemon anime series as well. 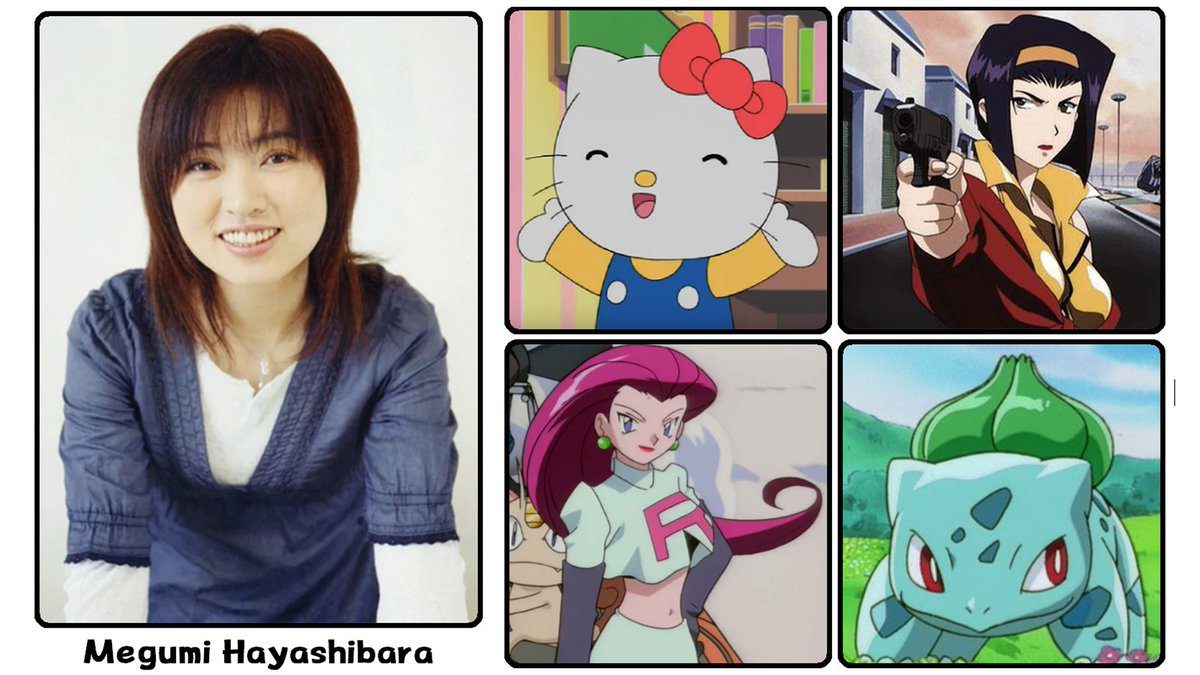 Hayashibara has also lent her voice to a number of movies, OVAs, and video games and has also sung for many anime opening themes like that of Shaman King. Her latest work was dubbing for Evangelion: 3.0+1.0, which was one of the highest-grossing anime films of 2021, and My Hero Academia: World Heroes Mission, wherein she plays Pino.

Voice actors are normally identified by the characters they play and the individuality of their voice, but Mamoru Miyano is an incredibly popular Seiyu who is widely known by many anime fans. This is mainly due to the fact that his voice is a great fit for handsome 2D men, and many compilations of his special ‘sexy voice’ have also went viral over the internet. 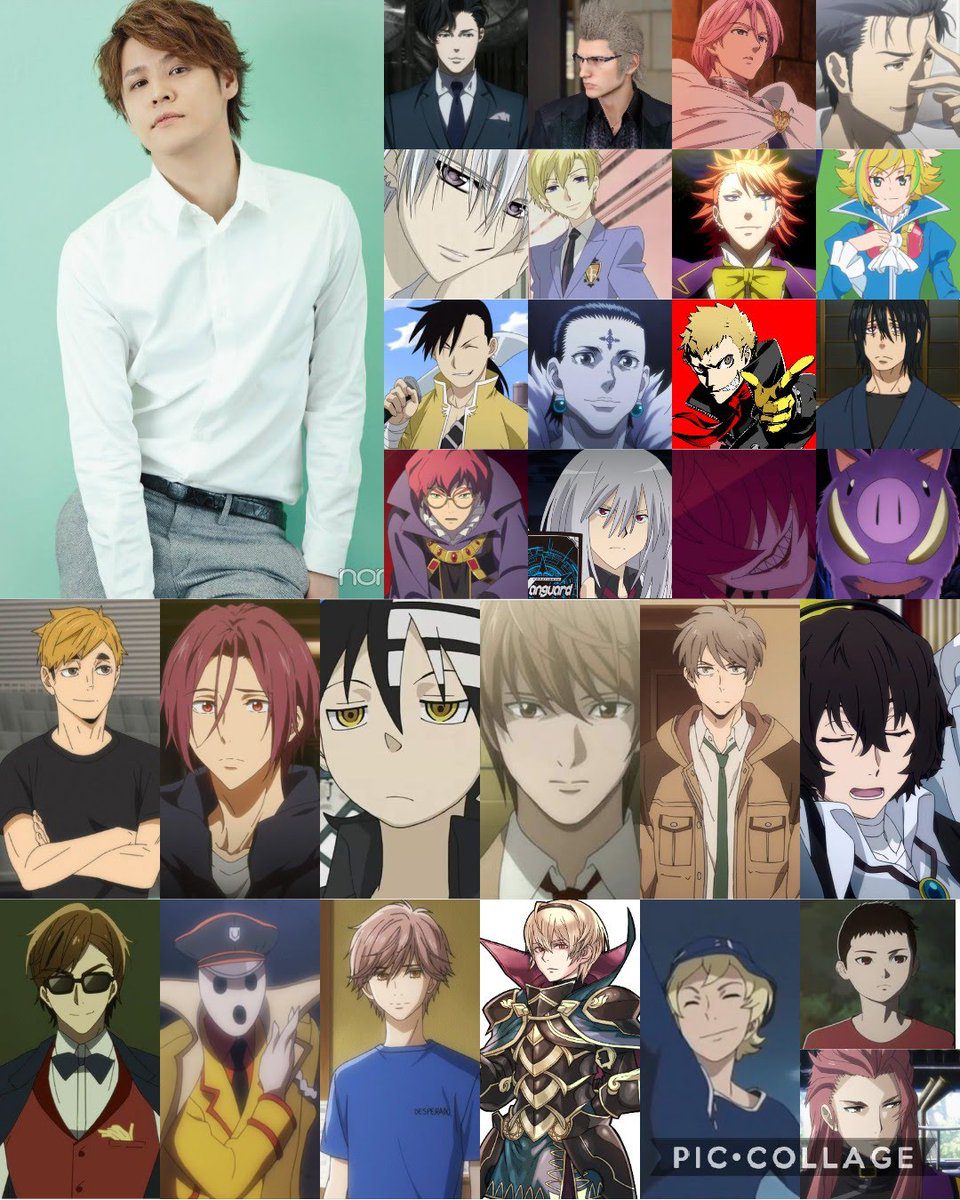 Miyano has voiced a number of popular anime men – from the dramatic Tamaki and double-faced Ling in the early 2000s to Dazai from Bungou Stray Dogs and Atsumu Miya in more recent times. Mamoru Miyano has won a number of Seiyu awards, and his career is full of the most notable names, making him one of the highest-paid Japanese anime voice actors.

Tatsuhisa Suzuki is a well-known voice actor, best known as the voice of Makoto Tachibana from free and Ban from Seven Deadly Sins. The actor is also the lead vocalist of the Japanese band OLCODEX and is also known for being the spouse of famous Japanese singer and lyricist LISA. 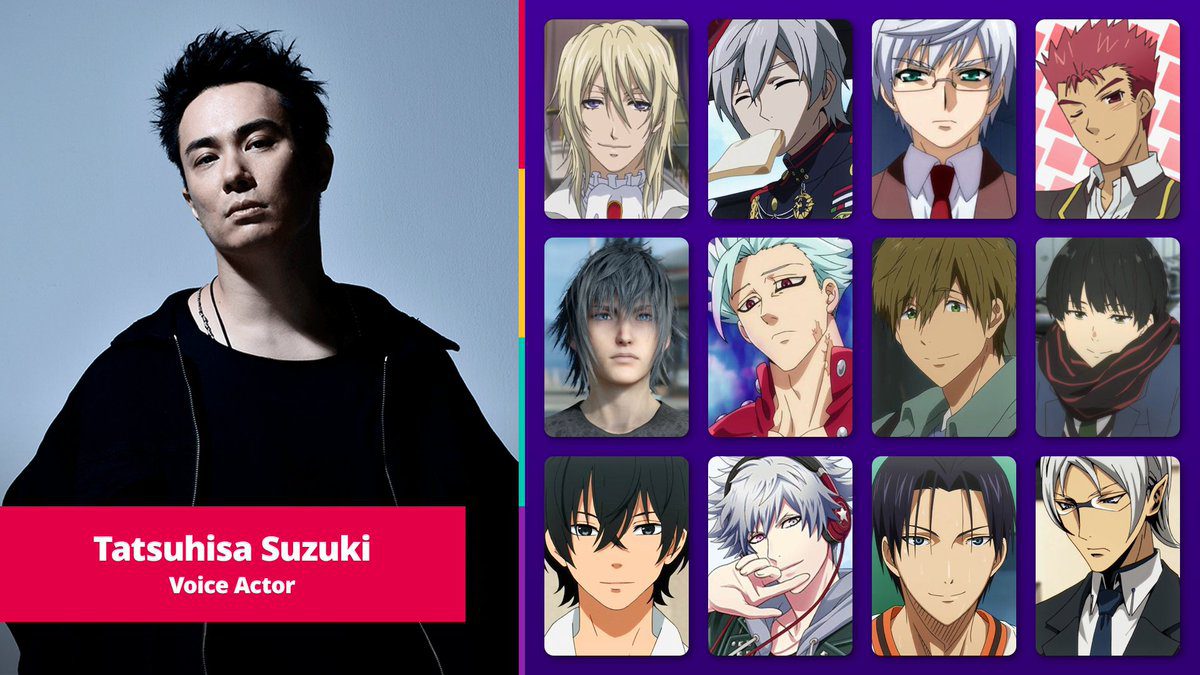 Other notable works by Suzuki are playing Shinya in Seraph of the End, Kazunari in Kuruko’s Basketball, and Masashi in Gintama. His name can be found in major anime works, and his latest popular work was playing Draken in Tokyo Revengers. Suzuki took a hiatus at the end of 2021 due to personal matters and has recently returned to his voice acting career for Free and Ultraman.

Kana Hanazawa is the voice of some very popular anime girls and a singer under the Aniplex/Sony Music Entertainment Japan label. Hanazawa’s most popular work would be playing the antagonist of Tokyo Ghoul, Rize Kamashiro, and more recently, Mitsuri Kanroji from Demon Slayer. 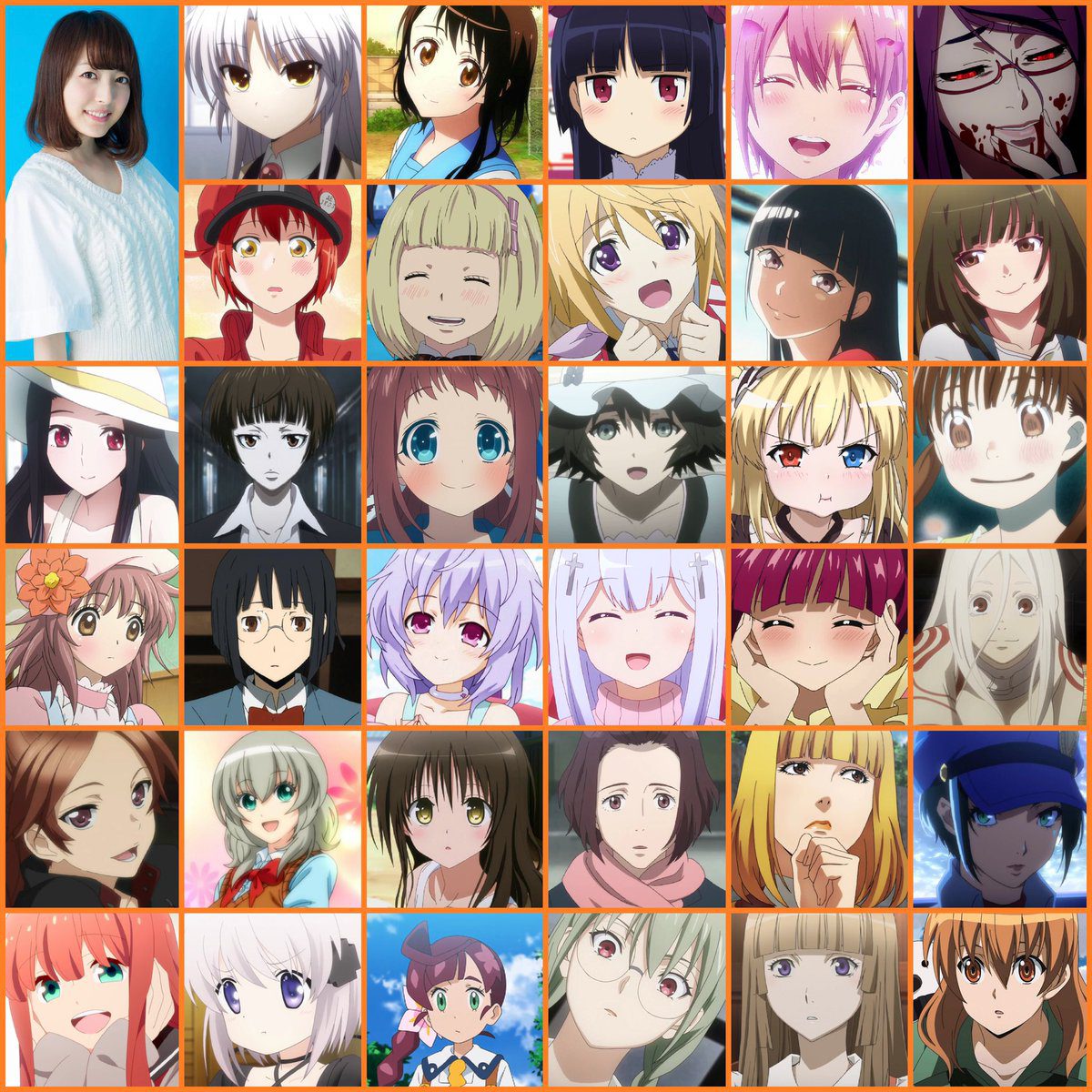 She has won a number of awards for her voice acting, including the Newtype Anime Awards for Best Voice Actress three times in the years 2015, 2017, and 2018. Her most recent popular work was played in Kiki in Love After World Domination and Ost Horai in The Rising of the Shield Hero 2.

Takahiro Suzuki is a Japanese voice actor, best known as the voice of Sasori in Naruto and Rohan Kishibe in Jojo’s Bizarre Adventures. He has worked in major other anime, OVAs, video games, and live actions, and his voice range goes from being the sketchy and funny Reigen from Mob Psycho to playing the cool and serious Uta from Tokyo Ghoul:re. 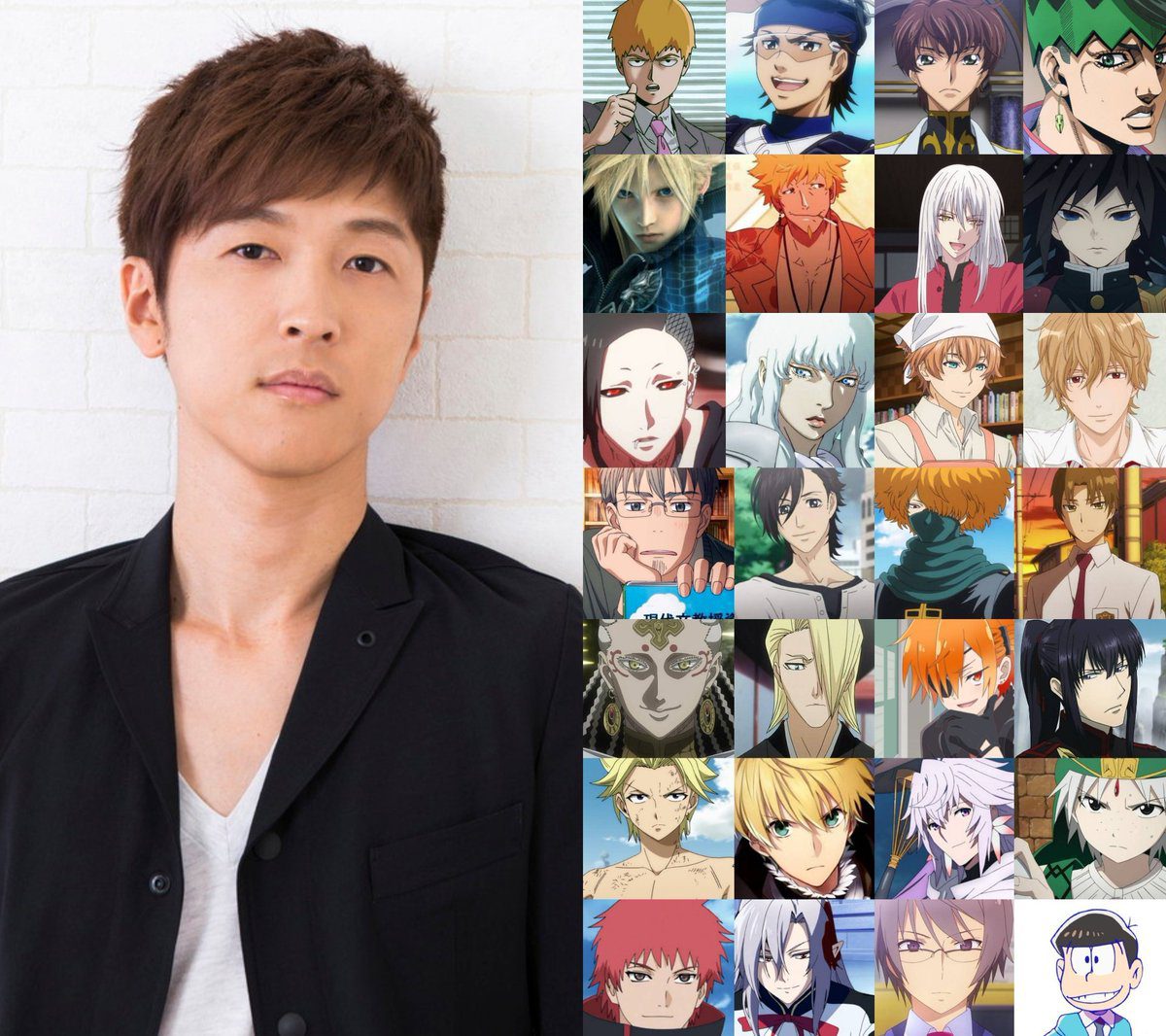 Sakurai has also lent his voice as Suguru Getou in Jujutsu Kaisen 0, which became the highest-grossing anime film of all time this year, making him one of the highest-paid Japanese voice actors.