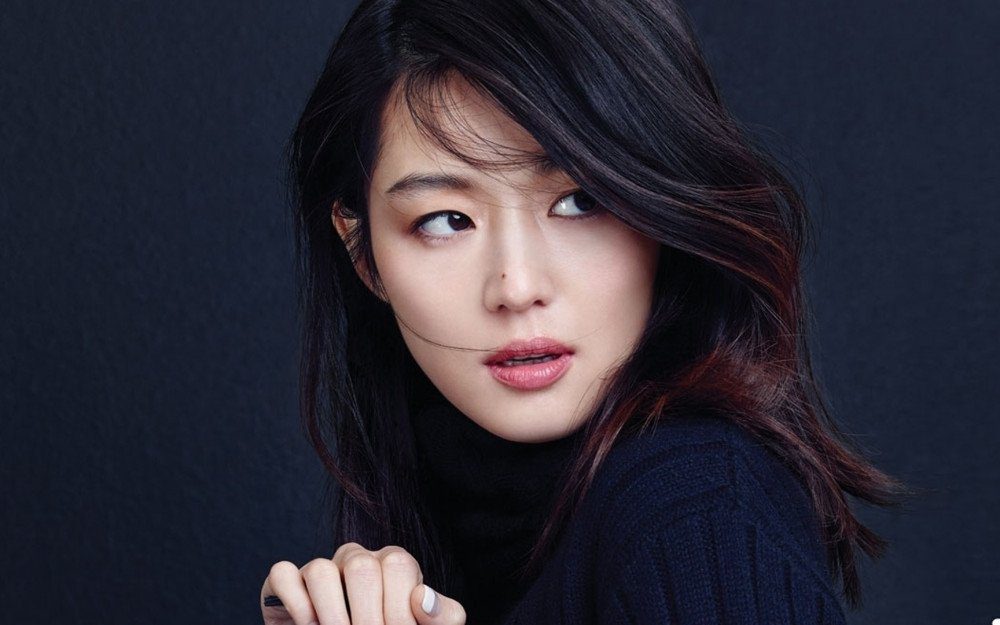 Jun Ji Hyun became the Highest earning South Korean celebrity in 2021.  And today, we will present you with the list of all the other stars joining the actress. We were all amazed by Jun Ji Hyun’s new victory, but many others made excellent figures. From idols to Kdrama actors, South Korean celebrities are making to the top lists with their accomplishments.

It was recently reported that Jun Ji Hyun, the nation’s actress and model, was the highest-paid celebrity in the Kdrama land this year. It is known to everyone that Jun Ji Hyun makes are appearances on the screen. But, they are indeed valuable. Her latest drama, Kingdom: Ashin Of The North, was a hit despite being a special episode. Furthermore, Jun Ji Hyun is also going to appear in a new Kdrama, Mount Jiri.

Apart from the actress, the list is joined by other Kdrama actors and other Korean celebrities. Hence, without wasting any longer, let’s tell you all about the Highest Earning South Korean Celebrities in 2021.

Jun Ji Hyun, Kim Soo Hyun, Song Hye Kyo, Yoo Jae-Suk, and others top the list. With Jun-Ji Hyun on the first spot, she is followed by her co-star Kim Soo Hyun. Song Hye Kyo and her ex-husband Song Joong Ki are also present on the list of the highest-paid celebrities in South Korea. But, how do they earn the big bucks?

Jun Ji Hyun, also known by her English name Gianna Jun, has become the highest-earning South Korean celebrity in 2021. Reportedly, the 39-year-old actress and model earned 17 Billion KRW in the year. Moreover, Jun Ji Hyun leads the way, and no one can reach her mark. For her dramas- My Love From The Star and The Legend Of The Blue Sea- she earned 100 Million KRW for each episode. The 2013 fantasy drama also starred Kim Soo Hyun, who stands at number 2 position. 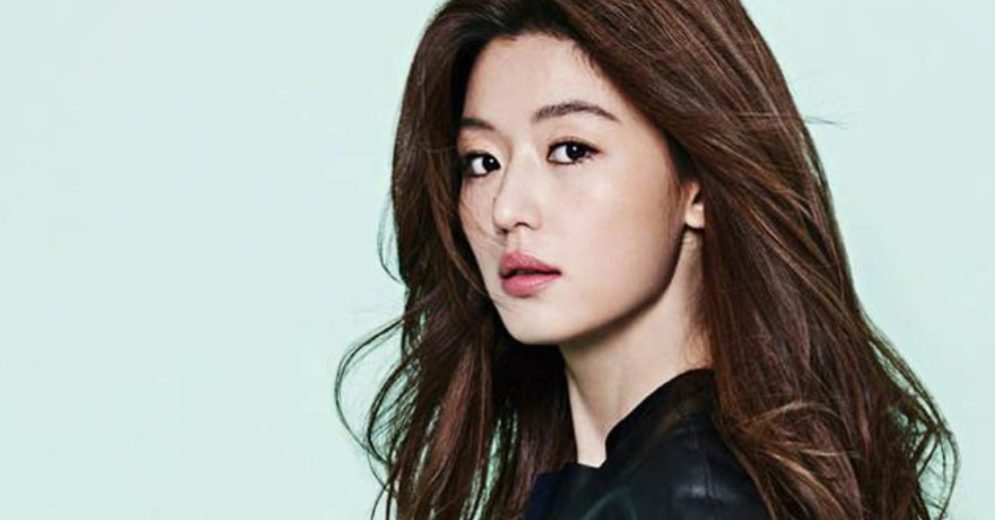 But, returning to Jun Ji Hyun, the actress has an impressive portfolio that lists top-notch dramas and movies. Her recent drama Kingdom: Ashin of The North, which came on Netflix, is a 90-minute extraordinary drama. However, it held power to entertain audiences globally without being a full-fledged drama.

Dramas and films are significant sources of Jun Ji Hyun’s income. Plus, the advertisements and endorsements of various mega brands contribute to her earnings. As per reports, The Sassy Girl actress earns 1 Billion won for her advertising ventures.

Her income will reach another mark as the actress is all set to dazzle in the new drama Mount Jiri.

On number 2, we have actor Kim Soo Hyun. Kim Soo Hyun and Jun Ji Hyun worked together as the main leads of the hit drama My Love From Other Star. The two stars have come a long way. While Jun Ji Hyun is known for her beautiful features and acting, Kim Soo Hyun has impressed fans with his natural and realistic acting.

The actor was recently seen in It’s Okay Not To Be Okay, which received love from people worldwide. Due to its availability on Netflix, the drama made Kim Soo Hyun a global star (as if he was not already). He earned 200 million won for one episode for the 2020 drama, and his income reflects this year. In 2021, Kim Soo Hyun gets the crown for the ‘Highest Earning South Korea Actor,’ with whopping earnings of 13 Billion KRW. 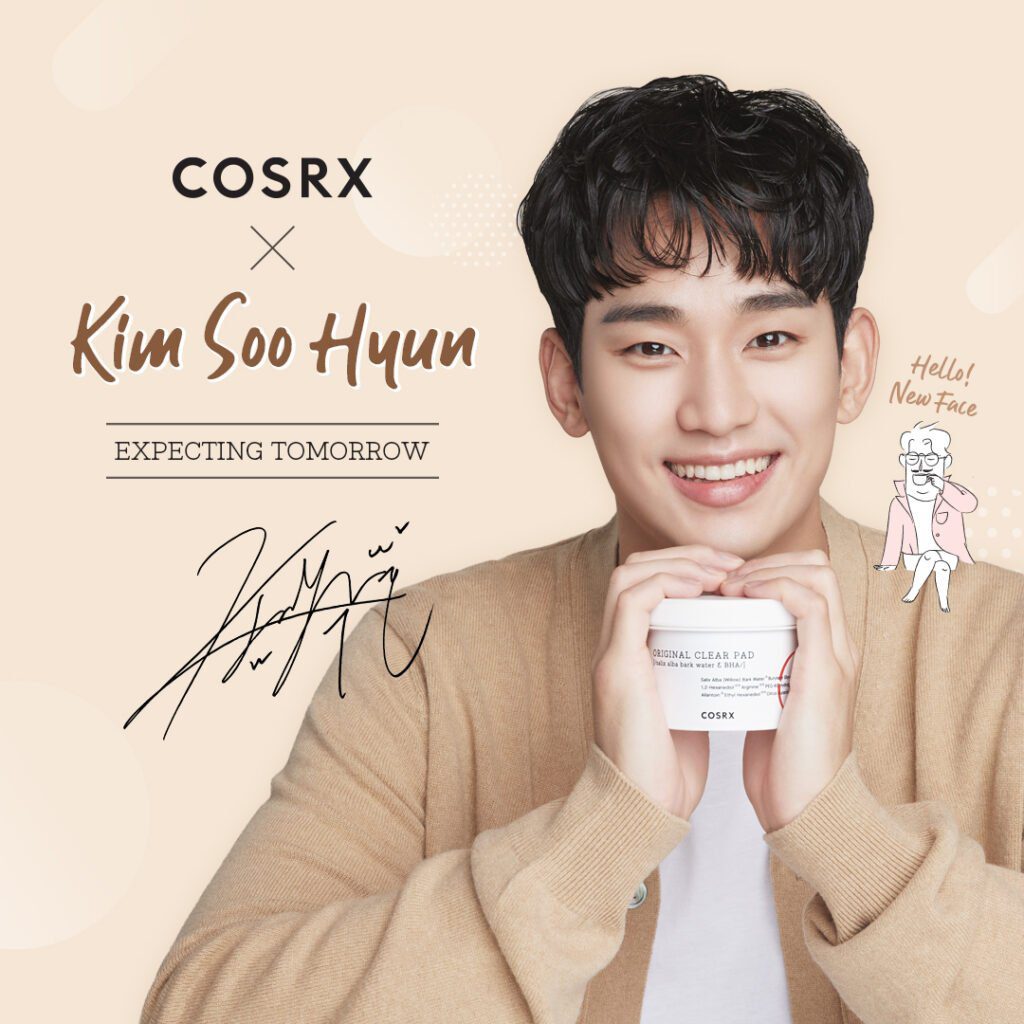 Soo-Hyun is currently working on his next project-remake of the BBC show, Criminal Justice. It is reported that he will be receiving 500 million KRW per episode. Hence, wait for the numbers to get high soon.

Fun Fact: The actor was paid KRW 520 million to appear on a Chinese TV show.

There is a reason why Yoo Jae Suk is known as the National MC. The Running Man star has been entertaining people for decades, and his incredible charisma is still impressive. As we mentioned, Yoo Jae Suk is still in the business, and his income is multiplying every other day. With his experience, he has already made quite a fortune for himself.

Kdrama fans know Yoo Jae Suk from Running Man, mainly because of his interactions and interviews with Kpop artists and actors. It is estimated that Jae Suk earns 10-20 million Won for each episode of Running Man. As per KBS, Yoo Jae Suk is entitled to receive 2.7 billion won this year. 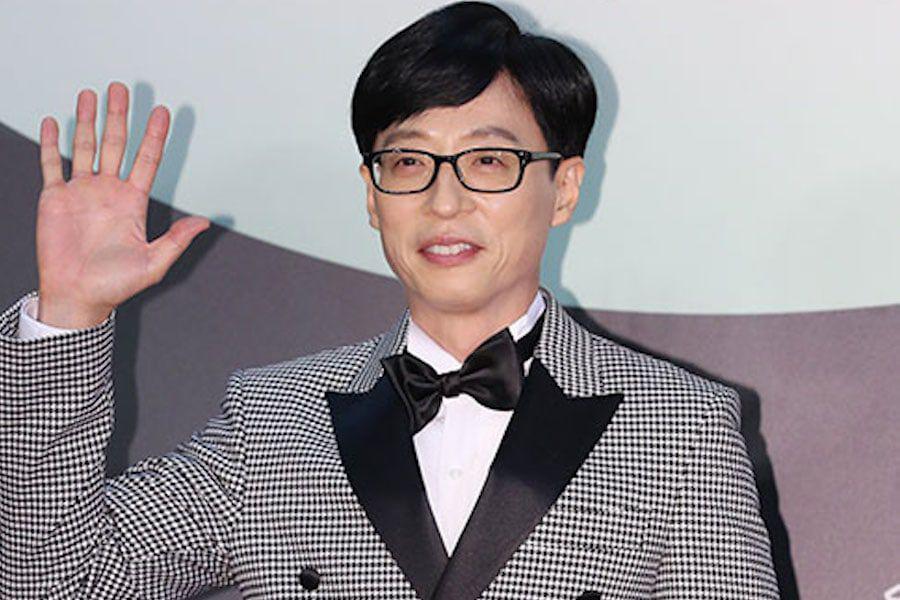 As for his Advertisements, Yoo Jae Suk received approximately 5.6 billion won this year. Furthermore, the MC has recently joined a new agency – Antenna- and it is reported that he was paid 10 billion won as a downpayment.

Next, we have Song Joong Ki, who recently grabbed all the attention for his role in tvN drama Vincenzo. The drama was undoubtedly a hit, but did you know Joong-Ki earned 200 million won for every episode? Apart from Vincenzo, Song Joong Ki received 180 million won for each episode he shot for Arthdal Chronicles. With both the dramas consisting of 18-20 episodes, we can quickly determine how much the actor added to his bank account. 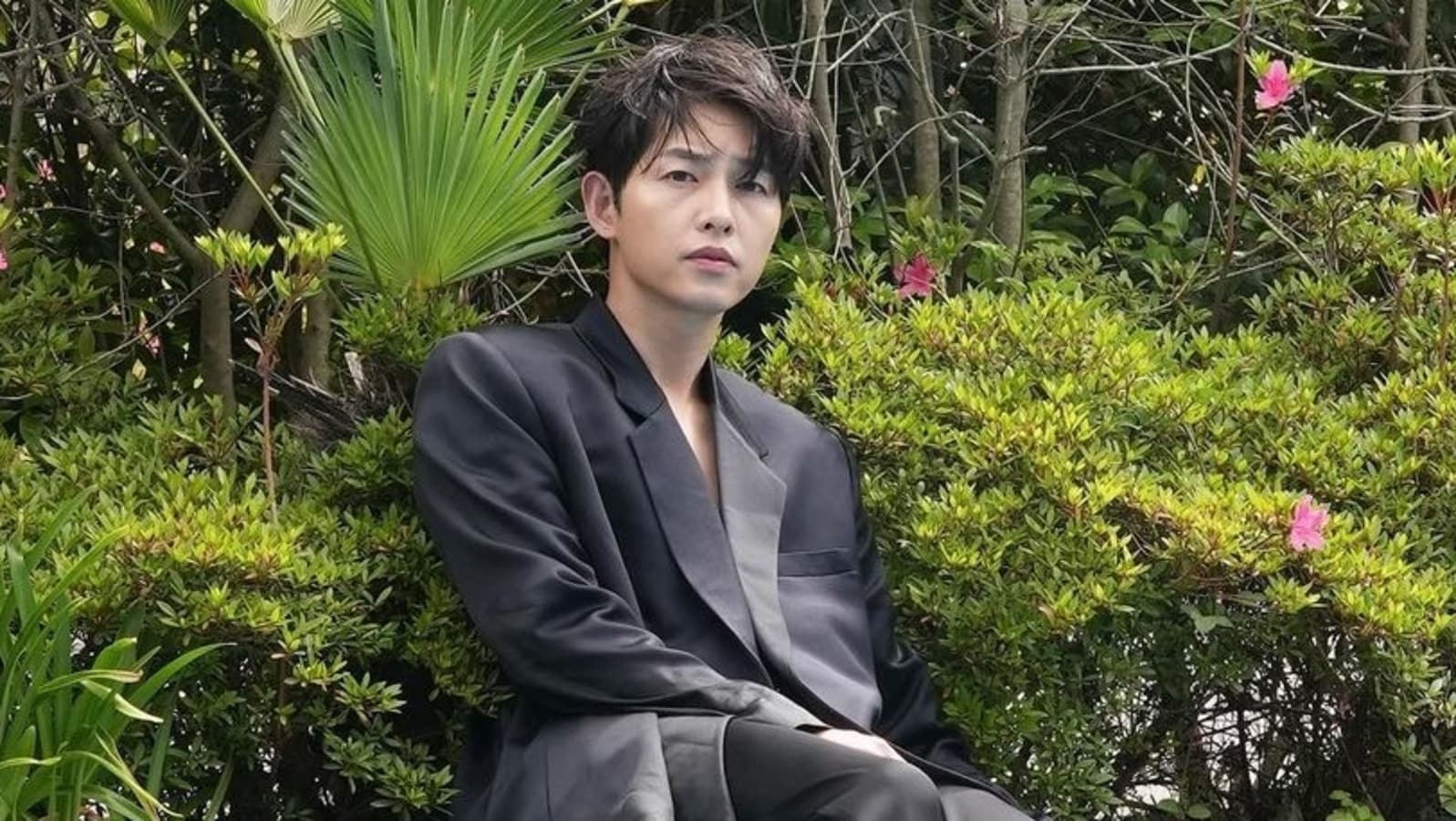 However, before these dramas, Joong-Ki already stole hearts with his character Captain Yoo Si Jin in Descendants of the Sun. The drama was a major success and also contributed to spreading the Hallyu Wave. Due to his 2016 drama, he signed many advertisements too.

Apparently, in 2021, Song Joong Ki’s advertisement or modeling fee stands at 1 Billion won. His income is set to increase with the release of his upcoming drama, The Youngest Son of Chaebol Family.

The Mouse actor is at number 5 with an average fee of 70 million won for each episode he stars in. But, the multi-talented South Korean star is more than just an actor. Seung-Gi is also a musician, show host and loves gaming. With his remarkable performances in dramas like A Korean Odyssey, Vegabond, and more. 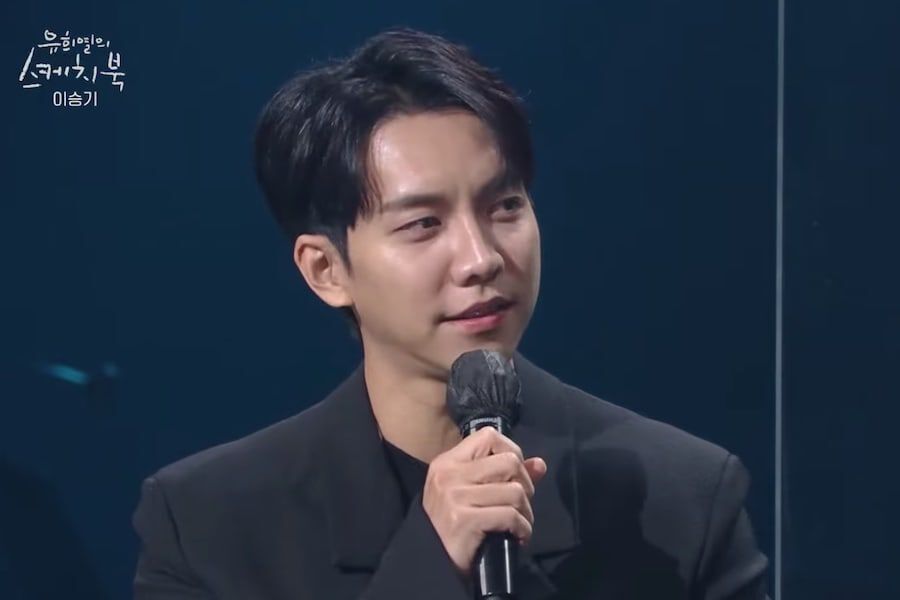 It is said that before he enlisted in the military, Seung-gi used to make 70 per episode. However, after his discharge, his payments were increased. During his time on Vegabond, the actor earned 100 million won for each episode. The actor recently gained immense love for his performance in the psychological thriller Mouse.

Just like Yoo Jae Suk, Shin Dong Yup is famous for his hosting skills. You might remember him from the 57th Baeksang Arts Awards. But, if you still don’t know him, you can watch the 13 other shows he is a part of. The 50-year-old entertainer reportedly gets 10-20 million won per episode. Furthermore, his attendance in 13 different shows will surely bring hefty paychecks. It is estimated that the MC will receive a total of 5 billion won this year. 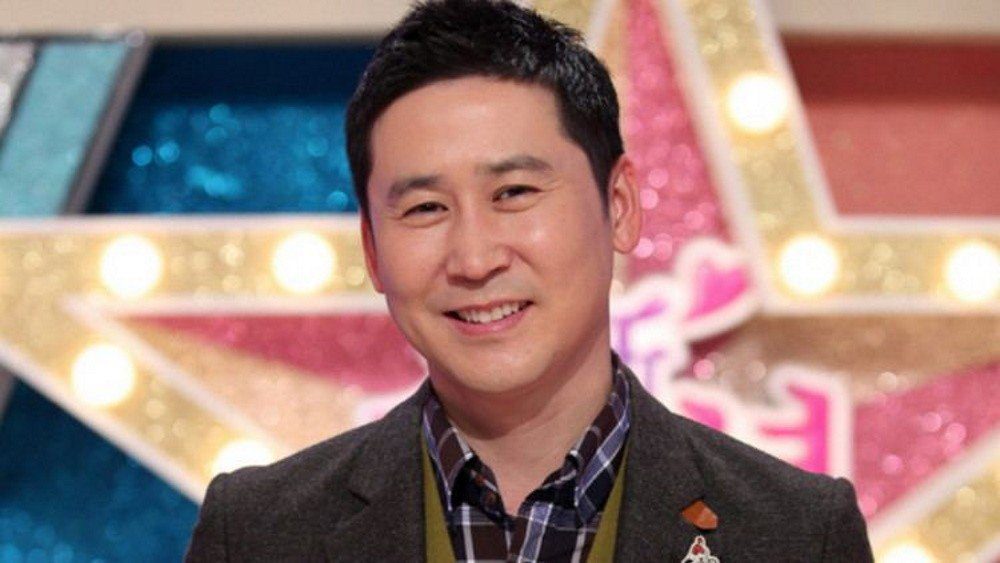 Song Hye Kyo is another Hallyu actress who can outsell everything she advertises due to her influence power. Therefore, she is a favorite of many brands. And, hence, her income this year totals to a whopping 4 billion won.

Song Hye-Kyo is the ex-wife of her Descendants of the Sun co-star Song Joong Ki. Just like her ex-husband, Song Hye-Kyo earned uncountable love and popularity, which helped her increase her position in the industry. According to reports, she made 960 million won for her appearance in the 2016 hit drama. 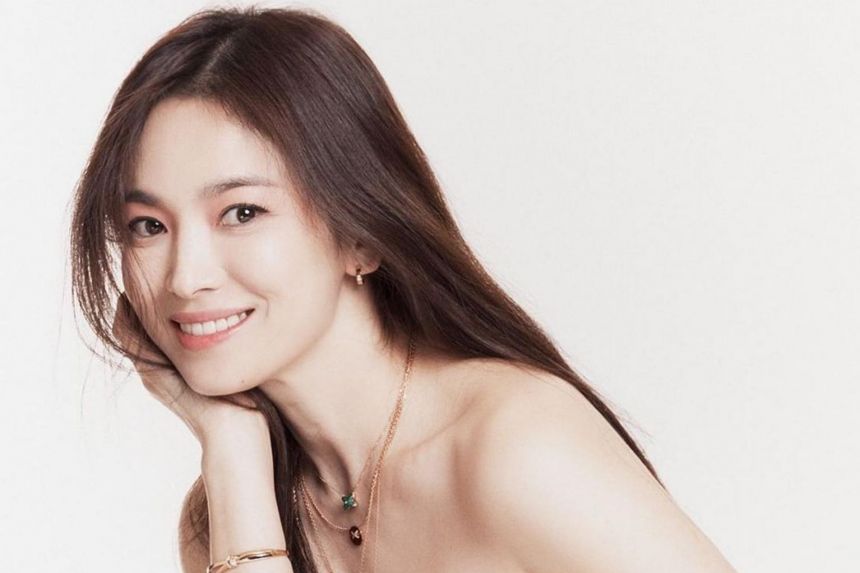 As of today, she makes 500 million won for every Instagram post she adds to her account. Meanwhile, her endorsement fee is priced at 900 million won. Now, with many more upcoming projects, we can see her revenue increasing soon.

Song Hae is at the end of the Highest Earning South Korean celebrities in the 2021 list. The 94-year-old passionate and full-of-energy Veteran TV host, Song Hae. Although he is the oldest of all on the list, he is still booming in entertaining the audience. Song Hae has been hosting National Singing Contest for 31 years now, and we hope to see him in the coming years.

In 2008, he deposited 144 million won into his savings accounts from the TV shows he had appeared in. Furthermore, in 2012, he was selected as the endorser of a bank, which provided him with a 300 million won cheque.

These are the top 8 Highest Earning South Korean celebrities of 2021. But, with rising love for Kpop and Kdrama, we can see more celebs joining the list next year.