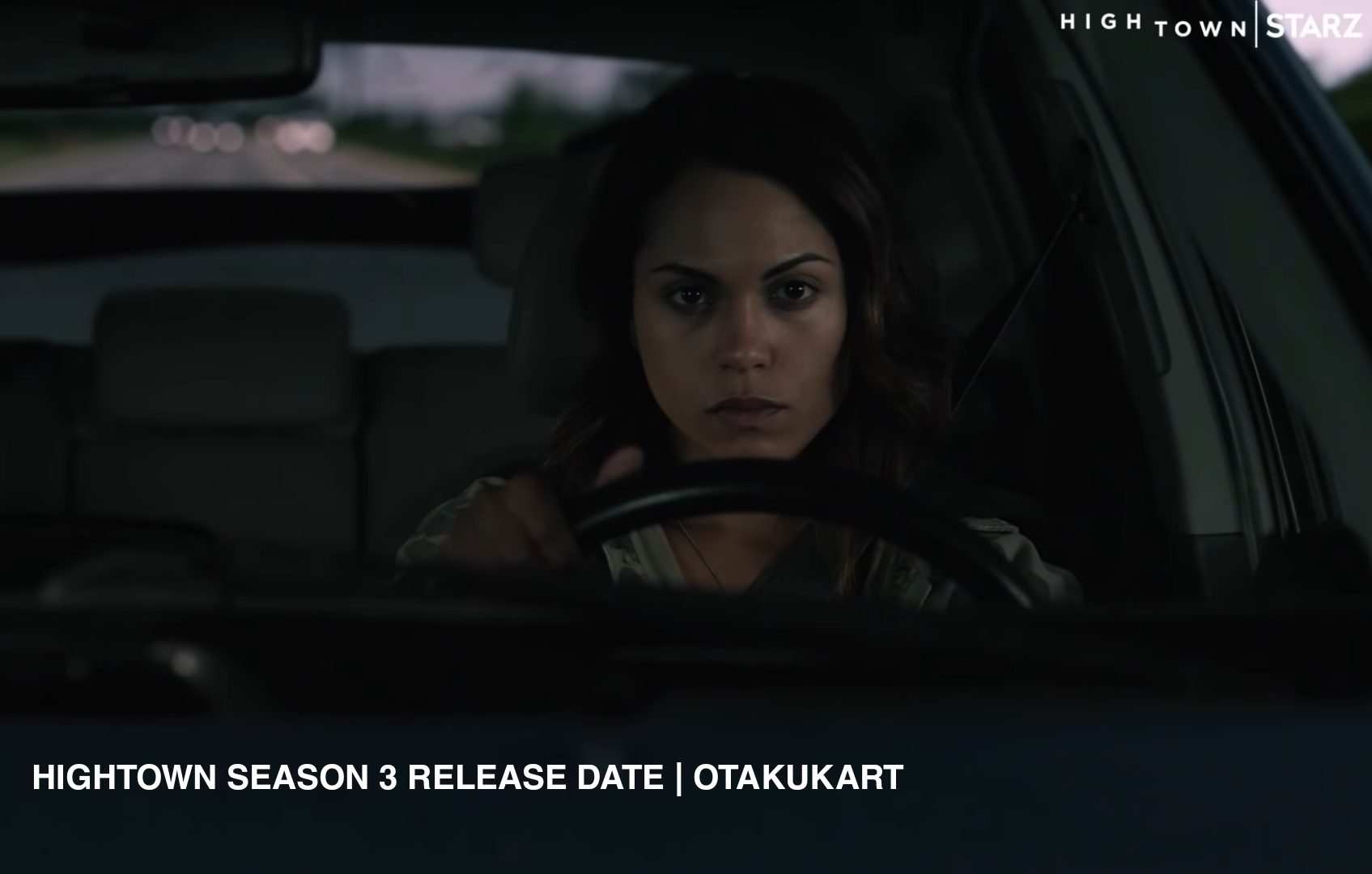 The pandemic has dragged us to a tough situation, and to keep us entertained, several programs and movies are available on online platforms. Hightown is surely a part of it. This American crime drama garnered maximum attention from its viewers. The first season came up with its release in May 2020. Because of its increasing popularity, fans were desperately waiting for the second season. Since the show received a lot of recognition, the creators came up with it as well. Even though they released the new season recently in October 2021, fans are already looking forward to knowing more about the release date of Hightown Season 3.

They came up with enthralling concepts for their show, and this has been appreciated by the crime genre fans. And this, in turn, creates a lot of excitement in the minds of the people. Every episode makes you wanting for more. And none of the episodes will disappoint you. The first season had around eight episodes in total. In comparison, the second season is all set to entice their fans to desperately wait for all the ten episodes to release. It seems there are certain rumors about season 3 of Hightown. Fans believe that the show has been canceled for any further season.

When it comes to the first season, fans were generally interested in their concepts. But certain angles to the story created a huge void in the drama’s views. But the creators made sure that all the unnecessary plotlines were removed completely. So, gradually, Hightown started gaining massive fame. The story revolves around our main character Jackie Quiñones portrayed by Monica Raymund. She is a National Marine Fisheries Service Agent. Moreover, she majorly directs her focus on all the murder cases that she has to solve. Upon which, she also comes across the murder case of Sherry Henry.

Moreover, our main character is under the heavy influence of alcohol and drugs. She spent most of her time at the drug rehab centre. And Sherry’s murder case was always on the back of her mind. But by the time beginning of the second season, Jackie overcame her addictions and gave up on her old self. The new Jackie was all set to give a huge comeback with her career as a fisheries agent. Although some events dragged her into distress and she is still trying to cope up with it. This also includes the death of Junior.

Also Read: Who Is The Man Emma And Christine Both Dated? – Selling Sunset Season 4

Amidst all this, Jackie has to gain control over her mind, and now her main aim is to get vengeance on the murderers of Junior and become a successful officer. While she’s all set to get new cases, Jackie finds a new partner Leslie, and both of them connect well while they work together efficiently. People highly appreciate her serenity and patience as she overcame her drug addiction. Moreover, Jackie has to contribute her time and mind to solve critical murder investigations too. As of now, the 7th episode is premiered on December 5, 2021. Moreover, the last episode will release on December 26, 2021.

Well, speaking about the release date of Hightown Season 3, the show didn’t receive much ratings in the first season because of its unexpected and draggy storyline. But, it started receiving prominent ratings after a few episodes surfaced on the internet. Moreover, because of its popularity, the creators of Hightown came up with the second season as soon as possible. The ratings for this series rose insanely high after this. Moreover, with each season, the characters grew individually, and to be more precise, the writers are dragging Jackie’s storyline.

So many fans are desperately waiting to know more about Jackie’s future endeavors. Recently, she started taking medications for her addiction, and finally, the National Marines Officer is all set to get back on track. If there’s going to be a Season 3 of Hightown, it will cover up major points related to Jackie’s spiritual growth. Rebecca Cutter is the creator of this series. And there’s no official confirmation from any of the creators yet.

Also Read: Only Murders in The Building Season 2: Renewal Updates

As of now, they’re focusing more on the current series of Hightown. But looking at the last few episodes of the show, it feels like Jackie will have more to her story. And this isn’t the end yet. Fans were already disappointed with the first season’s ending. Moreover, viewers never appreciate a cliffhanger. Because it makes you long for more. It seems like the second season will end in the same way as well. So, the viewers can expect a lot of new and unexplained series of events from the upcoming season.

Where To Watch Hightown Season 1 & 2?

Hightown season 1 and season 2 are available on the official platform of Starz. You can watch it after you’ve successfully subscribed to their platform and membership. Moreover, the episodes of this series premiere every Sunday at 9 pm ET/PT. Well, the timing of these episodes can differ according to the main content providers. The timeline of these episodes ranges from 55 to 60 minutes. Even the recent episode of Hightown season 2 has the same duration. The viewership ratings went on increasing with every episode. Thus, many fans became very impatient and defensive with their claims.

Moreover, the fans were extremely distressed to know about all the recent revelations of Jackie. The second season has created massive excitement amongst their fans because they’ve been covering up all the important aspects of Jackie’s life. Episode 6 of season 2 revealed a lot of new problems that Jackie has to face. It seems like this is going to be a huge challenge for her. The best part about this would be Jackie’s character. According to the story, Jackie is clear with her sexual orientation. Moreover, even Rafael revealed the fact that he is being very supportive towards her.

Also Read: Briarpatch Season 2: Everything We Know About The Renewal Status

Monica Maria Raymund is a popular American Actress, and she became popular through a crime drama titled ‘Lie To Me’. Over these years, she has been a part of multiple crime and legal dramas. And she’s been a talented performer from a very young age. Her specialties included different theatrical acts.

Riley is a very popular actress. She’s been a part of many American dramas. The main reason behind her massive popularity would be her role as Freya Mikaelson in the popular dramas The Originals and Legacies. Apart from this, Riley has been a part of many other dramas like The American Horror Story and The Newsroom.

Atkins wanted to be a professional actor from a very young age, so he tried his best to attain his dreams through various versatile roles, which ranged from different acting genres. Moreover, he was always recognized for his talents. Atkins received massive popularity and critical acclamation for his role in the Hightown crime drama series.

James is a popular American actor, and he’s very popular for his versatility and acting endeavors. He is very famous for depicting complex characters throughout the whole career of his life. James has been part of many popular movies like 13 hours and The Departed. Moreover, he has acted in several projects that are related to Fox dramas. He garnered fame for his roles in CSI: Miami and CSI: NY.

Apart from being a popular actor, Amaury is famous for his talents as a producer as well. He rose to popularity as a Puerto Rican actor and producer. Just like all the other actors from this series, Amaury has been a part of several Fox television dramas. To be more precise, he became successful with his role in the popular drama Prison Break. Little did you know that he has acted in the popular movie Transformers.

Shane Harper is a popular American actor. Apart from this, he is also a talented songwriter and singer. Over these years, he has been a part of several programs like Good Luck Charlie and Wizards of Waverly Place. Gradually he made his way into CBS dramas. Because of his versatility, he represented himself in several dramas and movies.

Dohn Norwood is a popular American actor. He is primarily known for his television roles. Over these years, he has been a part of several popular dramas like Hell On Wheels and The Sinner. As of now, he is portraying the role of a state police officer who mainly focuses on the Narcotics Unit.