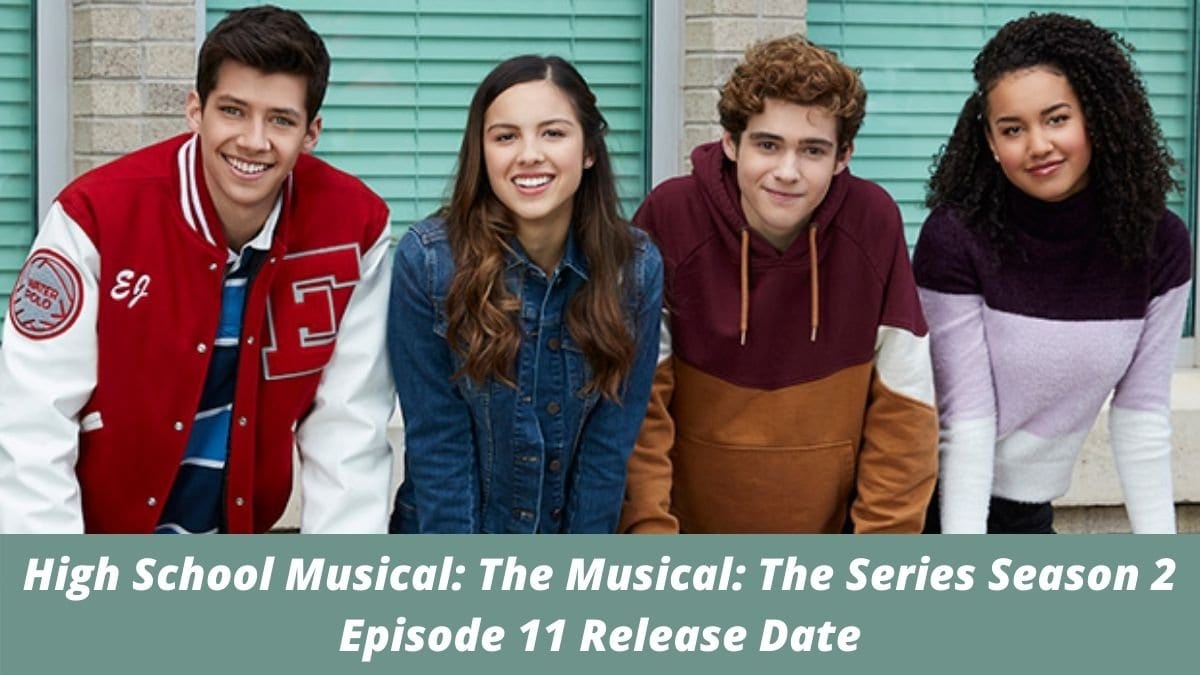 High School Musical: The Musical: The Series is an American musical drama that has gained a huge fan following within a very short period of time. It is a Disney Plus original series and also one of the most successful series for this platform. All this is because of the amazing and dramatic storyline that has attracted millions of viewers throughout the globe, along with a superb performance by the star cast.

This series features Olivia Rodrigo, Matt Cornett, Joshua Bassett, Sofia Wylie, Frankie Rodriguez, Julia Lester, Dara Renee, and Larry Saperstein in the main roles. Tim Federle is the mastermind behind this series as he is the creator as well as the director of this series. As you all know, the second season of this series is going on a great note. Till now, 10 amazing episodes have been released, and now it’s time for episode 11. Here are all the updates about episode 11 that you should be aware of.

High School Musical: The Musical: The Series Season 2 Episode 11 will release on July 23, 2021, and is titled “Showtime.” This season is going on great and is receiving an amazing response globally. All the 10 episodes that have aired till now were really mind-blowing. Now, it’s time for episode 12 that is going to be the second last episode of this season. Yes, you read it right, season 2 has almost reached its end, and it is soon going to end for you all. But, the excitement shouldn’t reduce, and some more seasons are lined up that will soon hit your screens.

Now, we have also got some amazing spoilers from this episode that you should definitely have a look at. In this episode, you will witness that it will be the opening night. Nini will hype up all her anxious cast-mates for their amazing performance in front of the judges. As you all know, no East High opening night is ever complete without second chances, unexpected visitors, and some big decisions about everyone’s future. The same is going to happen on this opening night, and everything will be worth watching for you all.

This episode was titled “The Transformation,” and it was released on July 16, 2021. Joanna Kerns was the director, and Jessica Leventhal was the writer of this episode. In this episode, two weeks before the opening night, rehearsals for the Beast’s transformation scene proved as a fail, and everything was chaotic. After that, the entire cast broke into small and separate sleepovers to discover some ideas. Meanwhile, Seb felt insecure in his relationship after Carlos returned from his vacation. At that time, Rickey gave some really great advice to Carlos.

Ricky helped Carlos in writing and performing a song for Seb to address the feelings and to remove the insecurities in their relationship. Gina and E.J. went on a date to spend some quality time together. Meanwhile, after obtaining the technical plans, all the students entered the auditorium. They organized all the wires elevation, Ricky, into the air. But due to some issues, the rope stretched and broke, and Ricky falls to the ground badly. These were the major events that took place in episode 10 of this series, making it really entertaining for all.

90 Day Fiance Happily Ever After Season 6 Episode 12: A Look At The Couples

On The Verge of Insanity Episode 9: Release Date & Preview