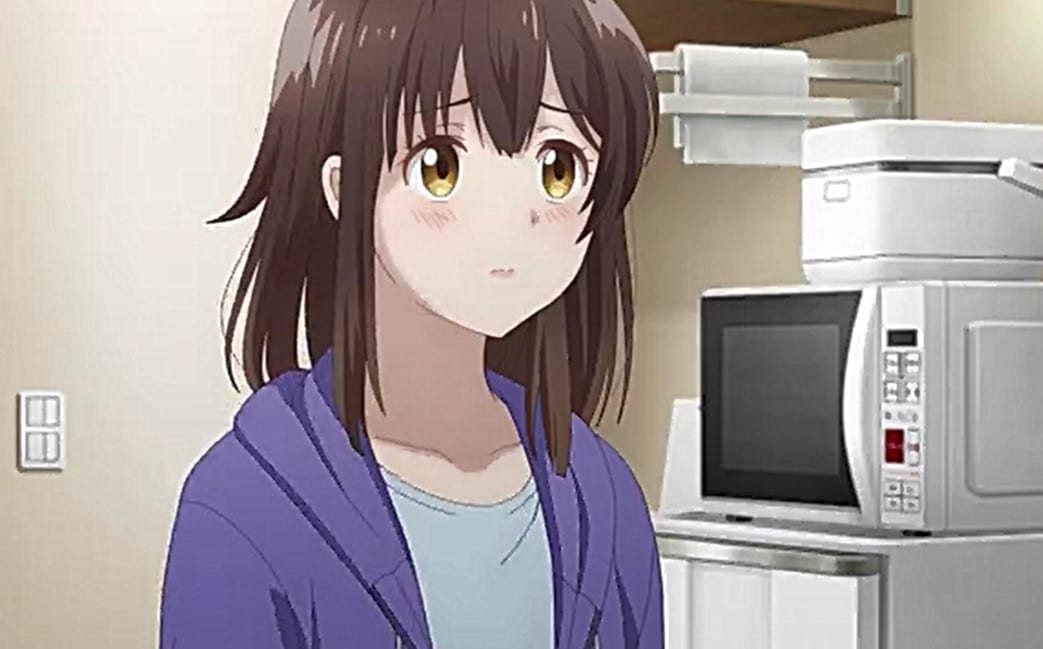 Yoshida has gone on a date with Getou, and after a date, they went to the hotel and slept together. In the morning, Yoshida waked up and told Sayu that he is going to work. After he has left, Sayu wonders why Yoshida never touches him. She realizes that he doesn’t like young girls, but he must consider her feelings. She wonders when he will do it with him. Sayu wonders why Yoshida allows her to care for everything inside the house, but he will never consider her as his wife.

At work, Yoshida talks with Mishima about her next work. She told him that she would get everything done in time. Yoshida’s friend arrives and talks about Getou. He reminds Yoshida that he used to love Getou a lot. But he wonders what has happened to Yoshida that makes him get over Getou. Yoshida comments that they must leave the past and move on. Mishina told Yoshida that she had booked two tickets for them to watch movies together. She asks Yoshida to go on a movie date with her.

Previously on Higehiro: After Being Rejected, I Shaved and Took in a High School Runaway Episode 3

Yoshida realizes that he has to go home, but the movies started in an hour. Getou heard that and wonders why Yoshida is like this. In the evening, Sayu finished cleaning the house and waits for Yoshida to come back home. She is not aware that women are starting to consider Yoshida as a gentleman. But she is getting bored alone and wonders why she is staying here alone. Sayu started to worry that Yoshida might kick her out of the house, just like other men.

She thinks that if he gets a girlfriend, she has to leave the house. They are staying In a one-room apartment that fits two people, and if he brings a girl, it means Sayu has to leave. Sayu wonders if Yoshida is like any man who has used her and throw her out of their house. She wonders if Yoshida will get the courage to do it with another girl or he will remain a virgin. But she is not aware that Gotou slept with him last night. Sayu started to wonder why she is feeling like this and why she can’t see Yoshida with another girl.

Yoshida sent her an SMS telling her that he would watch a movie with a colleague at the nearby station. He also told her that he would eat at home. Sayu decided to cook for Yoshida, and she wonders if he is not talking about Gotou. Meanwhile, Yoshida has just finished watching a romantic movie with Mishina. They talk about the movie called The World Is so Gray Without You, and they both like the love and romance going on there. 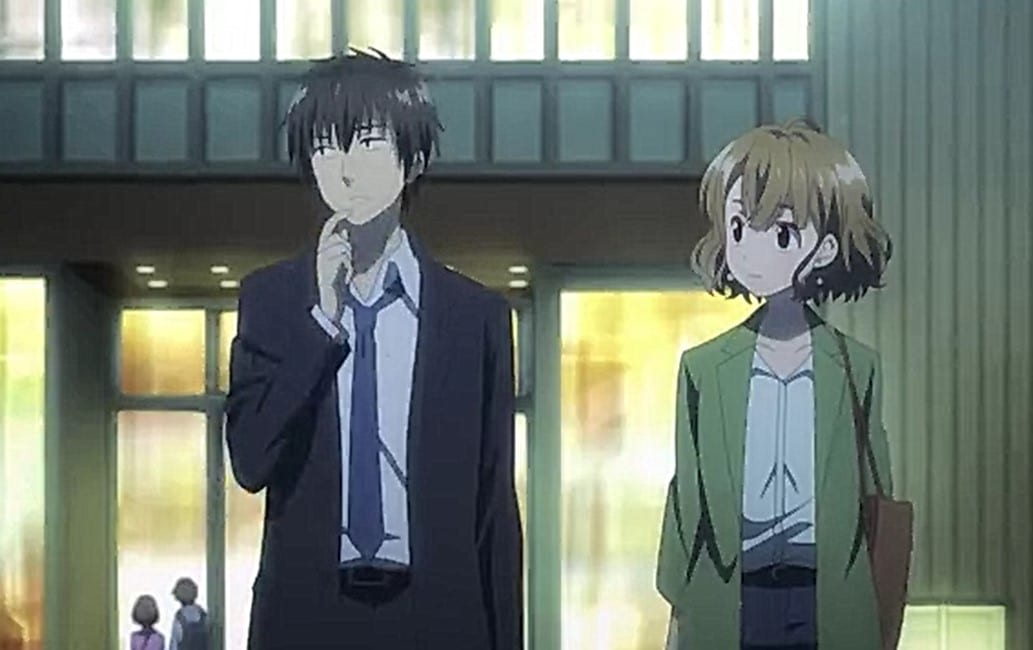 Mishina talked about fate on the way home and said when she gets a chance, she won’t let go of it. Yoshida didn’t understand what she is talking about, and he wishes her good luck. Mishina hugs Yoshida, who is not aware that she is in love with him. He is just surprised why his colleagues are like this. Sayu is around the corner, and she has seen everything. She heads back home without being seen with a sad face. She thinks that Yoshida and Mishina are dating.

But she is not aware that Mishina hugged Yoshida out of the blue. After hugging Yoshida, Mishina asks Yoshida if his heart has skipped a beat. Yoshida told her that it didn’t and he can get off him. Mishina got sad for few moments after realizing that Yoshida is not into her. But she pretends like everything is fine and said that the movie was great. Yoshida thanks her for the movie date, and they both part ways. When she is leaving, Mishina turns back and asks him if he would do it if she was a person fated to be with.

Yoshida told her to stop being stupid and go home. When he arrives home, he finds that Sayu is not there. Yoshida started to look for her wondering if someone has kidnaped her. He manages to find her with Mishina and wonders what the two were talking about. When they arrive home, Sayu gets naked and asks Yoshida to do her. Yoshida told her that he is not in love with her and he doesn’t have to sleep with the girl he is not in love with. They both agree, and Sayu gets dressed, and they talked about how life is around.

Higehiro: After Being Rejected, I Shaved and Took in a High School Runaway Episode 4 Release Date and Preview

Higehiro: After Being Rejected, I Shaved and Took in a High School Runaway Episode 4 will air on Monday, 26 April 2021, at 10:30 PM JST. You can watch HIGEHIRO’s latest episode online on Crunchyroll.

Also, read Preview: Higehiro: After Being Rejected, I Shaved And Took In A High School Runaway Episode 3.