He’s All That Netflix: What is The Show All About? 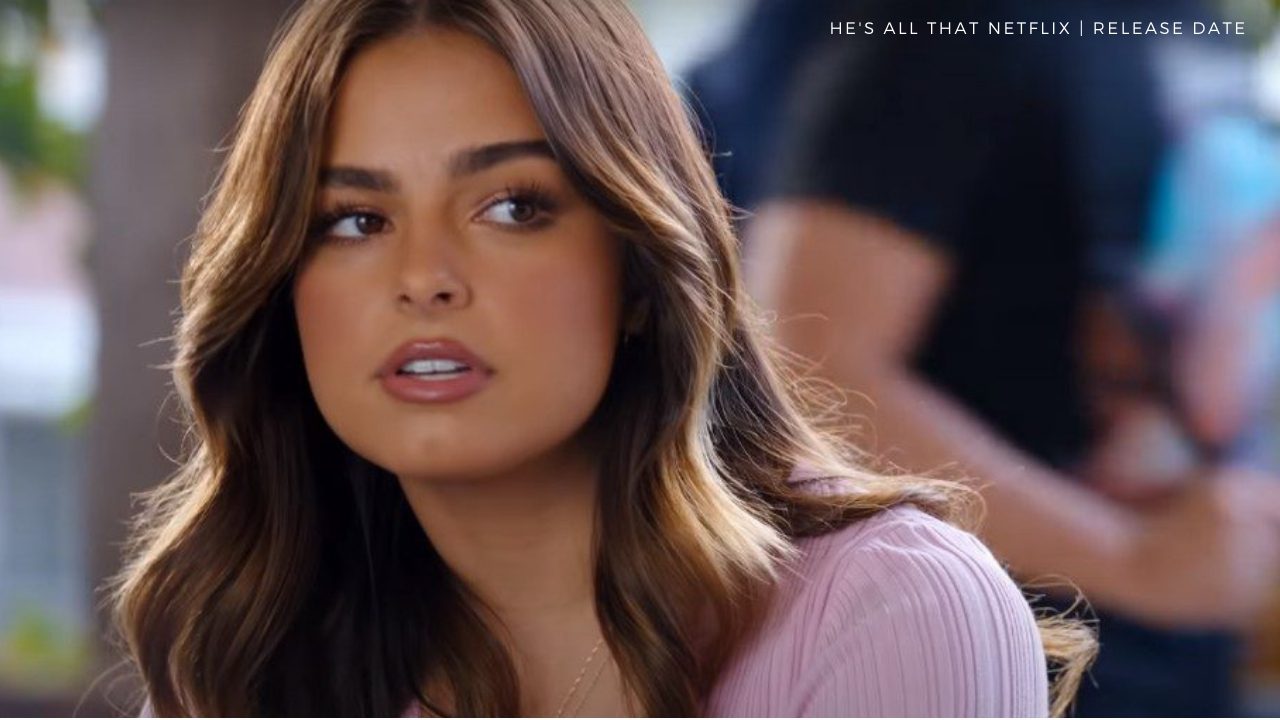 Remember the 1999 rom-com She’s All That? Well, today in this article we cover the He’s All That Netflix release date. Let’s begin by saying that this is a gender-swapped version of the 1999 millennial nostalgia classic. And let’s also say that Netflix spent some cash on yet another movie with a TikTok star, namely the lovely Addison Rae. And she plays a low expectation social media superstar with the same basic premise as its predecessor. The popular one picks up an ugly duckling for prom, and they fall in love.

That’s the entire premise of the movie. Addison Rae and Tanner Buchanan play this game of romantic shenanigans in some American high school. He’s all that takes inspiration from She’s All That when Freddie Prinze Jr. and Rachel Lee Cook played the original roles. In that movie, Freddie was the cool high school athlete who picked up Rachel Lee Cook, an ugly duckling and unpopular girl from High School for a prom date after betting with his friends on a round of who-gets-the-best-chick.

He’s All That Netflix Release Date

He’s All That dropped on Netflix on August 27, 2021. It’s right now available for you with a basic Netflix subscription. In this movie, you’ll see TikTok star Addison Rae acting. And that’s a completely different game from TikTok. Additionally, this movie by Mark Waters had an R. Lee Fleming Jr. script. Moreover, this is the era of remakes, prequels, sequels, and reboots. This era of millennial nostalgia oftentimes brings us nonsensical productions like this one. We can’t wait to read or hear everybody criticizing Addison Rae’s poor acting game. But hey! Let’s give her a break.

If you’re acquainted with the storyline of She’s All That, this is similar, except the gender roles have been completely reversed. Padget, a social influencer, takes a challenge to transform Cameron, the school nerd, into prom king. At this point, we know that Addison’s character Paige seems to fall for her “project,” and he eventually realizes he’s simply a social experiment for her… you know how it goes. We’re looking for some strong message that appearances aren’t everything and that suddenly making someone seem cooler doesn’t really alter things.

He’s All That Explained

Netflix’s latest movie ‘He’s All That’ is a reimagining of the 1999 movie ‘She’s All that’ with Addison Rae and Tanner Buchanan in the lead roles. The movie is set in the world of Tik Tok and Instagram where popularity on social media is everything. During the party, Jordan tries to make a move on Cameron’s younger sister Brin (Isabel Crovetti), and a fight breaks out between them and their family. After the fight, Jordan throws Cameron’s camera into the pool and is kicked out of the prom. Heartbroken, Cameron leaves and decides not to go to prom because he doesn’t want to ruin things for his friend.

In the final moments, we see him trying to decide if he should go to the event even though he knows that he genuinely wants to go there. In the film, Padgett realizes that everything she’s built on social media is fake and that her biggest concern is not to lose Cameron. She nevertheless goes to prom and asks Brin to try and persuade Cameron to come too. The film’s closing scenes then show the two horseriding and traveling around Europe together. It shows that their relationship is for real and that they are embarking on shared dreams.

He’s All That Production Details

Since last year, Netflix production guys said that they wanted to spin the tables on She’s All That. With that gender-swapping thing, writer R. Lee Fleming Jr and director Mark Waters decide to pick up the project. The production crew cast TikTok star Addison Rae, a girl without any acting skills, just good looks. And they paired her with Myra Molloy, Madison Pettis, Tanner Buchanan in the opposite male lead, and Isabella Crovetty and Annie Jacob.

The original star from She’s All That Rachel Leigh Cook joined the cast for the role of Addison Rae’s mother. While Cook will play the girl’s mom, she’s in no way connected to her character played in the original 1999 movie by Miramax opposite Freddie Prinze Jr. Moreover. The movie’s main photography took place at Union Station in Los Ángeles, California, United States, right in the middle of the pandemic, a gesture that made a lot of people uncomfortable and filled the production with criticism. Still, the movie is out, and if you feel like it, you should go watch it. That’s a wrap here at Otakukart, where we post daily updates on all your favorite series and Movies.

Also Read: Titletown High: Is It Available On Netflix?