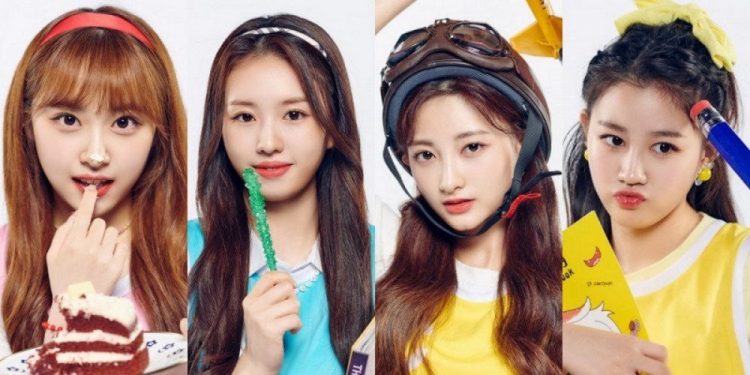 FCENM Entertainment is all set to debut their first girl group, ILY:1. Finalizing the members, the company has also released the profile of the four previously selected members ILY:1 on January 11. Along with the pictures of the two newly finalized members. The girl group consists of six members, through which four girls from the survival show ‘Girls Planet 999’ will be making their debut. While two girls will be making their debut again with the girl group. While there’s no fixed date announced yet for the debut, ILY:1 is expected to debut in March 2022. Except for the social media setup, not much information about the debut has been out yet, either.

Having six members, ILY:1 consists of Nayu, Hana, Ara, Rona, Ririka, and Elva. Along with ILY being the acronym for ‘I Love You’. The combination of the word ‘I’ and the suffix ‘-ly,’ refers to ‘like I’ or ‘like myself,’ while the ‘1’ represents the individual members with their unique characteristics coming together as one group. ILY:1 will be pronounced as ‘eye-li-one.’ While fans are excited for the debut, many are wondering if they’ll be able to keep another girl group on track. As so many survival shows and girl groups from major agencies are debuting this year too.

Here Are All The Updates About ILY:1 Out Till Now…

Kishida Ririka will be continuing with her stage name Ririka. Being an 02 liner, she is born on July 2. Hailing straight from Japan, she’ll also be serving as the vocalist of the girl group. Full of charms, she loves to draw and excels in classical ballet as she’s been practicing since she was three years old. She was also a part of the former J-pop girl group ‘Orange Latte’ along with Hana. She owes a bit of her fame to the Nizi Project Season 1 before joining the Korean survival show ‘Girls Planet 999’.

Being an 00 liner, Hana is born on February 27. Hailing straight from Japan, Hana will serve as the main dancer and the vocalist of the girl group. Back in Japan, she has been a part of a Japanese survival show and a J-pop girl group, ‘Orange Latte’. After being confirmed as a contestant on ‘Girls Planet 999’ in July 2021, Hana has given many amazing performance on stage. And was introduced with the keyword “Girls Generation”.

Lee Yong Hwa will be going on with her stage name Elva. Being an 03 liner, she is born on May 5. She’ll be serving as the rapper of the group. As the final member to joining ILY:1, she is also Elva is also the maknae of the group. And was only announced as a member on January 11, 2022.

Lee Yun Ji will be going on with her stage name Ara. Being an 02 liner, Ara is born on January 23. She’ll be serving as the vocalist of the group. Before signing with FCENM Entertainment, Ara used to be a trainee at Cube Entertainment. She’s also an alumni of Seoul School of Performing Arts. Being a former trainee, she’s good friends with TREASURE’s Yedam, KEP1ER & CLC’s Yujin, and influencer Kim Kyujong. Along with being a good singer, she also knows how to play drums and some magic.

Being an 02 liner, Rona is born on June 5. Hailing from China, Rona will be serving as the vocalist of the group. Continuing with her stage name Rona, Zhāng Jìng is full of energy. She is very flexible and good at dance. She used to be a part of TPE48 but had to drop out after AKS took over the project. And was also a trainee under Yuehua.

Kim Yewon will be going on with her stage name Nayu. Being an 02 liner, she is born on July 23. She’ll be serving as the leader and the main vocalist of the group. On January 9, it was announced that Nayu would be joining as the fifth member of the group.